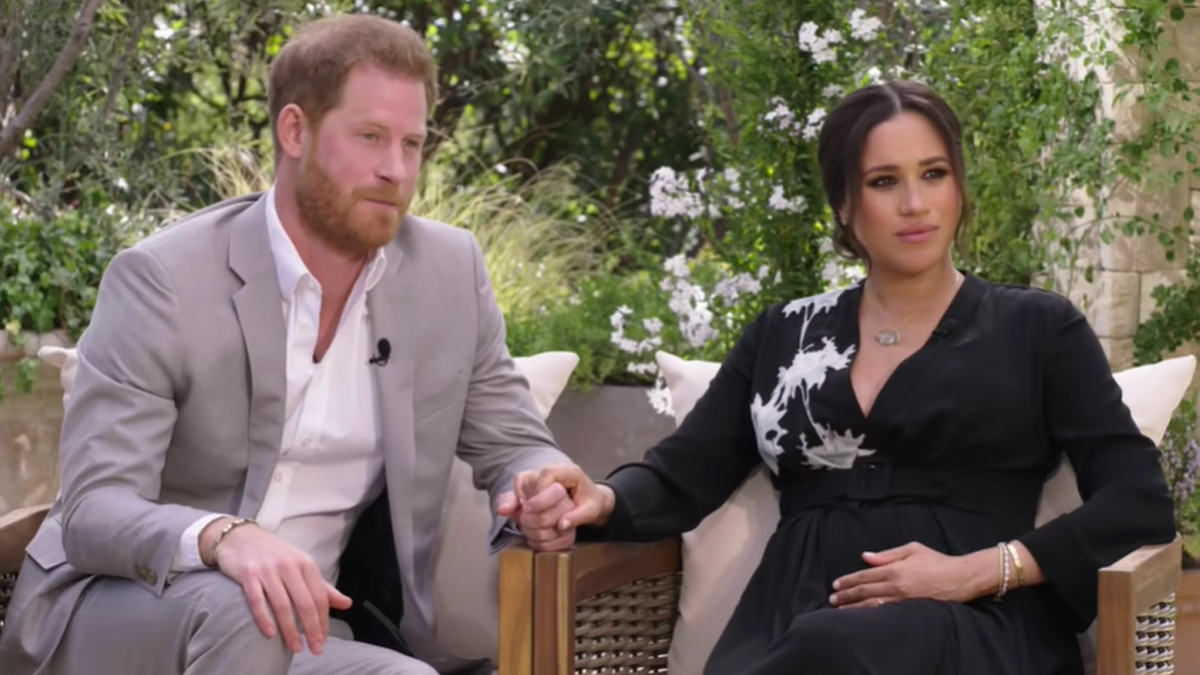 Prince Harry and Meghan Markle bare it all in their two-hour interview with Oprah Winfrey.
PHOTO/S: Screengrab from CBS on YouTube

Prince Harry made it known in the two-hour interview with Oprah Winfrey that he has been dipping into his inheritance from Princess Diana for financial support after he and wife Meghan Markle left their royal life in January 2020.

Prince Harry revealed on Sunday, March 7, 2021 (U.S. time) their royal stipend was stopped in the first quarter of 2020 and that without his inheritance from his late mother, "we would not have been able to do this."

He said Princess Diana would have approved of their decision to break away from the royal pack given her own troubles with the royal family and the British press during her time.

Prince Harry told Oprah, "Touching back on what you asked about what my mum would think of this, I think she saw it coming. I certainly felt her presence throughout this whole process."

Prince Harry gained access to his inheritance on his 30th birthday in 2014.

It was reported that Prince Harry and Prince William were to split an inheritance amounting to GBP70 million or nearly $100 million from the Queen Mother, Queen Elizabeth II, when she passed away in 2002.

According to cheetsheet.com, the Queen Mother reportedly left more for Prince Harry as Prince William stands to earn more once he officially inherits the throne.

However, Forbes.com reported on February 26, 2021, that Prince Harry did not receive anything from the Queen Mother's inheritance as he wasn't a beneficiary.

ON PRINCES CHARLES AND PRINCE WILLIAM

Asked by Oprah about his relationship with his father, Prince Charles, after his exit, the Duke of Sussex said he "stopped taking my calls" at one point.

He openly talked about his disappointment, "I feel really let down, because he’s been through something similar. He knows what pain feels like."

About Prince William, he said, "I love William to bits. He's my brother. We've been through hell together. I mean, we have shared experiences, but we're on different paths."

Prince Harry vowed he would "always love" his father and left it at that, fully understanding that Prince Charles and William are "trapped" by the conventions of the monarchy since they are the ones who will inherit the throne.

He said, "My father and my brother, they are trapped. They don’t get to leave. And I have huge compassion for that."

Prince Harry and Meghan stayed in Vancouver Island in Canada after leaving Britain on January 21, 2020 and in March 2020, they moved to Southern California with the help of Tyler Perry, a billionaire filmmaker who opened his mansion to the couple while they were looking for a new home.

Prince Harry and Meghan are now settled in their USD14.7-million estate in Santa Barbara, California. The couple is also expecting their second baby, a girl, in summer.