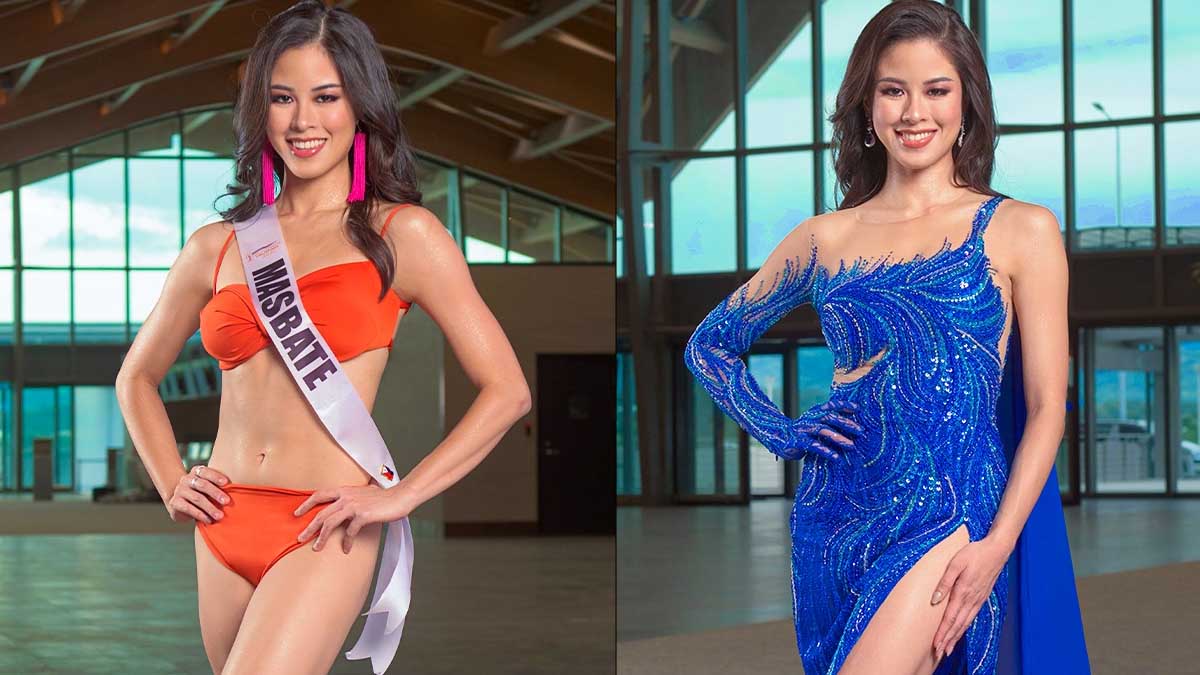 The pageant's preliminary competition was held at the new terminal of the Clark International Airport in Mabalacat, Pampanga. It was streamed via KTX.ph, Sunday night, September 26.

Kisses showcased her pasarela, dubbed by fans as "miracle walk," and flaunted her well-toned abs during the swimsuit round of the preliminary competition.

Kisses and 27 other candidates wore a red-orange swimsuit from PauLina, the swimwear line of Filipino fashion designer and pageant mentor Mikee Andrei.

Kisses's fans took to Twitter to show their unwavering support for the 22-year-old Masbateña after the preliminary competition.

Radio DJ MigoNico wrote, "She deserves the crown more than anyone else right now. The most genuine and humble heart i ever met with that kind of status she has. 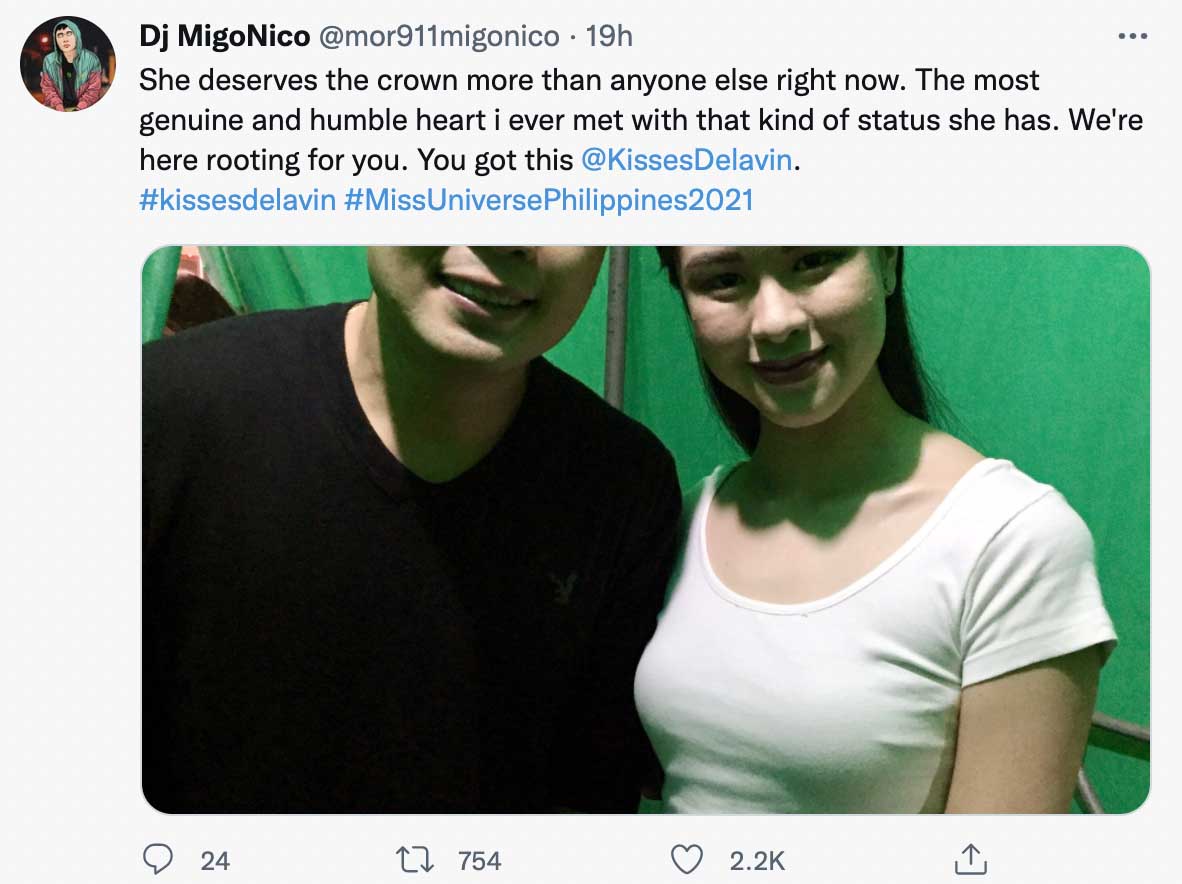 Twitter user @imhabibti was amazed by how Kisses was able to carry herself on the runway.

The netizen wrote, "It isn't about the height. It's about how she carry herself. Girl I'm impressed @KissesDelavin. The stage presence! [fire emoji] Naloko mo kami sa runway challenge. [emojis] #MissUniversePhilippines2021." 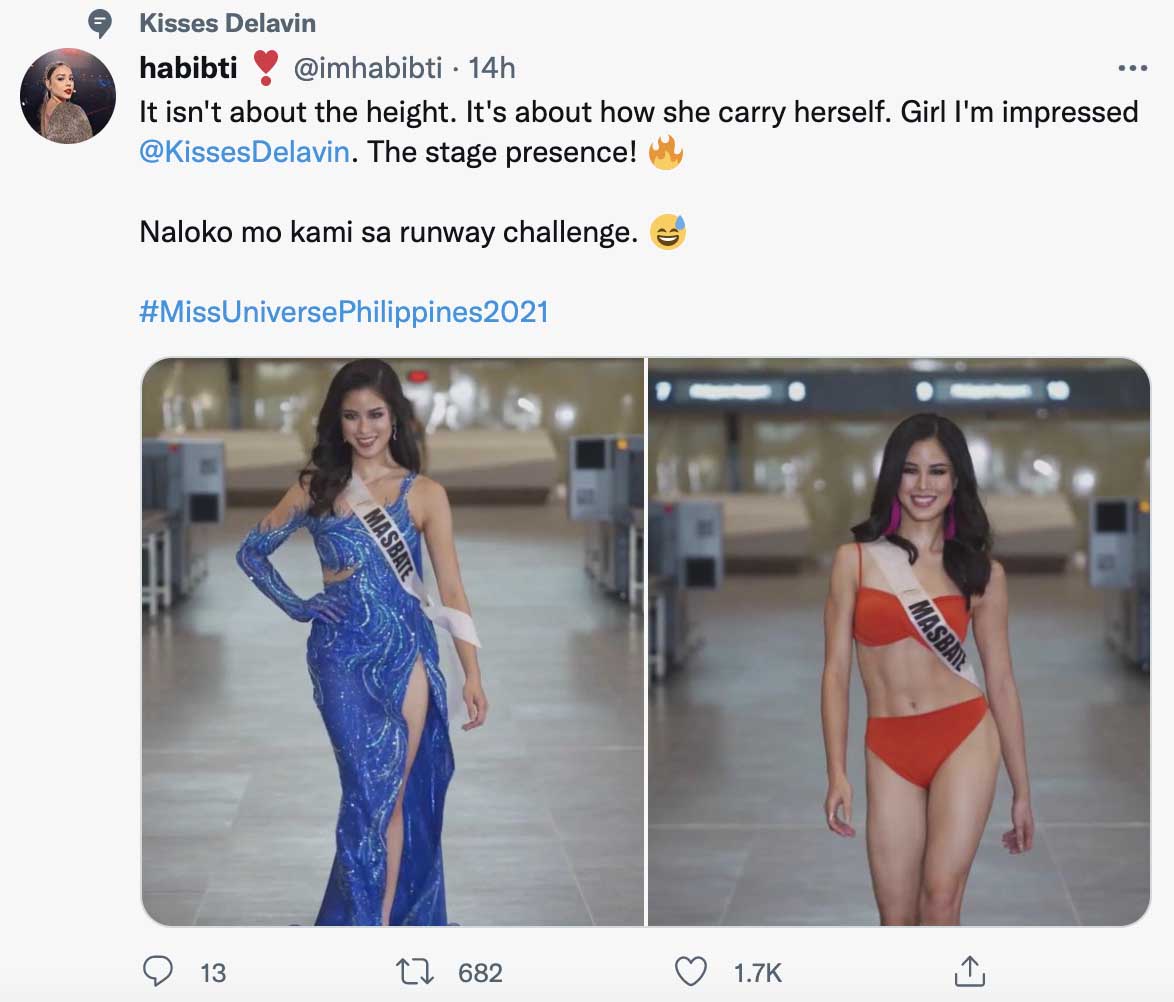 He wrote, "Kisses Delavin from Masbate is a revelation in #MissUniversePhilippines2021 preliminary competition."

He also reminded other pageant fans to refrain from bashing other candidates.

@chxnfernando continued, "Just a friendly reminder, people! She's a Filipino. Don't lose your morals and disrespect her dignity over a competition. Kababayan siya hindi kalaban. Give her a chance." 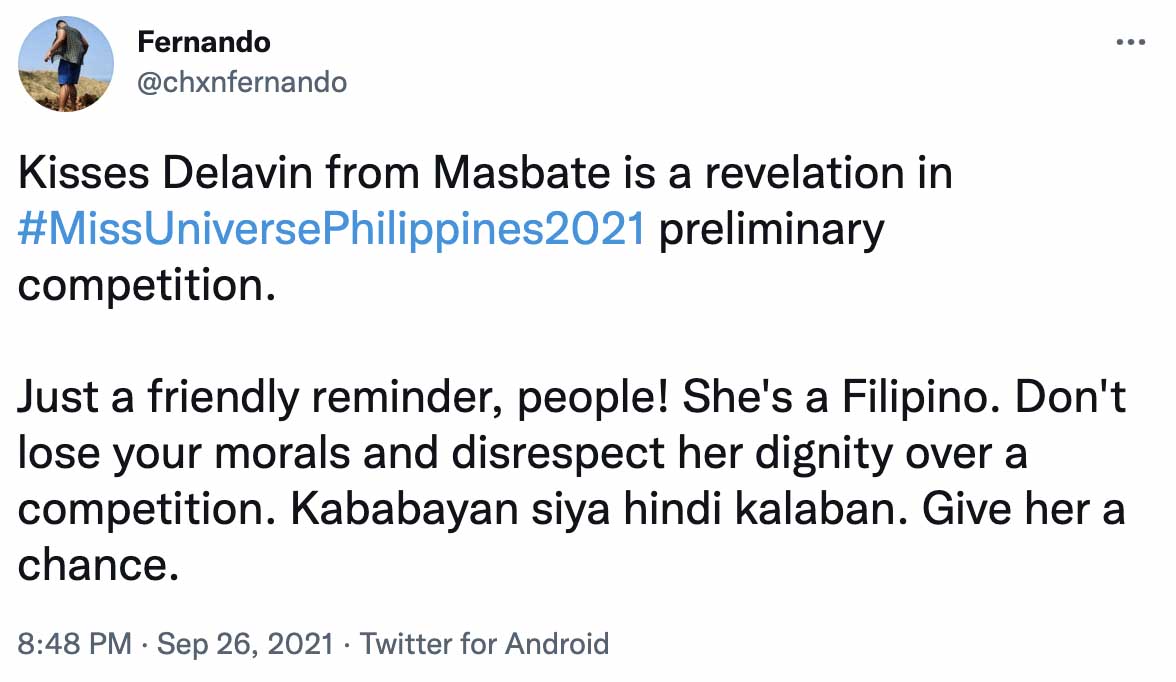 The candidates of Miss Universe Philippines 2021 are now in Panglao, Bohol. The grand coronation of the pageant will be held on September 30, 2021, at the Henann Resort Convention Center.

Meanwhile, fan voting via the Lazada app will end on September 29, 2021. The candidate with the highest fan votes will automatically secure a spot in the Top 16.