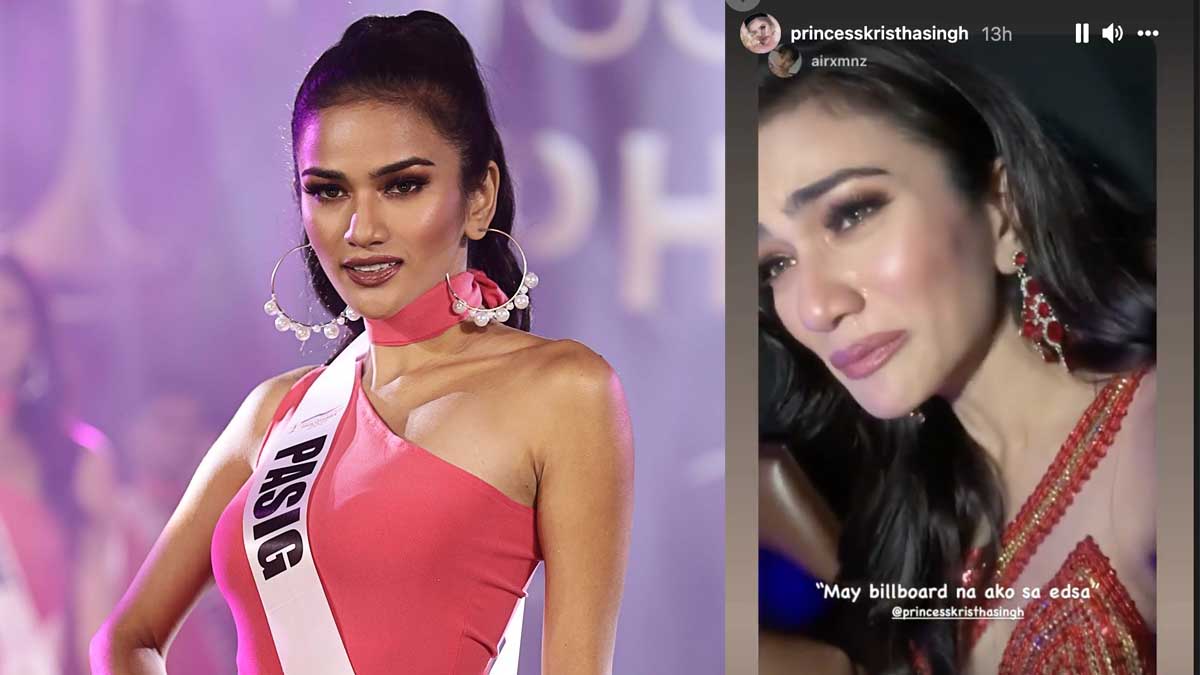 Princess Kristha Singh of Pasig City missed her chance to bag the Miss Universe Philippines crown, but she remains a winner in the hearts of her most loyal fans.

Princess was among the Top 28 candidates who took part in the pageant's in-person competition, but she did not make it to the Top 16.

Still, Princess went home as a winner for bagging one of the sponsor awards during the coronation night.

She was named Miss Coppermask, which entailed a cash prize of PHP300,000 and one year supply of face masks.

Multimedia artist Air Jimenez, who was part of the pageant's digital team, took to Instagram Stories to share Princess' light-hearted moment backstage during the event.

In a behind-the-scenes video, which Princess also reshared on her Instagram account, she is seen tearing up on realizing the competition is over for her.

On the other hand, she is grateful for the experience and the prize she will take home as Miss Coppermask. 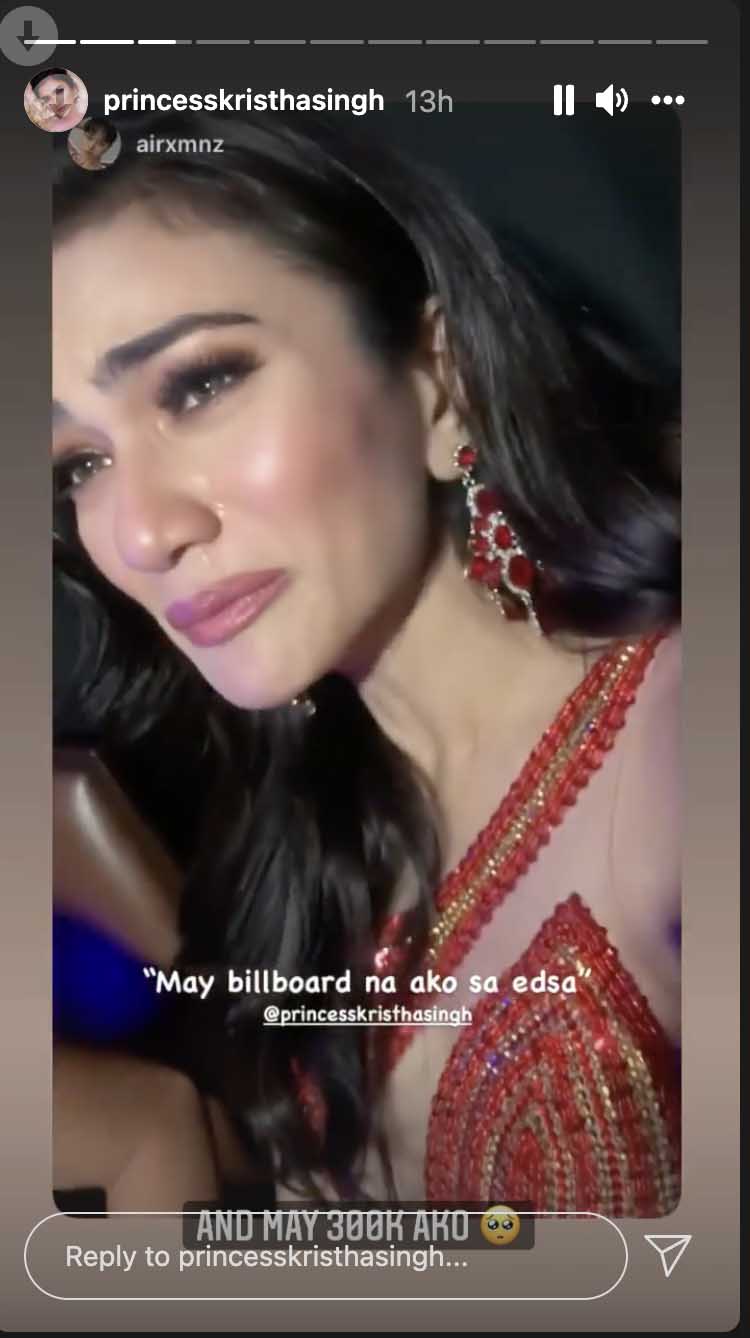 In an Instagram post hours before the grand coronation night, Princess revealed that seeing her face on a billboard would be a special treat as it's been one of her biggest dreams.

Part of her caption read: "the winner gets a cash prize and a billboard in Edsa, alam niyong pangarap ko yun! ILABAN NATIN TO! Hahaha!"

In her next post on Instagram Stories, Princess congratulated her pageant sister Maureen Wroblewitz for her 1st runner-up finish. 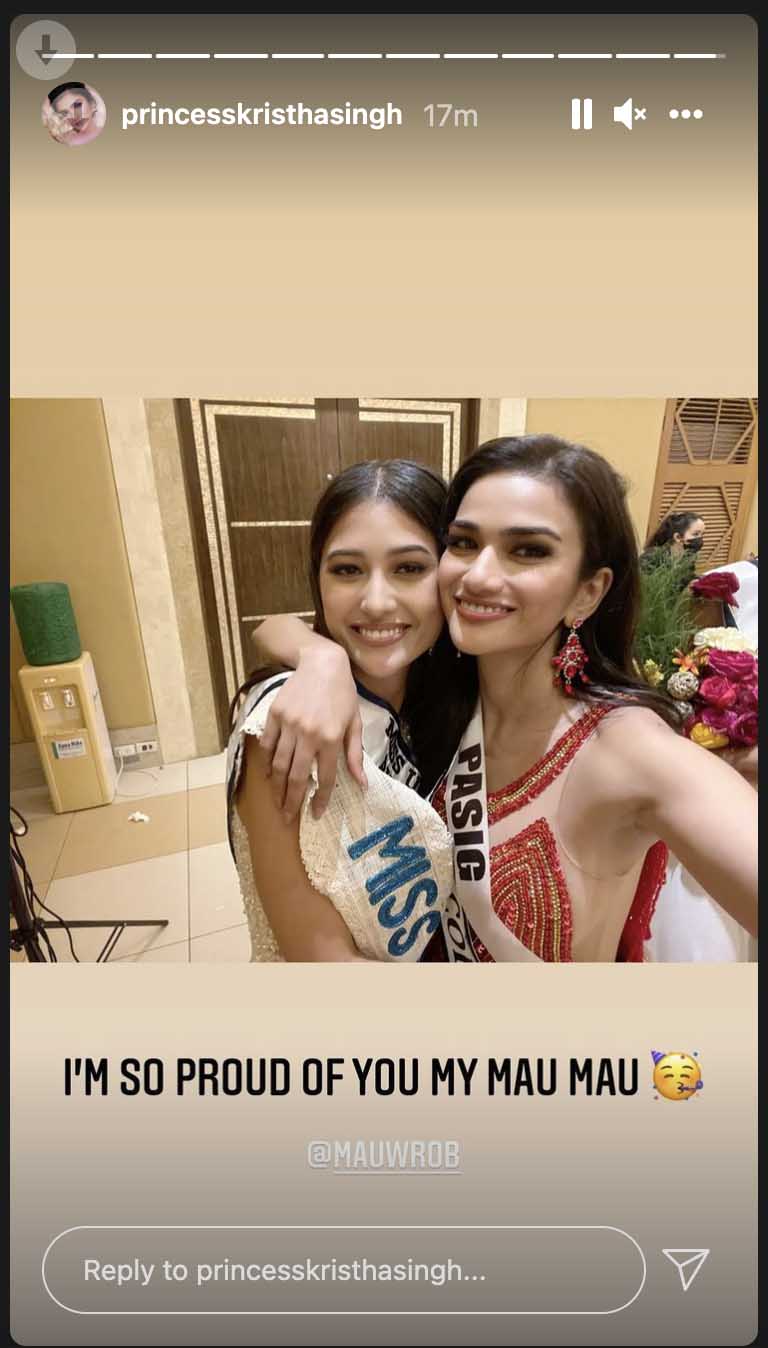 Princess previously went viral for her "kilig" reaction to Vico Sotto during her courtesy call to the Pasig City mayor.

The Filipino-Indian beauty queen and model is a flight attendant for Qatar Airways, and also a licensed pharmacist.

At age 26, Princess still has one more chance to join the Miss Universe Philippine pageant in which the age limit is 28.