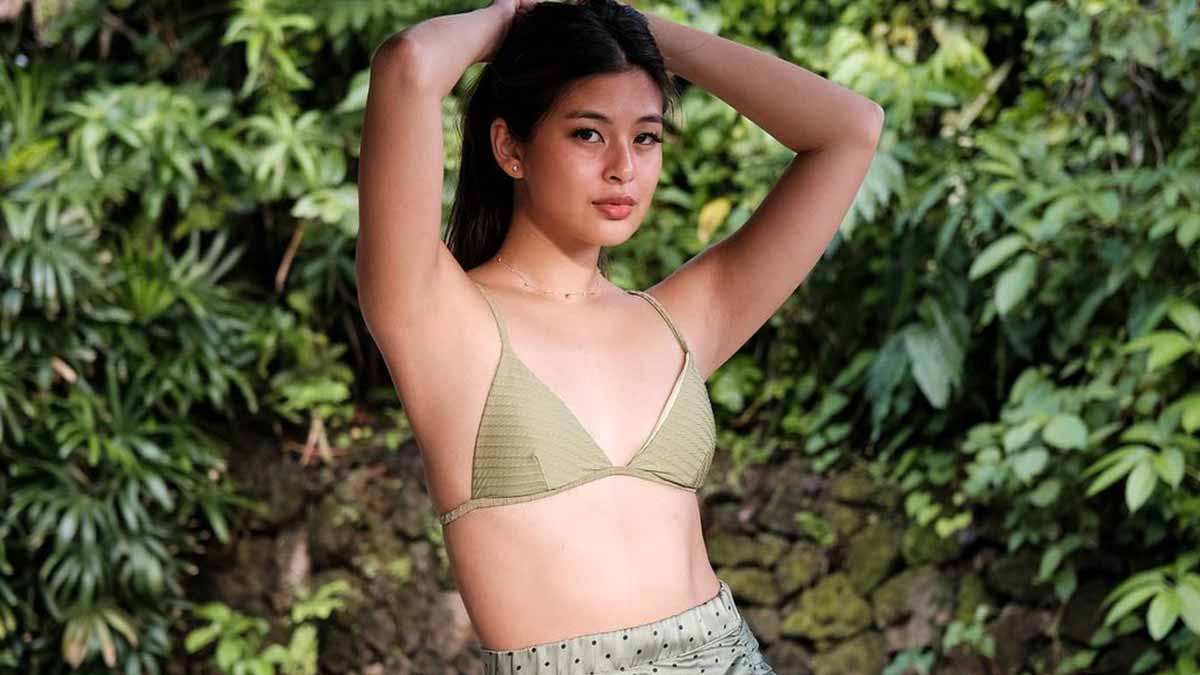 On Saturday, October 2, 2021, the 22-year-old actress posted a photo in an olive green bikini that she paired with a wrap dress in the same color.

Based on the geotag of her post, the photo was taken during her mom Tez Lopez's week-long birthday celebration at The Farm at San Benito in Lipa City, Batangas.

In her caption, Gabbi admits, "I used to be so shy & hesitant when it comes to wearing triangle-shaped bikini tops. 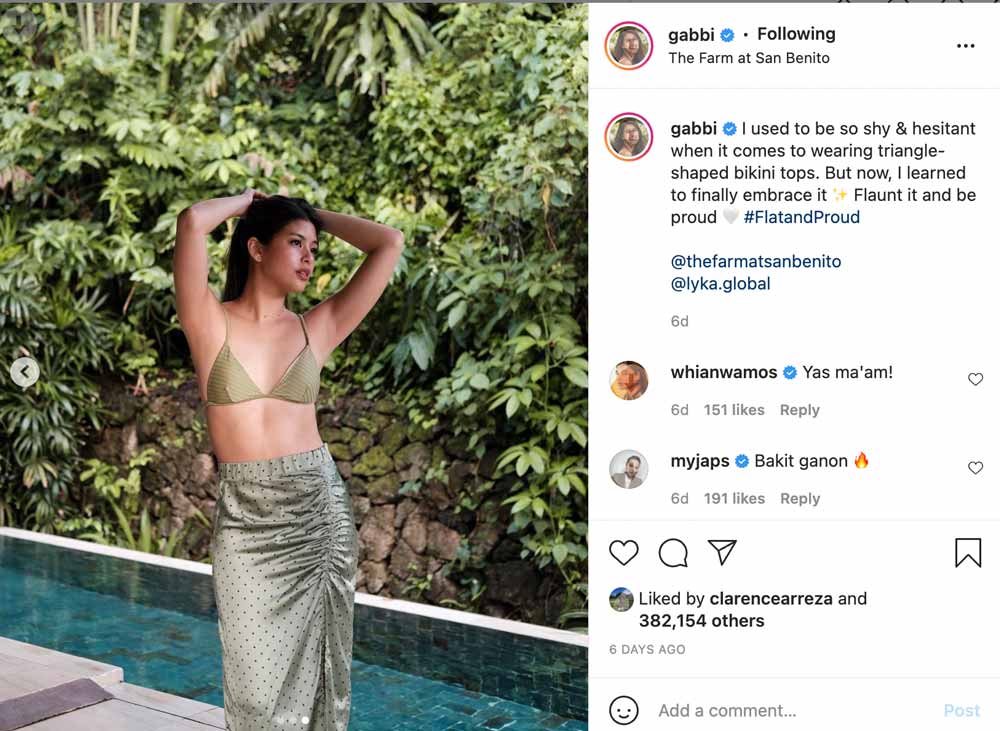 After almost a week, Gabbi's post has garnered over 382,000 likes. Her closest celebrity friends showed their support for the actress in the comments section of her post. 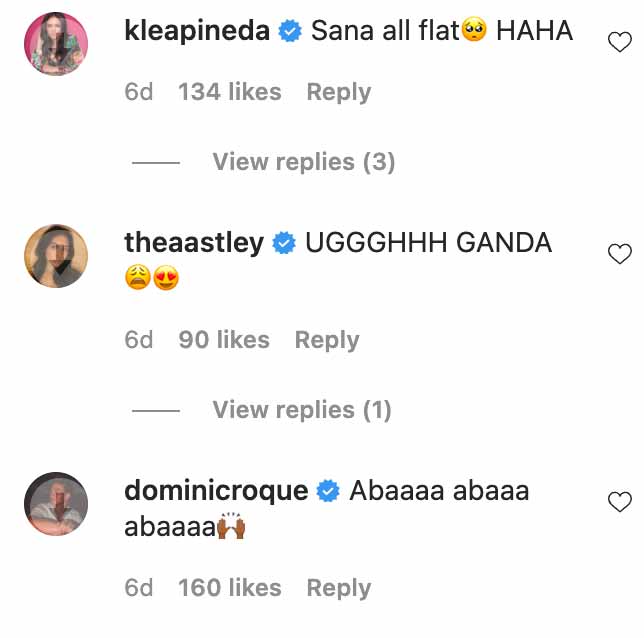 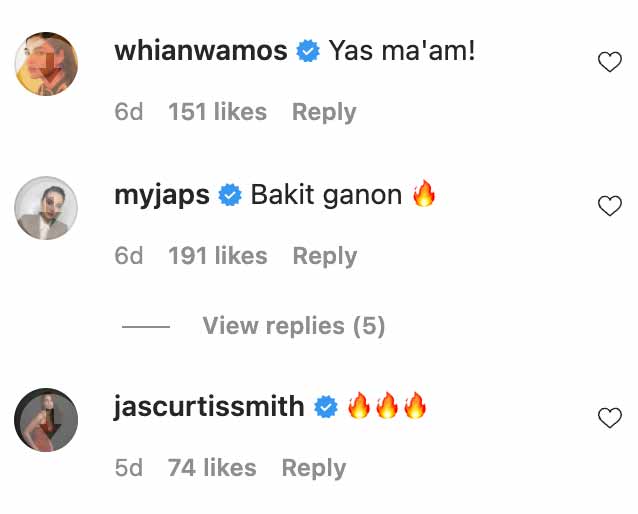 This isn't the first time Gabbi has written her thoughts about her body image.

In a post on Twitter last August 25, 2021, the morena actress called out her body-shamers who put her down with comments such as "ang taba mo," "chubby ka na," and "buntis ka ba."

Part of her tweet read: "omaygad can we all stop & take a break from body shaming??