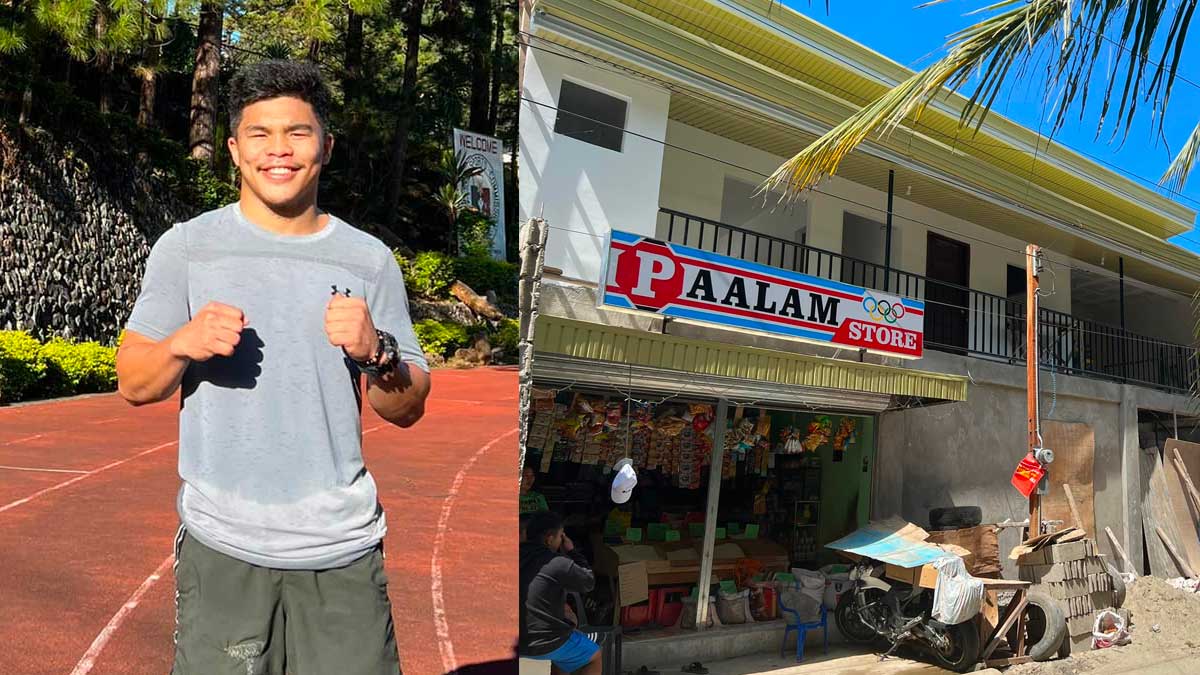 The Olympic athlete proudly showed the fruits of his hard work in a Facebook post uploaded on January 11, 2022.

"Another hard work earned [emoji]," Carlo wrote in the caption of his post.

According to an article by Business Mirror, the building sits on a 200-square-meter lot in Zone 10 Upper Carmen, Cagayan de Oro City.

Aside from the mini grocery, other commercial spaces on the first floor and the apartment on the second floor are also available for lease.

In the same article, Carlo mentioned that he bought the lot after winning the men’s flyweight bronze medal at the 2018 Asian Games in Jakarta, Indonesia, which earned him PHP950,000.

The construction started when he earned another PHP850,000 for winning a gold medal at the 2019 SEA Games.

In his interview with Charo Santos-Concio for his Maalaala Mo Kaya episode early this month, Carlo revealed that he has also invested in a farm after winning a silver medal at the 2020 Tokyo Olympics in August 2021.

Carlo received a total of PHP24.5 million cash from multiple sources as part of his incentives for winning a silver medal at the Tokyo Olympics.

He also received a fully-furnished house and lot, which is located at Blue Farm Villa in Davao City, amounting to PHP1,568,314.08 million from the National Housing Authority.

Indeed, the fomrer scavenger has come a long way, thanks to his love for boxing.

The Olympic athlete is currently in Baguio for his training.