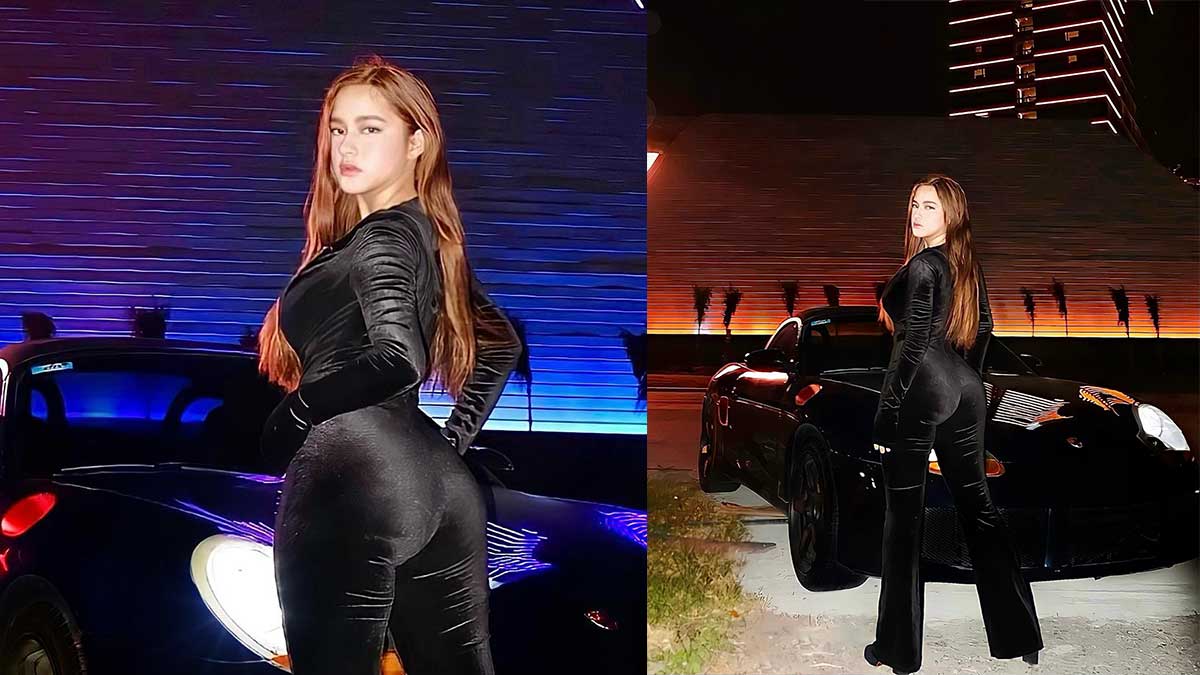 GMA-7 teen star Jillian Ward appears to be channeling her inner Catwoman as she poses in front of her brand-new Porsche.
PHOTO/S: @jillian on Instagram

At 17, GMA-7 teen star Jillian Ward has achieved her dream of buying a sports car.

Posing in front of her sleek black car, the Prima Donnas star appeared to be channeling her inner Catwoman.

She wrote in the caption, "My first sports car. [emoji] @porsche."

Jillian did not mention the model of her Porsche, but the price range of a brand new one ranges from PHP5.9 million to PHP13 million depending on the model.

The comments section was also filled with emojis from her fans and friends.

Jillian also owns a new BMW, which she bought in November 2021, merely four months before getting a Porsche.

The former child star wrote in the caption of her post about her acquisition then, "my new baby car [black heart emoji]"

Jillian has two other cars parked in the garage—the family's Ford pickup truck and her black taping van.

Aside from the cars, Jillian has also invested in a two-story house in Quezon City.

In an interview with 24 Oras on September 12, 2012, Jillian's mom Jenny Ward said she has been guiding her daughter with her finances at an early age.

She revealed, "I put the money in the bank 'tapos she has her own account na hindi ko ginagalaw."