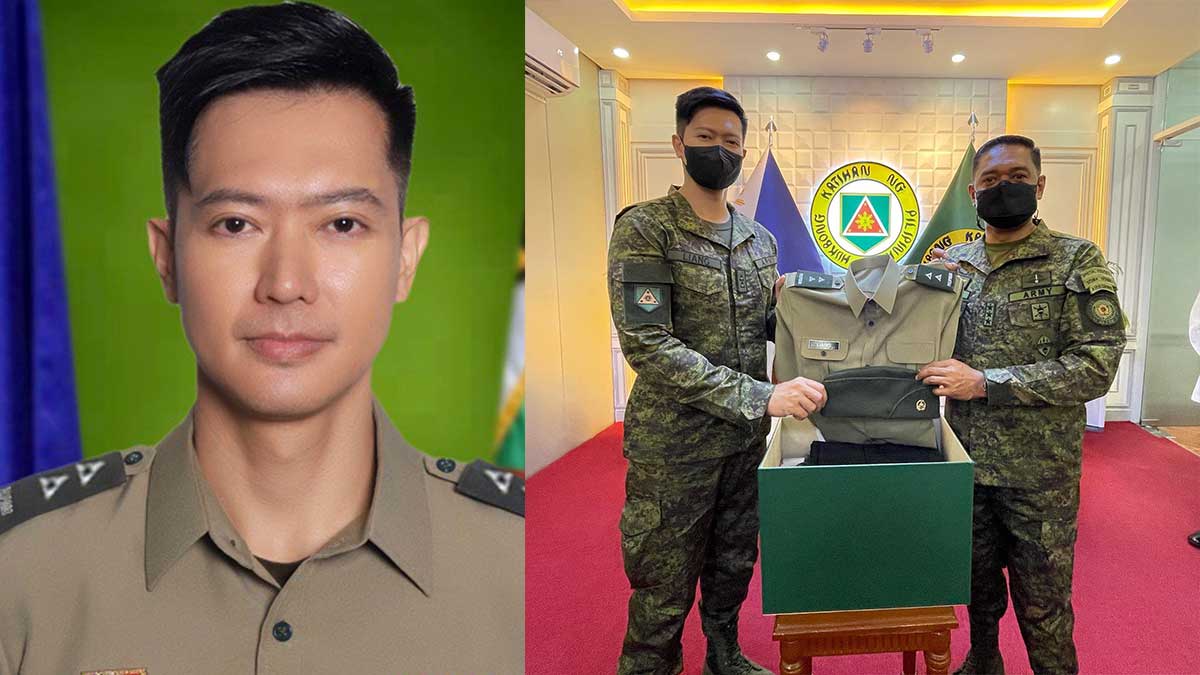 Ronnie Liang says his service as a volunteer in the army depends on his availability as an actor, but he vows to be there when duty calls.
PHOTO/S: @ronnieliang on Instagram

Ronnie Liang has achieved another milestone in his life outside entertainment.

The former Pinoy Dream Academy finalist has recently been promoted to first lieutenant of the Philippine Army Reserve.

Ronnie shared the news on Instagram on Thursday, March 10, 2022, with photos from his promotion ceremony.

In his caption, the singer-actor expressed his gratitude to the citizen army for this gesture of recognition for his service as a reservist.

In his exclusive interview with PEP.ph (Philippine Entertainment Portal) with the help of publicist Josh Mercado, Ronnie reiterated his thanks to the Philippine army.

"Thank you sa Philippine Army family for this honor for me and for my family. To God be the Glory."

On Monday, March 21, 2022, Ronnie also posted a photo of him in his new army uniform, which he uploaded in time for the Philippine Army's 125th anniversary.

in his caption, he wrote, "Happy 125th Anniversary to the Philippine Army! #KapayapaanParaSaLahat [emoji] #125thPhilippineArmyAnniversary #ServingthePeopleSecuringtheLand"

Ronnie vowed he will continue to do volunteer work as an Army Reservist, and although it will depend on his "availability" as an actor, he will be there when duty calls.

About his work, he will soon be doing the second season of the TV5 singing competition Sing Galing as one of the judges called "JukeBosses."