Forum Robinsons is closing—why are people going to miss it? 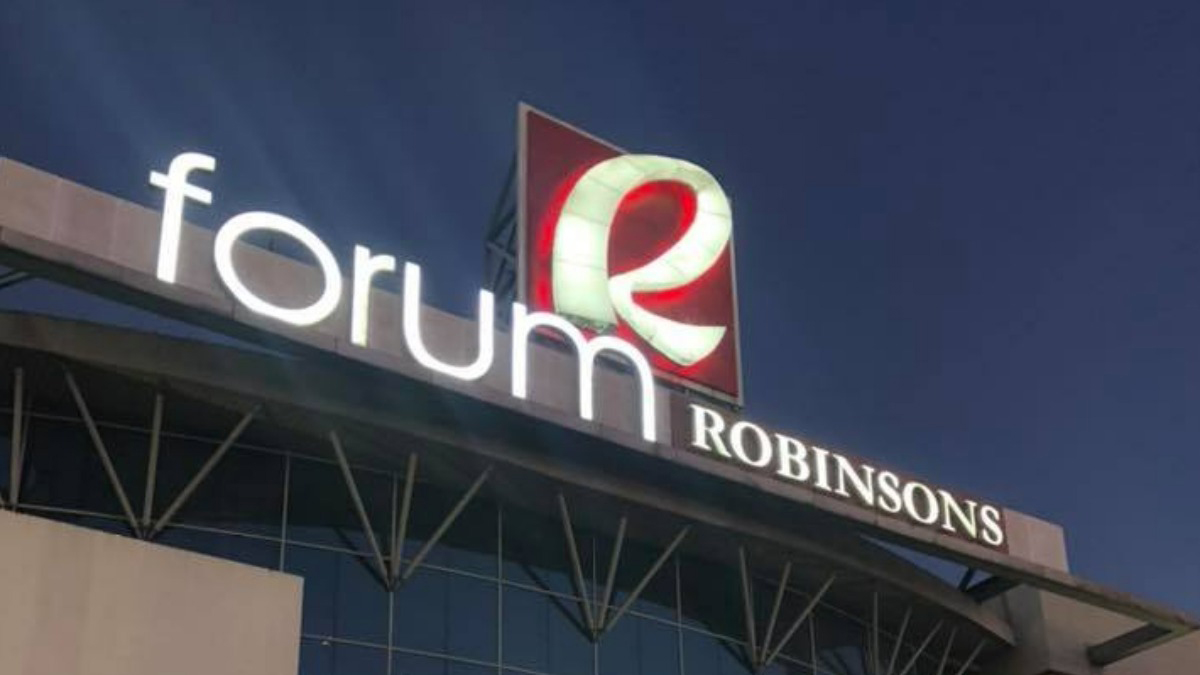 It's not a destination mall for unwinding, but Forum Robinsons had all the essentials needed by surrounding condo dwellers and BPO workers.

Forum Robinsons will close its doors on April 30, sending people online on a nostalgic trip of memories made in the 18-year-old Mandaluyong mall.

Over the past two years, Filipinos have mourned the closure of their favorite pre-pandemic spots, most of which had to say goodbye following the financial upsets wrought by a global health crisis.

While the closure of Forum Robinsons was called an opportunity for a fresh start and brought about a huge sale, its patrons will still miss it.

Whether you're sentimental or not, it's normal for people to get attached to spaces. It's called place attachment, and it's part of environmental psychology, an interdisciplinary study focused on the relationship humans have with their natural and man-made surroundings.

Forum Robinsons Closing Sale Has These Items at 80% Off

It's not a destination mall for unwinding, but Forum Robinsons had all the essentials needed by surrounding condo dwellers and BPO workers.

"My family knew that mall as Pioneer. When I was growing up, it felt like an adventure going all the way along EDSA from where we lived in Cubao to get to it...It felt like a grand place; can still remember how mesmerized I was by that fountain in the center," said Luna (not her real name), now a 20-something Mandaluyong office worker.

Located halfway between Robinsons Galleria and Megamall in Ortigas and Ayala Center further south, the Forum has been an Edsa fixture since 2004.

"It's where I used to hang out nung first few weeks ko at work," Zia (not her real name) said. Before the pandemic hit, she had been a mall regular for at least half a decade.

Forum Robinsons had a terminal for jeepneys along Pioneer Street, and buses plying EDSA would drop off passengers at the mall. You could also catch a tricycle or e-trike nearby.

When COVID-19 jabs arrived, the mall was transformed into a vaccination center.

By today's standards, the mall is no architectural feat. It has no trees or parks, and its setup was reminiscent of 2000s malls left behind as the world kept up with modern trends.

"I came back to the area thanks to work when I was all grown up and it was an entirely different place. The fountain was gone. It felt more like a transient space at that point, which it was for me as it was on my commute," Luna said.

Very little about it is worthy of a post on Instagram, but what it lacked in aesthetics it more than made up for in function.

"Like, I know we'd always say how ugly it is, but like...it really had everything, you know..." Zia said.

"I mean, may ID picture place pa sa Forum which saved my life when I was doing visa applications," she said.

That same place took the photos I had to submit for my first job.

It also had a money exchange tucked away in a corner, along with a small bazaar where you can get an inexpensive phone-screen protector and case. It had enough restaurant options if you got bored of the cafeteria choices at work.

It even had a hardware store connected to a supermarket that was lined with fast food kiosks. Regular customers were employees catching a quick meal during a break. That supermarket would sometimes carry products you couldn't find in other malls. You could leave the mall with fries, a few slices of dragon fruit, and a set of screwdrivers on sale, just because you can.

Watching a movie after work was also a go-to activity for employees working in establishments nearby. People can even get their hair done after a stressful day or before rushing to a big event. Just for kicks, I checked if the mall had a dentist, and it did.

Zia recalled a friend doing last-minute gift shopping there for Christmas of 2019. But more than anything, she enjoyed going there with coworkers to catch a breather in the middle of a hectic day.

Thanks for the memories

"It sounds so emo but, seriously, where are we gonna go now when you just want a break?" she asked.

The mall was there for almost every thing you could need it: grabbing medicine for a sick friend, ranting with a workmate over coffee, or buying wrapping paper for an anniversary gift.

Looking back, those little moments nurtured such an attachment for Zia: "Player of the Game iyan si Rob Forum. Napaka-underrated. Maaasahan."

As someone who also worked near the mall, it wasn't my first option for a fun night out, but it was the one that accommodated a quick cry session.

I got off work around 8 p.m. one day pre-pandemic, and ran into the basement of a coffeeshop to console a friend weeping over a terrible boss. No plan, no reservation, just be there. It was the closest place, and real-life tears didn't need a 'Gram-worthy background for these big emotional moments.

In fast-paced Mandaluyong where everyone seems to work overtime, tears publicly shed late at night is normal.

Everyone in Forum Robinsons will pretend they don't see you crying about work.

"There's something comforting about being alone there, maybe because it's always so busy and no one really cares," Zia added.

"It was a little sad seeing it so transformed, and even sadder now that it's officially closing. Still, hey, thanks for the memories," Luna said.