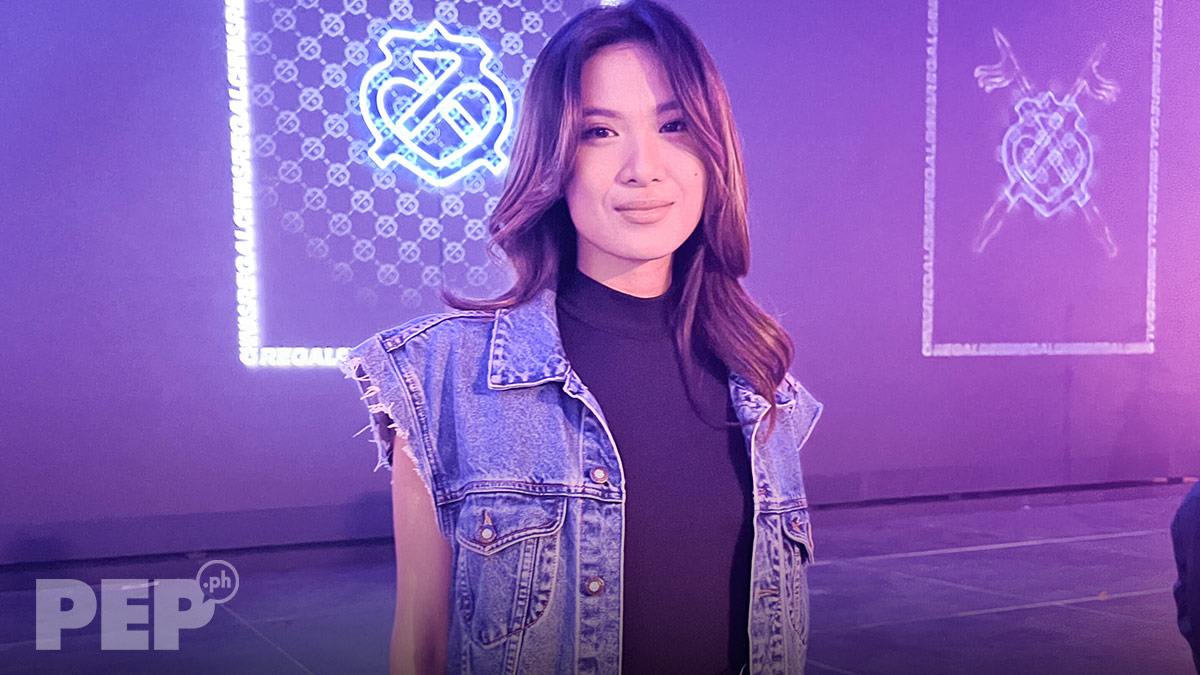 In an interview with PEP.ph, former Pinoy Big Brother housemate Lou Yanong reveals that she's not closing her doors to joining Miss Universe Philippines: "I feel like sobrang laking responsibility niya na kailangan prepared ka, di ba? You should really be prepared for that. And feel ko, at the right time, if ever, di ba?'"
PHOTO/S: Nikko Tuazon

Filipino pageant fans are clamoring for Lou Yanong to join a beauty pageant.

"I take it as a compliment, really," the Kapamilya talent told PEP.ph (Philippine Entertainment Portal) in an exclusive interview at the Chivas' "I Rise, We Rise" event last May 6, 2022, Friday, in Makati City.

"But I feel like sobrang laking responsibility niya na kailangan prepared ka, di ba? You should really be prepared for that.

In September 2021, there were rumors among local pageant fans that Lou would join the third edition of the Miss Universe Philippines.

Lou ultimately didn't join the pageant, which was held last April 30, 2022, at the SM Mall of Asia Arena.

But Lou reveals she isn't closing her doors to beauty pageants.

In fact, she did consider joining Miss Universe Philippines, and she had been approached by pageant camps to start training.

The PBB alumna just feels that it's not yet the right time, "May mga nagsasabi lang, may mga nagtatanong na, 'Do you want to?'

"Like my friends and everyone, the agencies, and the camps.

"But yeah, sabi ko, if I'm ready or if it happens or what the time comes."

At 25, Lou has little time left to join Miss Universe Philippines. The age requirement for the pageant is from 18 to 27 years old.

"Pero ngayon, mapapaisip ka din naman. That's true. I have friends who are queens and I know what they've been through. I know the experience.

But more than the age requirement, the Kapamilya model and TV personality understands that an aspiring beauty queen should be physically and mentally fit for a competition.

She said, "There are what-ifs. 'What if I do push for it?' Di ba? Iba rin yung madudulot mong saya for your fellow Filipinos.

"But this one [pageantry], you're gonna represent the country, of course, if [I'm] gonna push through and if that's what I really want."

Lou also notes the importance of being emotionally ready before joining the pageant since candidates are always under public scrutiny.

She said, "Yun [bashers] yung malaking part sa akin. But then, if you're really gonna fight for what you want, you wouldn't care about what other people think.