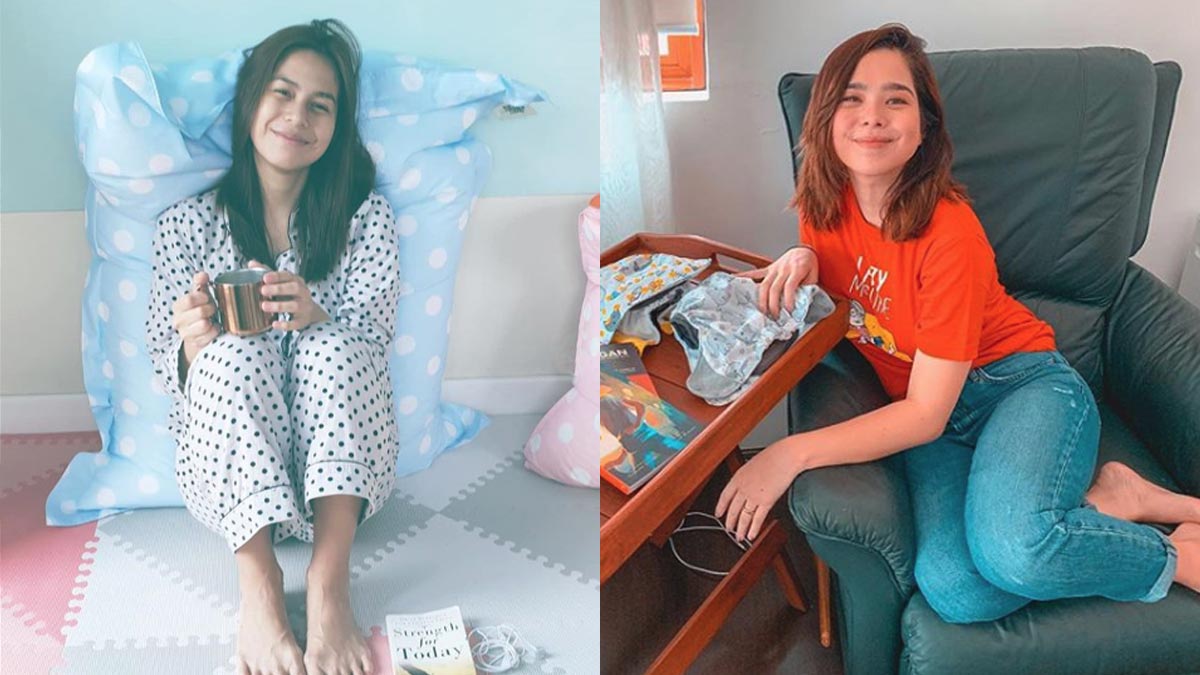 Bettina Carlos (left) and Saab Magalona (right) reveal their realities of being parents and how they rise above their struggles.
PHOTO/S: @abettinnacarlos / @saabmagalona on Instagram

Parents deal with various struggles at every stage of their journey, and celebrity moms are not exempted from this.

Back in March, at the Tang #RealMomsGetItDone campaign event, four celebrity moms were interviewed by PEP.ph (Philippine Entertainment Portal) about the realities of being parents.

On Instagram, most of them make parenting look easy, and motherhood, a walk in the park.

Because their posts are usually well-curated, netizens get the impression that their mommy lives are picture-perfect and aspirational to the nth degree.

But parenthood usually entails a lot of adjustments because it totally changes the way you live.

It also means a lot of responsibilities because it involves another life that you have to feed, put to sleep, teach a lot of things, send to school, or, in short, nurture and treasure.

Celebrity moms revealed their real stories, and gave valuable insights about their struggles and the tough realities of raising children.

Bettina Carlos: Some people are judgers

As a single mom, Bettina said she would appreciate more compassion and understanding from others.

Playing the dual role alone is already daunting enough, yet some people don't even care.

Bettina is not spared from "parent-judging" especially since she got pregnant at the age of 23, fresh from college, by a man who was not even her boyfriend.

She admitted to being "pasaway" during her younger years.

In her previous interview with Smart Parenting, she said, "I was a regular teenager enjoying life, smoking and drinking here and there. Once in my life, I prayed to be a mom early, pero hindi ko naman in-expect na ganun kaaga, Lord.

"But looking back now, ang galing ni Lord kasi even if you're not ready, He gives you nine months to prepare."

What she couldn't understand was what people get from dampening her spirits?

In her recent interview with PEP.ph, Bettina remarked, "Siguro for me as a single parent... people can be so easily judging, passing judgement on you.

"Don't be so easy to judge. You don't know what that person is going through, all the more for those playing two roles.

"'Ah, it's easy for you to say that because you have it easy and all.'

"We all fight our own battles and we all fight different battles, so we are in no position to actually assume that we know what that person is going through.

"I think it would be very helpful if everyone would just be more sensitive and more gracious to everyone and to not easily judge."

Saab Magalona: My situation is not unique

Saab, who gave birth to her son Pancho prematurely, spoke about feeling helpless as she watched her newborn baby struggle for his life at the Neonatal Intensive Care Unit or NICU.

She also lost Pancho's twin Luna, making her experience as a first-time mom even more heartbreaking.

But the daughter of the late Francis Magalona and Pia Magalona chose to look at her situation with an open mind.

Aside from feeling sad, she felt empathy for the other families at the NICU and, at the same time, realized that she was not alone.

She recalled, "It's something I was not aware of at all before becoming a mom, and I lived it.

"I was there for two months with my baby... I needed a lot of hope also at the time.

"It was through support from my husband, other NICU families, and other families in general that I was able to pull through."

Divine, on the other hand, had a cavalier way of looking at motherhood.

Her story about breastfeeding her baby was hilarious.

"Na hindi siya natural! Girl, alam mo yun? When I was starting the breastfeeding journey, everything, I have pets na nanganak din.

"So I was looking at my dog, sabi ko, 'Ang galing niya, ah. Sa kanya automatic.'

And to those who said that maternal instincts come naturally, the model-host said it is learned.

She continued, "'Tapos, everything was just not natural! I felt like, 'Ay, pinag-aaralan pala siya.'

"Parang, for me, everything was a challenge. Hindi siya parang commercial na perfect, na alam ko gagawin ko. Hindi, everything, I was always second-guessing.

"So ayun, I think people should talk about that na, 'Hey, it's okay not to know.'

Delamar Arias: The doubt is real

Even though she has three kids, Delamar still struggles with self-doubt as a parent.

"How to raise them, what do you do with the issue of spanking, the issue of what school to send them to—ang daming kailangan issues, and most mothers don't always know what to do and we are racked with doubts."

But Delamar would remind herself that, over time, a mom learns to trust her gut.

"Because that will always tell you if you're doing the right thing. But doubt is always there."

The couple was supposed to have four kids, but due to complications, they lost their daughter Ava in 2013.