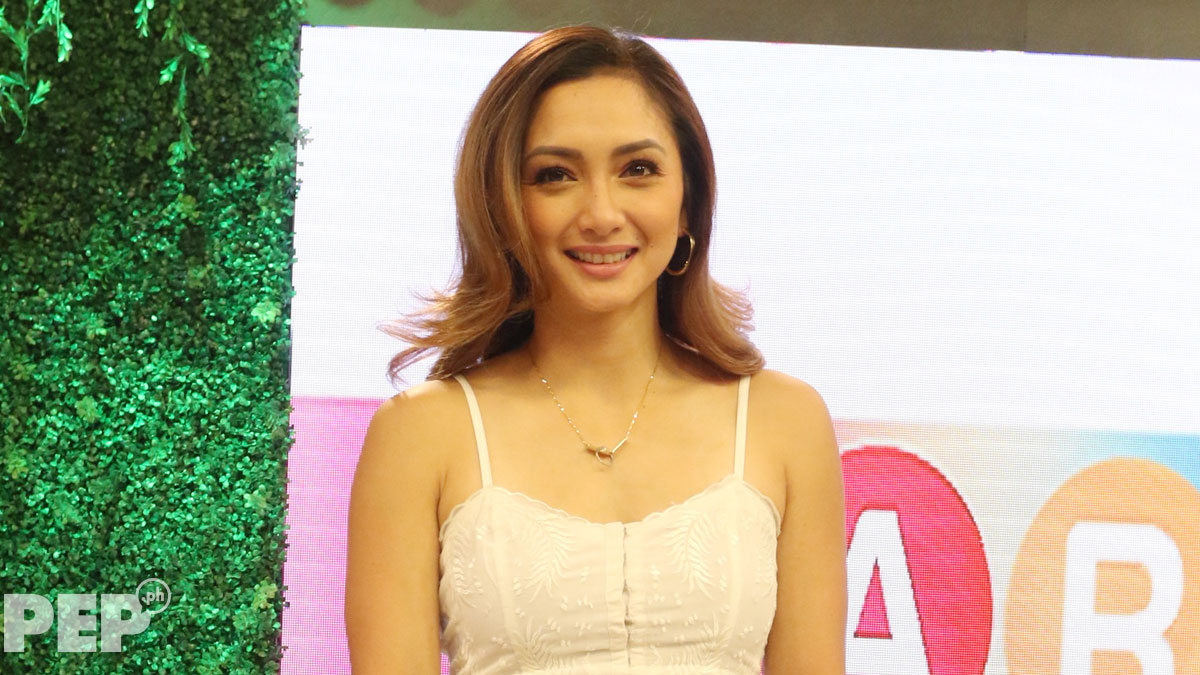 Primo Arellano, who will turn three on August 30, is fast gaining his own followers on social media.

Many netizens are entertained by Drew Arellano and Iya Villenia's eldest son.

They find him makulit, bibo, and funny.

In fact, Primo gets the most number of comments whenever his mommy and daddy post on Instagram their moments with him and his baby brother, the one-year-old Leon.

A quick scan of Iya and Drew's Instagram accounts reveal that they have been posting constantly about their kids, particularly Primo who is in that stage of curiosity and discovery.

DOES IYA MIND IF FANS ASK FOR A PHOTO WITH PRIMO?

Iya said that during their family outings, they have been stopped by strangers who want to have a picture with Primo.

Is she okay with that?

The Kapuso host explained, "Siyempre when people come to love him, I feel it's also a way of parang he will also be more protected. That's how I like to see him.

"I'd like to think, in turn, when people see him outside, that they will be cautious of him and somewhat protect him also."

How about the occasional bashing on social media?

"My main purpose really is share happiness and good vibes."

PEP.ph interviewed Iya last June 7, at the presscon of her daily cooking show with husband Drew, Home Foodie, that airs on GMA-7.

Last year, Iya gave birth to Leon in August, in the same month as his Kuya Primo.

HOW IYA COPED WITH POSTPARTUM BLUES

So, what was it like then when she gave birth to Primo when there was no one to entertain her?

Iya admitted she went through some sort of postpartum depression, but it was manageable.

"So it really gets tiring. So nagulat lang ako because the change in life is really drastic from no baby to biglang everyday being a mom."

Postpartum depression is described as a complex mix of physical, emotional, behavioral changes that happen to a woman after giving birth, according to www.webmd.com.

It usually occurs within the month after giving birth.

Iya said working out helped her cope with the turmoil she experienced after giving birth.

"It really helped when I was able to get back into fitness... there was one day na nakatakbo ako ng 25 minutes.

"And then I realized how healthy it was for me mentally. That was when I realized, 'I really should get back to doing this because this is my me-time and it helps keeping me sane.'"

Since then, Iya has been going to the gym five to six times a week. "I'm normally in the gym two to two and a half hours.

"'Tapos once a week, shorter, one and a half [hours]. And then Sundays, rest.”

Admired for looking fabulous and a mother of two at that, Iya said she wants to be a "fitspiration" to other moms.

She added, "That's really what I wanna do. I only want to inspire, but I'm also on my own journey of discovering what I’m doing right, what I’m doing wrong.

"So I'm hoping in the future I’ll be able to properly guide moms during pregnancy and postpartum. I'd like to be able to help them with their fitness."

Many moms feel guilty about me-time, especially about leaving their kids in the care of someone else.

Here’s why, according to her.

"I become a better mom to my children when I get in my me-time 'cause I become more patient. I become stronger. I can be with them more.

"When you're not strong and when you don't have the endurance, mabilis kang mapapagod sa mga anak mo, e.

"So imbes na you can be there with them and enjoy being with them doing activities that might tire you out if you don’t have the endurance, hindi mo ma-e-enjoy, hindi rin nila ma-e-enjoy.

"So I feel it really helps be become a better mom."

Iya added, "It's healthy for them if moms can keep themselves in a healthy state mentally and physically.

"That would definitely make them better persons in general and in everything else that they have to do throughout their day.

"I feel strongly about that."

And to all mommies who are dealing with postpartum depression, Iya has an advice.

She said, "Go back to doing something that they love and to remember that if they take care of themselves, they’re taking care of the mother that they should be to their children.