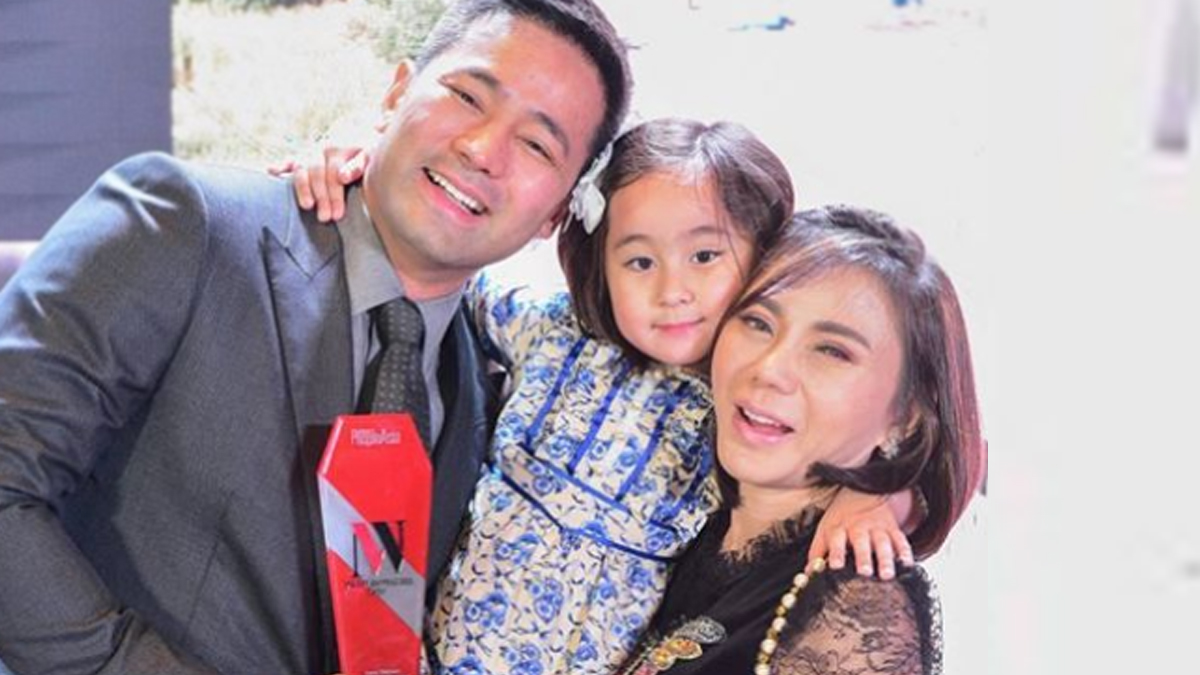 Beauty doctor Vicki Belo is undoubtedly one of the most accomplished women in the country.

She has established the country's biggest medical aesthetic ambulatory clinic, the Belo Medical Group, which is now on its 29th year.

She was recently feted with the Tala Award for being the number one provider of Ultherapy, which, according to its website, "uses time-tested ultrasound energy to non-invasively lift and tighten the skin and build collagen, without surgery or downtime."

The awarding ceremonies was held on Tuesday night, August 13, at the Shangri-La at The Fort, Bonifacio Global City.

She tells PEP.ph (Philippine Entertainment Portal) in an interview after she received the award, "I've always tried to do my best in everything. I always want to be the best version of me."

Aside from this, she also considers her growing family in the empire she built, the Belo Medical Group, as her biggest motivation.

She points out, "I have 32 doctors, I have 600 employees. In my mind, they're all feeding their families. Parang it's a big, big family na I can't let them down."

That being said, Dra. Vicki wants to share the credit with the hardworking team behind the Belo Medical Group.

She says, "I wanted to always have a clean sweep of all the awards. This one has been a little elusive for us. I'm so happy we won it, but more than that, I'm so happy because number one, my doctors, they really went out of their way.

"As I said earlier, I told them, 'O, walang prize 'to, walang anything. I'm just asking you, as a favor, to make me happy, if you love me, please let us win the Ulthera.' And with teamwork, we got it so we're very happy. It's something we've been doing for like 10 years already."

DRA. VICKI ON SLOWING DOWN

In her acceptance speech, Dra. Vicki hinted at her plan to eventually slow down on her career and focus more on her family.

PEP.ph asked the dermatologist what led her to this decision.

She explains, "First of all, because of the traffic, it really made a big dent, so I only like to not travel so much. Secondly, I believe there has to be a new blood. It's a new age."

But, from time to time, she will still do some treatments.

"I still like to do certain things like liposuction, I still do Thermage, Ulthera. But yung mga lasers, I leave it to the younger people. They have better eyes," she acknowledges.

More than anything, she is grateful to have her husband, Dr. Hayden Kho, by her side and taking over the business.

She exclaims, "I'm so lucky 'cause Hayden is a doctor and he's taking over."

She added, "Hayden is such a wonderful combination 'cause he's a doctor and a businessman. It's very hard to find somebody like that, e. Usually, doctors are not business people.

"And business people are not doctors. So for some one who understands both and be so close to me so that he knows how I think, how I feel, parang he can already guess what I would say.

"So there's a continuity even if I'm not there."

Speaking of continuity, Dra. Vicki hopes that her youngest daughter would also follow in her footsteps.

She told PEP.ph, "Of course, crossing all my fingers and toes that Scarlet will also become a derma para she can take over Belo Medical Group para matagal ang history."

Dra. Vicki has two other children, Cristalle Belo-Pitt and Quark Henares who are both doing well in their respective fields.

Cristalle is currently handling their skin-care brand called Belo Essentials. Meanwhile, Quark is a filmmaker and currently the head of Globe Studios.

Has Scarlet Snow shown interest in becoming a dermatologist?

Dra. Vicki answers in jest, "She has a lot of interest in being a veterinarian, not a dermatologist."

But the proud mom noted that Scarlet already notices things related to dermatology.

"I find her very cute because her eyes are so good. Like the other day, so I said, 'O, what is she saying?' She's like, 'A for apple, B for books, C for collagen.'

"So yung mata, andun na, and she's very artistic so I think she'll really make a good derma if we can just brainwash her right now," she declares with a hearty laugh.

With her bucket list getting shorter by the year, Dra. Vicki could only think of making the Philippines a go-to country for aesthetic medicine. This is the main reason why she only gets premium machines for their clients.

She says, "I also always think of the country, so whenever I move around or buy machines, I always buy top-of-the-line kasi ayokong magmukhang kawawa ang Pinoy.

"Kasi minsan, they kind of think of the Philippines na 'third world' or 'backward' and it really bugs me."

Dra. Vicki adds, "I guess my dreams are really more for the Philippines already kasi we've reached our limit here.

"Parang we've won all the awards, we've been the biggest clinic for so long.

"So my dream has always been to have medical tourism as a factor in the Philippines, that people will actually make the Philippines a destination place for their beauty needs."

Currently, the Philippines offers the same premium aesthetic treatments as those in the U.S., but for a much lower cost.

She reveals, "I was talking to the doctors from the States, sa San Diego. I asked them how much Ulthera is where they are, and she said $4,500.

"And I feel that, of course, Filipinos are very magaling. Our hands are so artistic and our quality of service, the nurses all over the world are Pinoy, and the doctors are very good.

"That's my dream. Sana I wanna see Philippines up there with Bangkok, Thailand. That sort of thing."