Solenn Heussaff, Nico Bolzico are having a baby girl 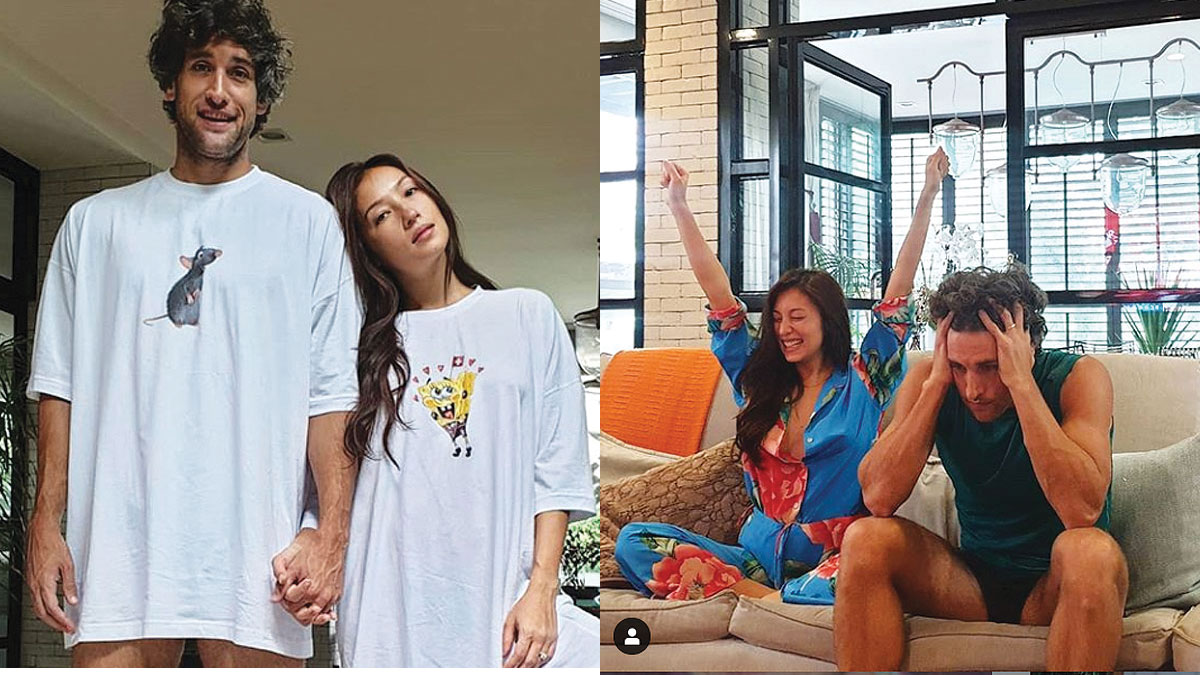 Celebrity couple Solenn Heussaff and Nico Bolzico are having a baby girl! And this early, Nico has already prepared multi-level challenges for the future suitors of his "baby girl."
PHOTO/S: @nicobolzico on Instagram

This early, Nico Bolzico, husband of Solenn Heussaff, is already laying down the ground rules for all the guys who will court their daughter in the future.

Yes, the celebrity couple is having a baby girl!

The French-Filipina actress announced that she was four-months pregnant last August 2019.

Known for his wisecracks, Nico wrote a very long caption enumerating his conditions to all guys who will possibly court his daughter, who isn't even born yet.

Nico began his post, “We are having a baby girl! We were not supposed to reveal the gender until she is born, but since she is a girl, I decided to raise this topic now because there are some warnings that must be spoken to the world.

“First, in my head, nobody is good enough for my girl, I might be wrong, but nobody will make me change my mind. For all my friends with baby boys aged from -2 (not born yet) to 5, no matter how close we are, you must know that our friendship will expire in 14 years.”

The Argentinian entrepreneur-turned-celebrity then detailed his conditions, one of which was to overcome challenges involving their beloved pets: turtles Patato and Pechuga; dogs El Gato and Pochola.

“Of course I am a modern dad, and I understand that some boys will want to court my girl in the future, so I already put in place a very simple and super fair system that every suitor will have to go through to have a chance to court my baby girl (I will call her baby girl even if she is 20 and she gets embarrassed in front of her friends)."

NICO AND HIS CHALLENGES

Here are the multi-level challenges of Nico:

“Stage One: The #Patato Challenge

"This challenge will be strictly supervised by #Pechuga and it is very simple, the boy (from now on The Suitor) and me will place a piece of broccoli one meter apart from each other and #Patato will choose, if he chooses his broccoli then we move to Stage Two.

"The suitor will have to compete with #ElGato on a staring competition where the one that blinks first loses. In the case that the suitor beats #ElGato then he will move to Stage Three.

“The suitor will have to walk #Pochola every morning at 6am and every night at 9pm, for 2 weeks, missing one day or arriving late will result in elimination. If #Pochola is properly walked, including regular visits to #Oreo and #Monty (her best friends), then the suitor will have unlocked the 3 pet stages, moving on to human interaction.”

After getting through these three stages, the future suitor has another challenge: To face Nico for an interrogation.

Nico elaborated, “The suitor will sit down with me, in a dark room with one light in one table, where I will ask 100 questions and he must answer fast. Failing in one answer question will result in elimination.

“After, the suitor will have earned the right to take my girl on a date. The first 3 dates I will personally join in a separate table.”

He ended his caption saying Solenn, whom he fondly calls “wifezilla,” thinks Nico is crazy for coming up with this plan.

“#Wifezilla thinks I am crazy and doesnt want to be part of this! I guess she is not a modern parent as me,” quipped Nico.