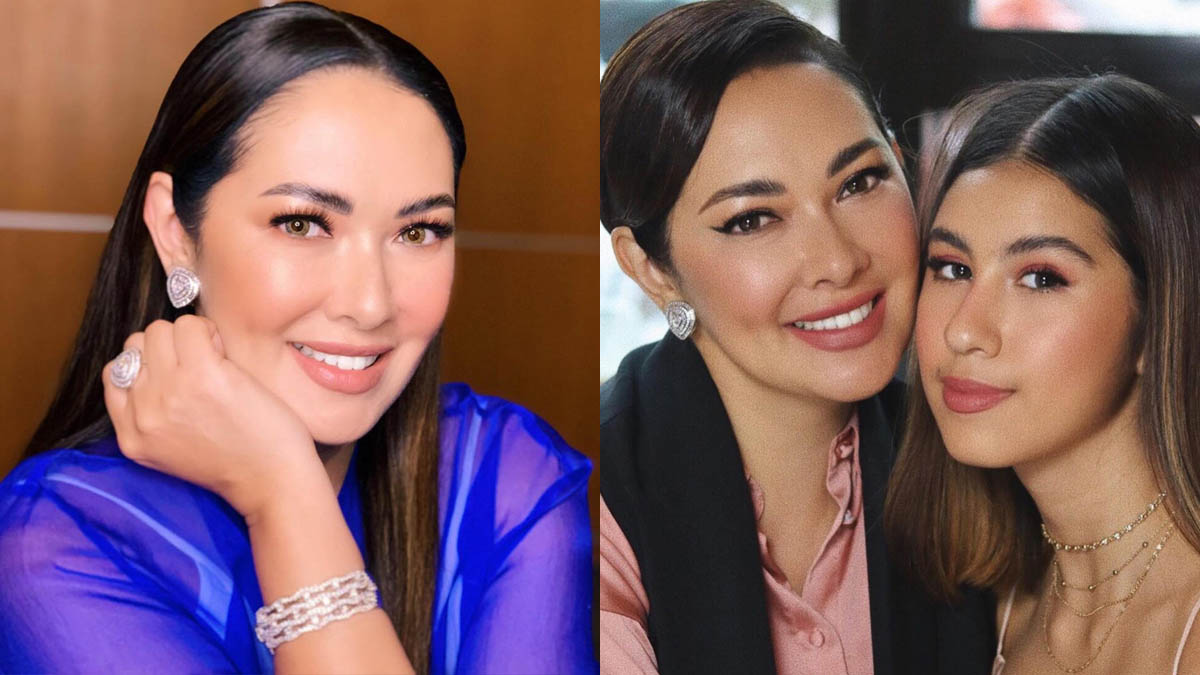 Will Ruffa Gutierrez's daughter Lorin follow in her footsteps as a beauty queen?
PHOTO/S: @iloveruffag on Instagram

Ruffa Gutierrez is glad her two girls—Lorin, 16, and Venice, 15—do not have much to worry about when it comes to skin care.

They do experience some minor puberty-related skin problems, but they can get zapped out easily.

It's not surprising how her eldest daughter is growing up to be a tall and leggy teen just like her mom.

Since Ruffa allowed her to me more visible on social media, Lorin has been taking the Internet by storm with her sexy beach photos.

The big question naturally pops up: Will Lorin follow in her mom's footsteps as a beauty queen?

At Ruffa's launch as the endoreser of a beauty clinic, she echoes the clamor of Lorin's followers, but explains, "Marami nagsasabi for Lorin most especially to join Bb. Pilipinas, but she is only 16.

"You have to be 18 to join for Miss Universe.

"And times have changed. Binibinis now are much older, kasi back when I joined, 17-18 yung mga kasama ko.

The Miss World 1993 second runner-up continues, "Now, they want more mature candidates. It's a trend na they are all in their 20s, late 20s."

Apparently, Lorin has already gone through a few preliminary workshops with the pageant gurus from beauty camp Aces and Queens.

Ruffa discloses, "She did lessons for one week with Jonas [Gaffud]. That's it as of now. Ayaw ko siya i-pressure. Sometimes kasi may hilig siya, sometimes ayaw niya.

"Same as me, sabi ko noon, 'No, next year na lang,' 'tapos ganoon ulit the next year.

In school, Ruffa says Lorin stays away from pageants, and prefers to take a keener interest in her drama club endeavors.

While she's not stopping her daughters from joining pageants in the near future, for now, Ruffa allows them the luxury of living their lives at their own pace.

She says, "I want Lorin to enjoy her youth, she has one more year of high school left."

And unlike most Western parents and even some modern Asian parents, Ruffa doesn't subscribe to the gap year idea, where high school students take a year off after graduating before pursuing college.

She explains, "Gap year, no. Baka tamarin sila, once you're making money, and they are already making some money now, thanks to Cornerstone."

Lorin and Venice signed their own management contract with Cornerstone Entertainment Inc.

Ruffa ends, "So, I want them to focus on their studies first. So if they take a gap year, they get lazy and they don't come back. Ako, gusto ko tuluy-tuloy sila."