Is Ruffa Gutierrez as parent version 2.0 of mom Annabelle Rama? 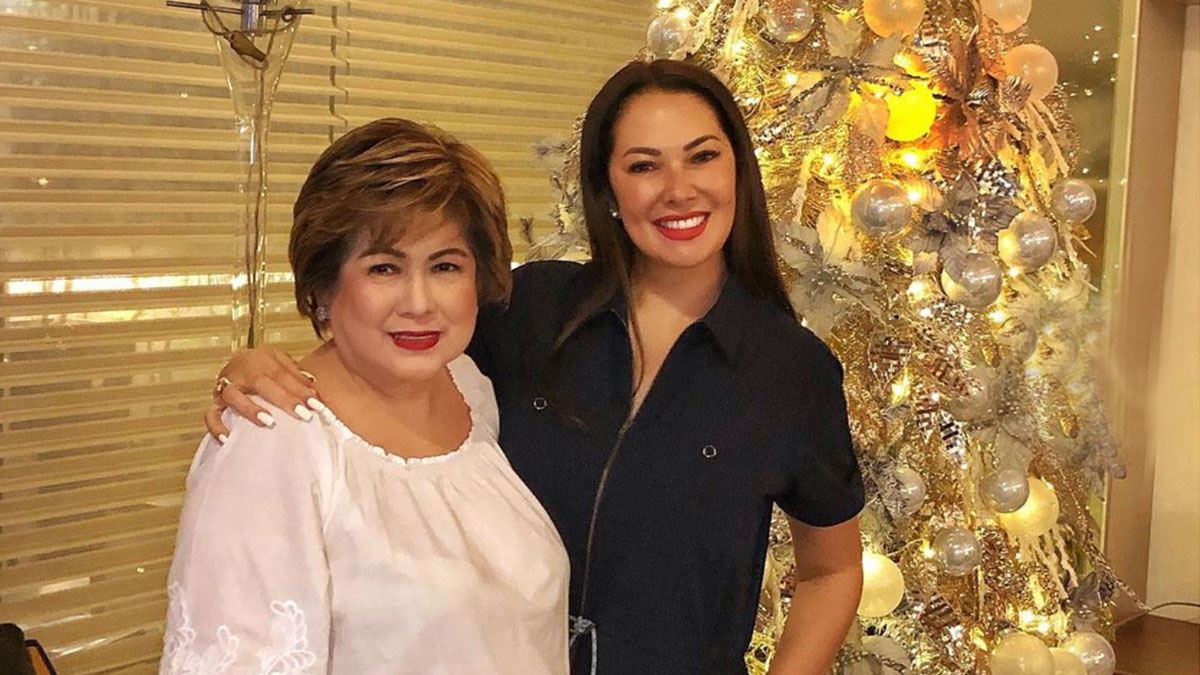 Having two lovely teen daughters, Ruffa Gutierrez is bracing herself for the inevitable: Dealing with their suitors.

As a parent to Lorin, 16, and Venice, 15, does Ruffa see herself becoming a version of her mom Annabelle Rama?

The former beauty queen demurs, saying she is likely to be less strict with her daughters.

Ruffa exclaims, "My mom is unique, one of a kind. Di ba nanunugod pa yun?

"For me, okay lang ang holding hands sa mga bagets ngayon, you just have to teach them."

RUFFA ON SETTING A GOOD EXAMPLE

And more than imposing rules, the 45-year old mom stresses the importance of setting a good example.

Ruffa says, "You have to also set an example to them, so I would like to lead by example and actions.

"And so, I am very careful also of what I post or how I act online kasi sometimes, puwede nila sabihin sa iyo, 'E, bakit ikaw?'"

Relating this is exactly what happened to a friend of hers whose teen daughter after constant scolding retaliated, "Mommy, I just took after you, bakit ikaw?"

Asked if there are boys hovering around her daughters now, Ruffa is quick to answer, "Suitors? Ay, wala pa. I am sure may mga nagkaka-crush na.

"Sabi ko, 'Lorin and Venice, if you have suitors, they have to come to the house and give me fruits!'"

She told them her first suitor brought a basket of fruits.

Since her girls are still young, she says, "I am medyo cool, but I also see in my daughters na hindi pa sila excited sa ganoon so I think they are all magkakabarkada."

Ruffa's daughters belong in a showbiz barkada together with the 18-year-old twins of Carmina Villarroel and Zoren Legaspi–Cassy and Mavy–and the daughters of Sunshine Cruz–Angelina, Sam, and Chesca.

But in the end, when the time comes when Ruffa has to deal with her daughters' suitors, she admits, "Hindi pa rin ako ready, baka lumabas pagka-Annabelle Rama ko."

This interview took place in December 2019, at her launch as the ambassador of a beauty clinic.