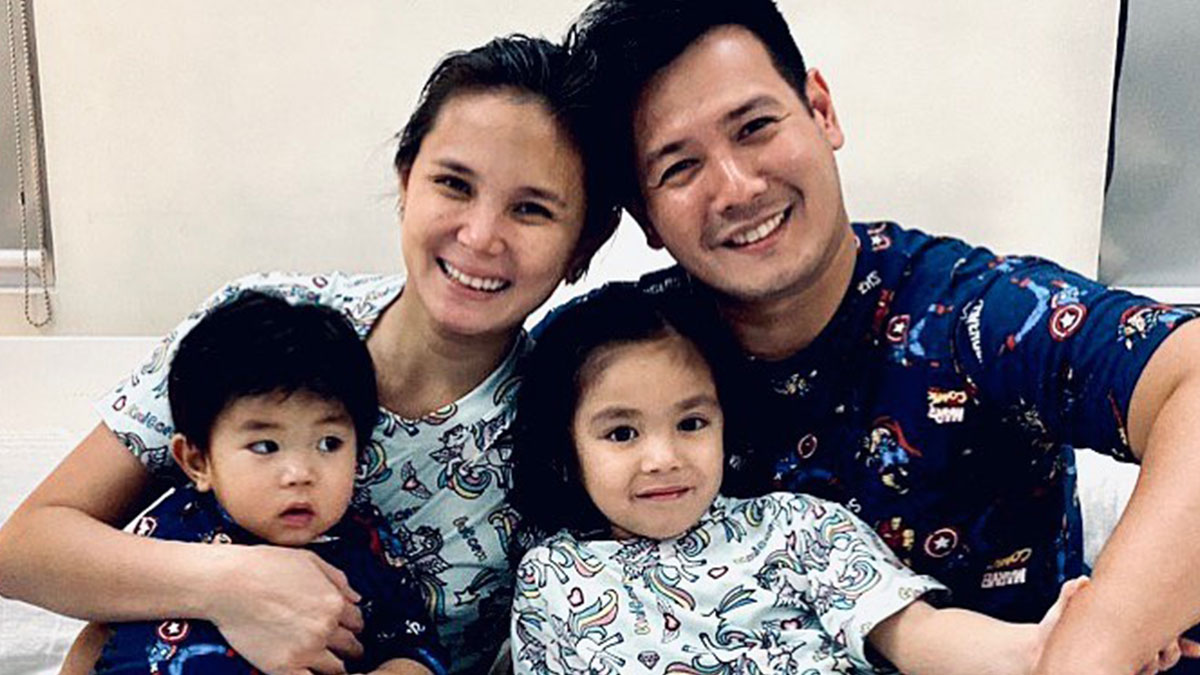 John Prats and wife Isabel Oli are hoping the COVID-19 pandemic will be over by the time they welcome their third baby in July. Their daughter Feather is four years old and their baby boy, Freedom, turned one last November.
PHOTO/S: @isabeloliprats on Instagram

They are parents to four-year-old girl Feather and one-year-old boy Freedom.

On March 29, Sunday, John and Isabel, nicknamed Liv, ended the second week of the enhanced community quarantine with baby news in their respective Instagram accounts.

Isabel, now in her sixth month of pregnancy, is due to give birth in July.

One Voice Pilipinas streams live, and is an online fundraising project for underprivileged families while the country is under enhanced community quarantine.

A charity project spearheaded by Matteo Guidicelli and the Philippine Army, Matteo hosts the show with Callalily frontman Kean Cipriano.

During the interview, John was honest enough to say he was apprehensive though.

After all, Isabel will be giving birth at the time of the COVID-19 pandemic.

Overall, he said, life was fine.

John and his family, including his sister Camille Prats, make themselves busy doing home workouts, which they also stream live every day for their social media followers.

"So you have to move, e. Kailangan mag-sweat ka rin, so yun yung ginagawa namin."

John also talked about the importance of the family praying together, especially in this time of crisis.

"But now, after we eat dinner, talagang the whole family would just pray together."