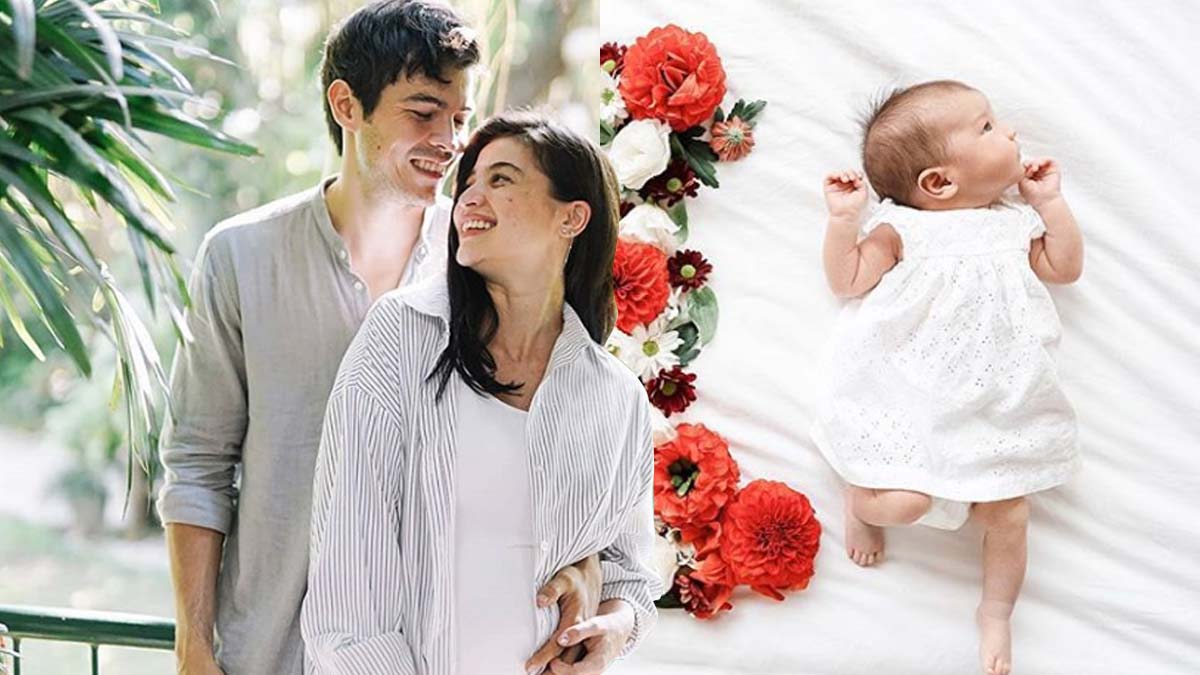 These celebrities welcomed 2020 with a new little family member.

Showbiz fans delight at these cute babies who have become a source of good vibes on social media.

The GMA-7 actress and her husband Nico Bolzico were already in the hospital when the world began the new year countdown.

Nico's last Instagram post before bidding goodbye to 2019 read, "Advance Happy New Year! Looks like we are spending it in an unexpected place this time! Waiting for #BabyBolz!"

On the second day of March, news broke that Anne Curtis already gave birth to a baby girl in Melbourne, Australia.

All eyes were on Anne's and husband Erwan Heussaff's respective Instagram accounts to await confirmation.

After keeping mum for four days, Anne and Erwan officially announced the birth of daughter Dahlia Amélie on March 6.

Almost a month later, on April 3, Anne posted a photo of Dahlia on Instagram.

The ABS-CBN actress wrote: "Hoping this brings a smile to your face today."

During the second week of quarantine, actor JC Santos posted an Instagram photo of himself and his baby girl for the first time.

The new dad sees this period as a time to bond with his "little sunshine."

JC and wife Shyleena Herrera welcomed their daughter some time in February 2020.

Cristalle Belo was aware that giving birth to her second child in the middle of a pandemic was not an ideal situation, but she remained optimistic.

The now mother of two sees her "little pumpkin" as "a symbol of hope, love, strength and miracles in times like these."

A few days later, Cristalle celebrated her 37th birthday with her family of four.

Regine Tolentino surprised friends and showbiz fans when she announced early this week that she is now a mother of three girls.

The actress-dancer gave birth to her third daughter Rosie on March 17, two days after the community quarantine took effect.

Rosie's birth was a "spark of hope" for Regine and her family.

Ethel Booba became a mother at the age of 43.

The comedienne announced the birth of her daughter Michaela on February 14, 2020.

She tweeted in her usual candor: "Welcome to this world Little Booba. Charot!"

Ethel announced her pregnancy on the ABS-CBN noontime show It's Showtime last November 15, 2019.

That same month, she also confirmed her relationship with chef Jessie Salazar.

He is the father of Michaela.

Thankfully, after that, Baby Rinoa was able to go home and be with her parents.

The actor and his wife Cris named their second daughter Priscilla.

Their first daughter Victoria, or Tori for short, was born on November 29, 2018.

She and partner Neo Domingo named their daughter Anastasia Margaret.

Showbiz fans also met a bunch of cute celebrity babies during the second half of 2019.

Then some time between the end of June and the start of July, Georgina Wilson gave birth to her second son with husband Arthur Burnand.

His name is Alfie.

They named him Nolan.

The month of July ended with Andi Eigenmann and Philmar Alipayo welcoming their baby girl, Lilo on July 24, 2019.

Gwen Zamora and David Semerad became parents when they had their son Cooper on August 15, 2019.

For the month of September, showbiz fans celebrated the birth of three celebrity babies.

Saab Magalona gave birth to her second son with Jim Bacarro on September 16, 2019.

They named him Vito.

Then on September 25, 2019, Chynna Ortaleza and Kean Cipriano welcomed their son Salem.

At the start of October, Divine Lee gave birth to daughter Blanca.

Later, Kris Lawrence revealed that he welcomed his second child at the start of the month too.

In December, Cai Cortez announced the birth of her daughter Carmen on December 6, 2019.

On December 9, 2019, Kylie Padilla and Aljur Abrenica had their son Axl Romeo.