Melissa Ricks has no regrets being a single mom; says she and kid are "a happy family of two" 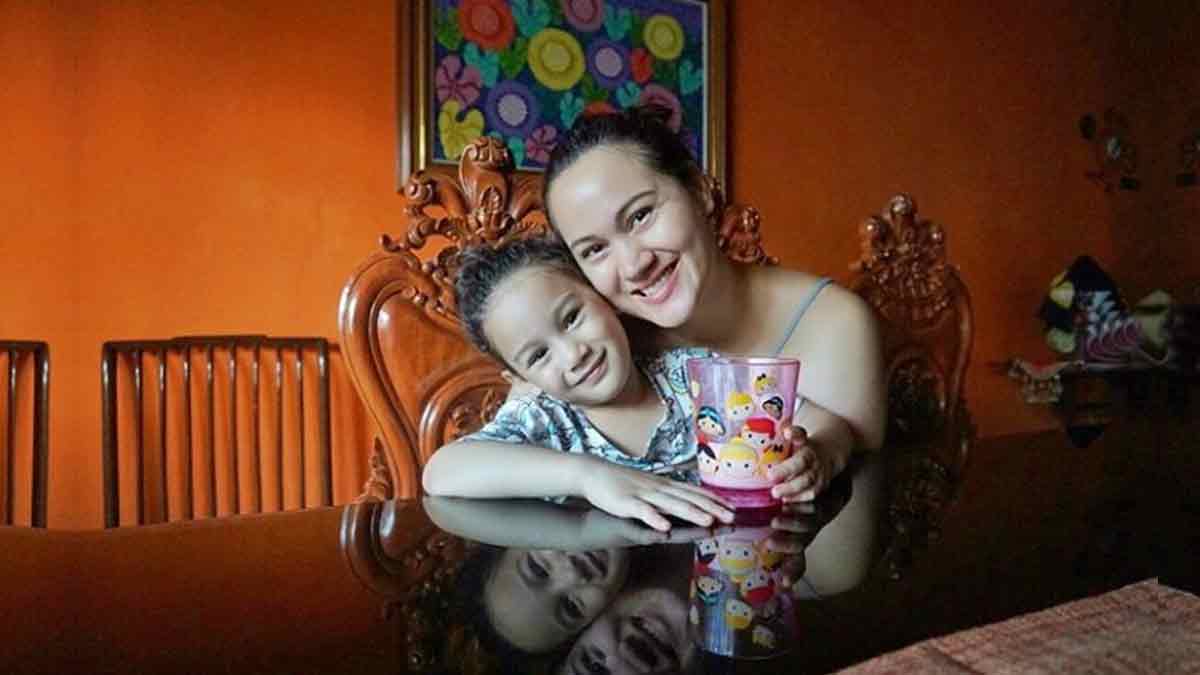 Single motherhood might not be the future Melissa Rickets pictured for herself, but having her daughter Kiera leaves no room in her heart for long regrets.
PHOTO/S: @mellyricks09 on Instagram

The Star Circle Quest alumna Melissa Ricks has come a long way from that period in her life she once described as "lowest of the low."

It began just before she gave birth to her daughter Kiera on January 12, 2015.

In an Instagram Live session with life coach Kimilu on June 9, 2020, Melissa reveals that she was struggling with the reality she was about to become a single mom.

She says, "Ayoko i-open up, so I kept it to myself... I didn't want people to know na I'm a single mom o nahihirapan ako.

"I was in an angry state because I didn't think that my life would end up that way.

"It was never the picture that I was gonna end up a single mom, and I knew it was going that way.

"Papunta na doon, e. I just had to make that choice."

The choice facing Melissa was whether she would or would not stay with Charles Togesaki, her then boyfriend and father of Kiera.

Melissa did not believe that getting married was the solution.

"I'm like, ‘Will marrying someone solve my problem or will it make it worse?'

"What you will tolerate and what you will not. If you want to live that way for the rest of your life.

"For me, I took that choice of leaving and letting it go because I thought it was best for me and my daughter."

LETTING GO FOR THE SAKE OF KIERA

According to Melissa, she prayed hard for guidance.

She says in the livestream interview, "Sabi ko, 'Lord, bigyan mo ako ng sign' because I'm not the kind of person who will quit agad-agad.

"And He will do whatever He can to help me in it and to get me out of a bad sitatuion if that's bad. Everything happens for a reason."

The sign Melissa was waiting for came by way of a conversation with one of her closest friends.

"Iyong breaking point was when my best friend cried," she continues.

"I won't elaborate masyado kasi, you know, I don't want anyone to get angry.

"When [my best friend] said that you don't deserve to be in the situation, and he cried, that was the time na I'm, like, 'Teka lang Mel, we need to think about the future of you and your child.'"

"I wasn't happy. I was always angry. I was disappointed with myself. I didn't feel like I deserved anything. Parang it was a lowest of low.

"And when you're at your low point, if you cannot take care of yourself, you will not be able to take care of the people you love.

"So, ang akin ha, ang akin, unahin mo ang sarili mo so that you can share the love with others.

"That includes your child. Kasi kung masaya ka, your child can feel that.

"Kapag malungkot ka, you're miserable and you’re crying and you’re angry. Your child can also feel that pain and you don't want them to feel that.

Melissa and Charles parted ways in the latter half of 2016.

The post is a quote that reads: "I don't get how deadbeat parents exist. I couldn't imagine not going above and beyond for my kids."

Melissa's caption to this post simply reads: "To whom it may concern."

Then in November 2016, the actress posts another cryptic message.

Melissa adds in her caption the hashtags "#standards" and "#DiKaCheapTeh"

In December 2016, Melissa's post hints at her newfound confidence as a person and as a mother.

Her caption reads: "What a wonderful feeling it is to be able to stand on your own, know you made the right decisions, and grow as an individual while having a little bundle of joy as your inspiration to become a better person and mother.:)"

Telling Kiera about the separation

As for her recent livestream interview, Melissa admits that ending her relationship with Charles was difficult.

In time, Melissa says, she realized she did the right thing.

"I think it's better this way that we are not fighting, di ba? It's better, not to me only, but for Kiera. She doesn't see [us fighting], di ba?"

Melissa and Charles have agreed that he can come around on Kiera's birthday, but not for school activities.

How does she explain this setup to Kiera?

Melissa says, "I just explained to Kiera that it's better that mommy and daddy are friends.

"Kasi that's the easiest way to explain to a child that small."

At the moment, Melissa is waiting for Kiera to get older before she tells her the full story of their family situation.

In the meantime, she believes they are doing just fine as a family of two.

Melissa says, "I think nagkaka-isip na siya. She's starting to get the point na I'm trying to build a happy family for her.

"And she has a happy family as well with her dad... It's hard in the beginning, but you just have to push through."