Sandra Seifert opens up about life as a single mom 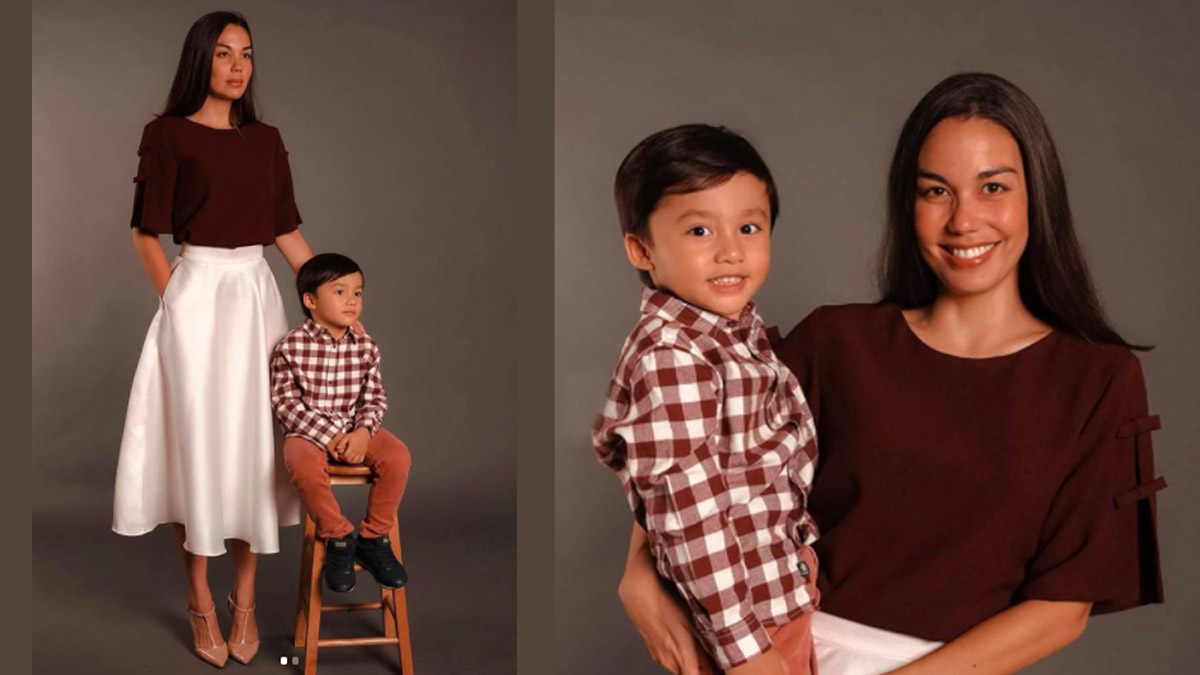 Sandra Seifert, 36, is a hands-on single mom to Corinth Ian, 4. She says, "He only sees his father once in a while so I didn’t want him to end up seeing his mother only once in a while either."
PHOTO/S: @gideonestelaph on Instagram

Sandra Seifert is now a single mother, and lives a quiet life with her four-year-old son Corinth Ian.

When the former beauty queen got pregnant unexpectedly, she admitted to worrying about what others would say.

In an exclusive email interview with PEP.ph (Philippine Entertainment Portal), she said, "I was very active in ministry work, so one of my greatest fears was being criticized for being pregnant before marriage, especially here in the Philippines."

It was especially difficult because she recognized her responsibility as a role model to young girls.

Before she became Miss Philippines Earth 2009, Sandra joined the Philippines' Elite Model Search in 1998, where she won the Viva Look of the Year title. She also became a co-host of the late German Moreno in GMA-7's Walang Tulugan: Master Showman.

Sandra continued, "I dreaded the judgment of others—admittedly it was a tough period—especially because a lot of young women looked up to me as a source of inspiration.

"At the same time, I am also only human, and when we are in love, a lot of times we are blinded and act more based on emotion rather than rationality."

Her situation was actually the inspiration behind her son's name, "Since Corinth is a child born out of love, and one of my favorite chapters in the Bible that defines love is First Corinthians Chapter 13, I thought it was perfect.

"His dad gave him his middle name 'Ian' so his name is actually Corinth Ian."

She also hopes that her son's name would play a role in his personal faith when he gets older, would always give him the opportunity to share about the Lord when people would ask about the meaning of it."

Looking back, Sandra is grateful for all the love and support people showed her during that time.

She added, "And, in spite of my situation, I still advocate for the sacredness of marriage and that children should come after."

THE CHALLENGES OF BEING A SINGLE MOTHER

The 36-year-old celebrity is hands-on in raising her son. It's a conscientious decision, knowing that it will have an impact on her businesses.

"I decided to raise Corinth without a nanny because I want to be there every step of the way as he grows up.

She also acknowledged the difficulty of balancing being a mother and an entrepreneur at the same time.

"Admittedly, this has affected the pace at which I had hoped to grow my companies as I would normally want to scale business much quicker, but I had to learn to be patient and grow it slowly instead.

"This can often lead to feelings of not giving 100% to either of the two, but I had to constantly remind myself of my priorities and not to be too hard on myself.

"The biggest challenge I face as a mother/mompreneur is finding the perfect balance between raising my son, growing my businesses, and finding time for myself."

For now, Sandra is focused on being present for Corinth's formative years.

"Corinth is still my number one priority and eventually as he grows older, I will have more time to enhance my business."

However, there's one thing she cannot do: become a father figure.

She elaborated, "...not being able to teach Corinth the things that only a father can teach a son...boy talk and man-to-man convos!

"For now, he gets to experience that occasionally from my brothers and my dad."

SANDRA ON BEING A MOTHER

"My biggest realization when I gave birth to Coco [Corinth's nickname] was how great God’s love is for humanity.

"Now that I had my own son, imagining what it would feel like to sacrifice him for everyone else’s sins—this concept and ultimately love—suddenly became so real to me."

Her faith plays a major role in the way she is raising Coco.

"My prayer when I became a mother was that I could fulfill my responsibility of being a 'good mother' to my child, teaching and guiding him to grow up loving God and loving others.

"And that we can both serve God together while on earth by sharing light, love and truth."

Does she have a specific prayer, now that she is a mother?

"Today, I pray to make use of and unlock every talent the Lord has given me and to continue raising Corinth in good health."

Sandra quoted Galatians 5:22-23 to describe the kind of mother she wants to be: "I also strive to develop a Christ-like character filled with love, joy, peace, long-suffering, gentleness, goodness, faith, meekness, and temperance."

All in all, motherhood has changed Sandra in many ways.

She said, "Motherhood has made me appreciate my mother much more!

"It has also taught me how to multi-task, made me less selfish, more patient, more humble, more mature, and shaped me into a more inspired and highly motivated woman because everything I do now is ultimately for my son."