Iya Villania is "scared" in case third baby is a girl 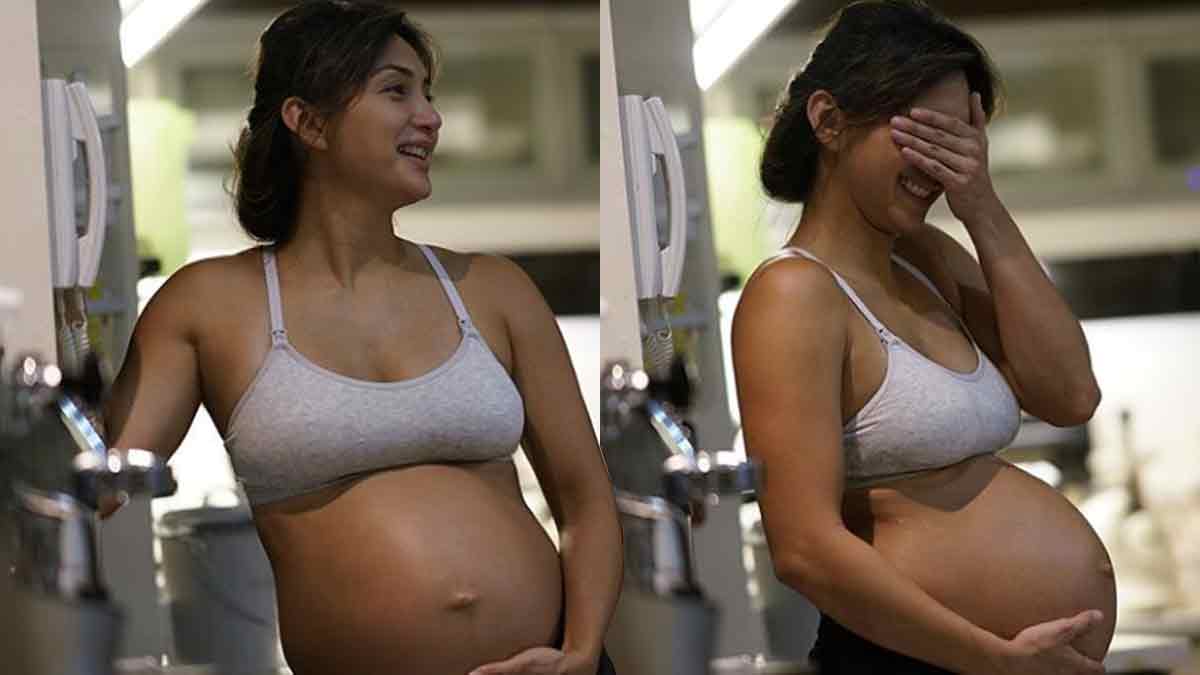 Iya Villania, soon to be mother of three, is ready to pop any day now.
PHOTO/S: @drewarellano on Instagram

Iya Villania is about to give birth any day now, but she and husband Drew Arellano still have no idea what to expect—a boy or a girl?

She and Drew already have two boys, Primo and Leon, but it seems Iya is reluctant to have a baby girl this time around?

Drew said, "I think she's scared to have a girl."

Iya repeated, confessing, "I'm scared to have a girl."

The soon-to-be mother of three explained her reason on Magic 89.9's livestream show The Magic Chatroom on July 7, 2020.

The Mars Pa More host added, "I'm from a family of girls, three girls kami. Ako iyong bunso and, I guess, that’s why I'm not so keen."

Iya added that as a parent, she finds it comforting and reassuring to have another boy in the family.

She said in the show, "I'm not sure, because I'm no sonologist, but parang I saw a set of balls?

"But I have friends telling me, 'Iya, that could also be a hamburger,' which is what they refer to as the vagina of the baby.

"So, I’m like, 'Well, okay. I guess I don't really know.' But I'm prepared for another boy, I already have everything for a boy."

Commenting, Magic 89.9 radio DJ and show host Boom Gonzalez reminded the celebrity mom that coming from an all-girls family, she "turned out all right."

To which Iya replied, "I turned out all right maybe because I was already the third.

"So, I learned from all the mistakes of all my sisters. If this turns out to be a girl, it's going to be the first.

"She's not gonna have an ate that can go and tell her, 'You don't want to go there because I've been there, I've done that, and I don't recommend it.'"

The program host then turned to Drew who said, "I'm fine. Girl, boy. A healthy baby.

"We're so happy with these two boys. I'd love to have a girl. I'm game for everything."

DJ Boom remarked that Drew will most likely be a protective dad in the event it's a girl.

Iya wholly agreed, "I think so, too. He already is with the boys. What more?"

Drew added, "Hopefully, we get to train the two boys to protect their sister if ever maging sister."

"Of course, having a girl would be a nice surprise. But having a boy, I mean, it's an addition to the two that we already have.

"To see the dynamics between the three of them, that's also something to be excited about. Having that brotherhood...

"And, honestly, it's just easier to having a boy because I already have two boys and I have everything for a boy.

"Should this be a girl, then the first couple of weeks, she gonna have to dress up in her brothers' clothes first."

Iya revealed early this year that she was pregnant for the third time.

Iya and Drew made the announcement on their YouTube channel.

They skipped the gender reveal, preferring to be surprised on delivery day.

Soon-to-be mother of three admits feeling scared to have a daughter.