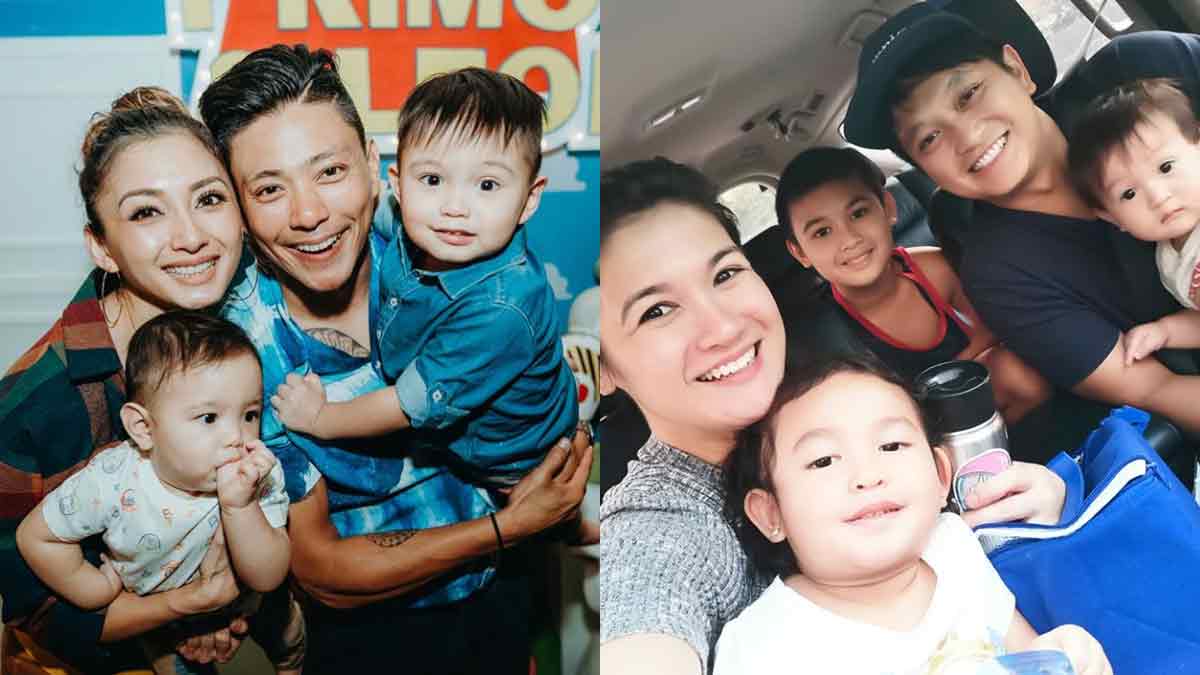 GMA-7 hosts Iya Villania and Camille Prats are thankful to have husbands who are hands-on dads.

When the community quarantine began in March 2020, Iya's husband Drew Arellano and Camille's husband VJ Yambao had to adapt to new roles at home.

"I think Mars Iya and I are very blessed to have husbands or daddies na very hands-on and mahilig sa mga bata," Camille said during the virtual presscon for Mars Pa More on July 15, 2020.

"It's one thing to be in charge of the kids, but it’s another thing to enjoy being in charge with the kids.

"If there's one thing I'm really grateful for is that I get to work na meron akong peace of mind, kasi alam ko kayang-kaya ng asawa ko iyong mga bata, and I know he's also having fun while spending time with our kids."

For Iya's part, the now mother of three felt that they were able to make the most of their time during the quarantine by preparing for the latest addition to their family.

Iya, who was still pregnant at the time of the interview, said: "I think it was also perfect timing for Drew and I and for Drew and the kids because, dahil nga ito, hinog na nga ako and ready to pop na ako.

"He was given a chance to practice dealing with the kids on his own since in a few days, I'll be busy with the newborn.

"This was perfect timing for him, really, to have an even stronger connection with the boys."

Iya and Drew have two boys: Primo and Leon. On July 18, the couple welcomed their daughter Alana.

Iya was particularly thankful that Drew was more attentive to her needs as a pregnant woman during quarantine.

"Pero this time around, the third time around, he knew, 'Ah okay. Nandito na si Iya sa nesting, let's clean this place up.'

"Buti na lang he was on the same boat and he was able to help out."

Camille and VJ were also on the same page when it came to managing the household.

Camille said, "Siguro on the first few weeks of quarantine, parang nagkakapaan kami on what to do. Like who does this, who does that?

"It was easy for me and VJ to talk about it na, 'Can you do this? Or I'll do this instead.'

"So, parang, nagkakapaan na lang, 'tapos parang nagkakaintindihan na rin along the way na kapag hindi ko magagawa, he'll be the one to take care of it and vice versa."

Camille and VJ have four kids: Ice, VJ's son with a former girlfriend; Nathan, Camille's son with late husband Anthony Linsangan; Nala, their only daughter, and Nolan, their youngest.