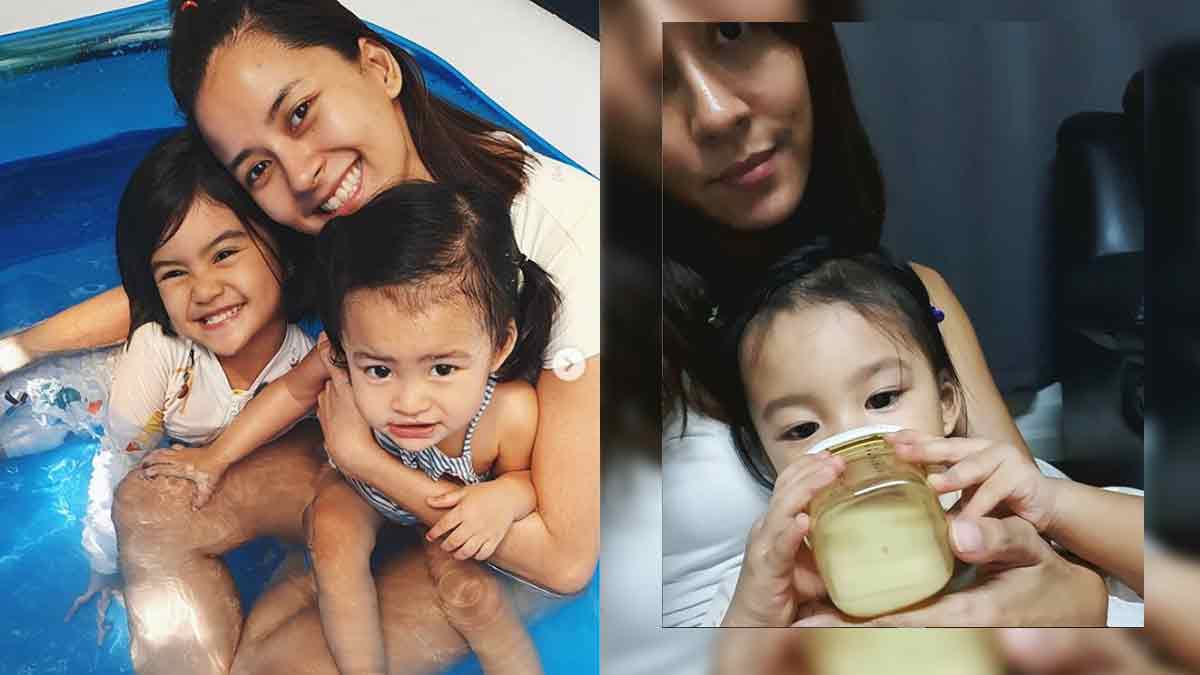 Bianca Gonzalez "officially" ends her breastfeeding journey with daughters Lucia and Carmen, born two years apart. The celebrity mom says, "It was a DIFFICULT, PAINFUL, EXHAUSTING journey, but a most FULFILLING one as well."
PHOTO/S: @iamsuperbianca on Instagram

Bianca is proud to say that her two daughters Lucia, 4, and Carmen, 1, were "purely breastfed."

From the time she gave birth to Lucia in 2016, Bianca breasted her newborn despite her struggles with low milk supply.

The ABS-CBN host said it has been one of her "life's biggest achievements," considering it took her nine months to make breastfeeding work for her and her baby.

And when it finally did, Bianca kept at it around the clock until Lucia turned two.

In 2018, Bianca and husband JC Intal announced they were expecting.

She gave birth to their second daughter Carmen in October 2018.

And so, Bianca began the second chapter of her breastfeeding journey.

A year and nine months later, she was caught off guard when Carmen decided to wean on her own.

Bianca wrote on her #mommydiaries on Instagram, "And just like that… my breastfeeding journey has officially ended.

"I didn't see it coming, especially at a time when we are all just at home, with me breastfeeding my daughter directly during every feed.

"I breastfed my firstborn Lucia for 2 years, until she weaned herself (which was also a very emotional time for me!!) and I really thought I would breastfeed Carmen for more than 2 years!!!!

"Until one day, a few weeks back, she just didn’t. Want. To. Latch.

It makes Bianca cry that it happened too soon, "I was definitely not emotionally and mentally prepared for it!"

Now, Bianca pumps breastmilk, which Carmen drinks from a bottle.

Bianca shared in her post her remarkable journey as a breastfeeding mom.

She wrote, "It was a DIFFICULT, PAINFUL, EXHAUSTING journey, but a most FULFILLING one as well...

"I struggled with low milk supply for both daughters, but I was able to breastfeed for 2 years and for 1 year 9 months, as a working, latching, pumping-when-at-work mother.

"Thank you Lord for sustaining me!!!! It was so difficult but I am so glad I chose to breastfeed!

"To the #breastfeedingmom reading this—mahirap, sobra, pero if you really decide you want to do it, exclusively and purely breastfeed, with the right mindset, patience, perseverance, support system, KAYA MO TO.