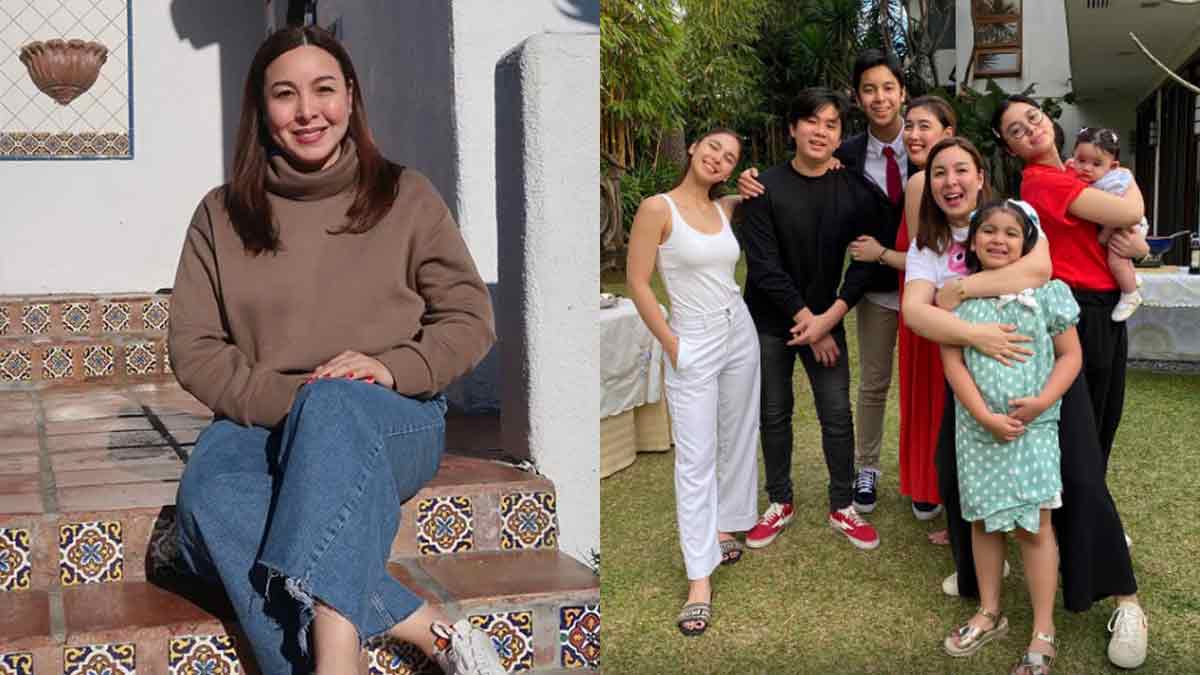 Being quarantined has given Marjorie Barretto a pause to count her blessings.

And first among everything she is thankful for is the closeness of her family.

The celebrity mom said as much in her appearance on the Facebook livestream show Conversations with Cathy last August 7 where she reflected on her good relationhip with her grown children,

Marjorie opened to host Cathy Sanchez-Babao, "For so many years now, I really kept my friends to a minimum.

"Kasi parang, you know, you realize what kind of friends you want to hang around with, want to be with, the people who will lift you up, things like that, right?

"That's the good thing about having grown-up children because, you know, at the end of the day, they are my most trusted friends...

"I realized there's no one I can trust more... this relationship is the most stable relationship I could ever have.

"That's one thing I've learned now. I said, 'This is the reason why God gave me five kids.'"

They are Dani, Julia, Claudia, only son Leon, and Erich, the baby of the family.

"And yet, in spite of all of that, you're like one solid unit. What helped? How did you foster that?"

Marjorie admitted she had no idea how she was able keep her children deeply bonded to one another.

But looking back, it could be that time when Marjorie put the three girls—Dani, Julia, and Claudia— in one room.

She said, "In the beginning when they were young girls, they had to sleep in one room. Dormitory style.

"They had no choice. If there's a rift, if there's tampuhan, they have to fix it because they're going to be sleeping beside each other. They'll be sharing one bathroom.

Petty quarrels and misunderstanding are common among siblings, and when Marjorie would see her children quarreling, she admonished them to resolve the issue and make amends right away.

The former actress was proud to say it has been that way wth her children—to resolve things immediately and privately when there are issues, especially now that they are leading independent lives.

Marjorie said, "I don't know what I've really instilled in them, but I think they know how important it is for me that we are united no matter what happens.

"So, when they see that I feel bad, kung may samaan ng loob, they fix it on their own right away."

She added as a parting shot, "It's gotta be better for this generation."

Currently, Claudia and Leon still live with Marjorie and, of course, Erich.

Her two older daughters Dani and Julia already live on their own.

Julia lives in her own place not too far from Marjorie's.

Dani lives with husband Xavi Panlilio and their daughter Millie.