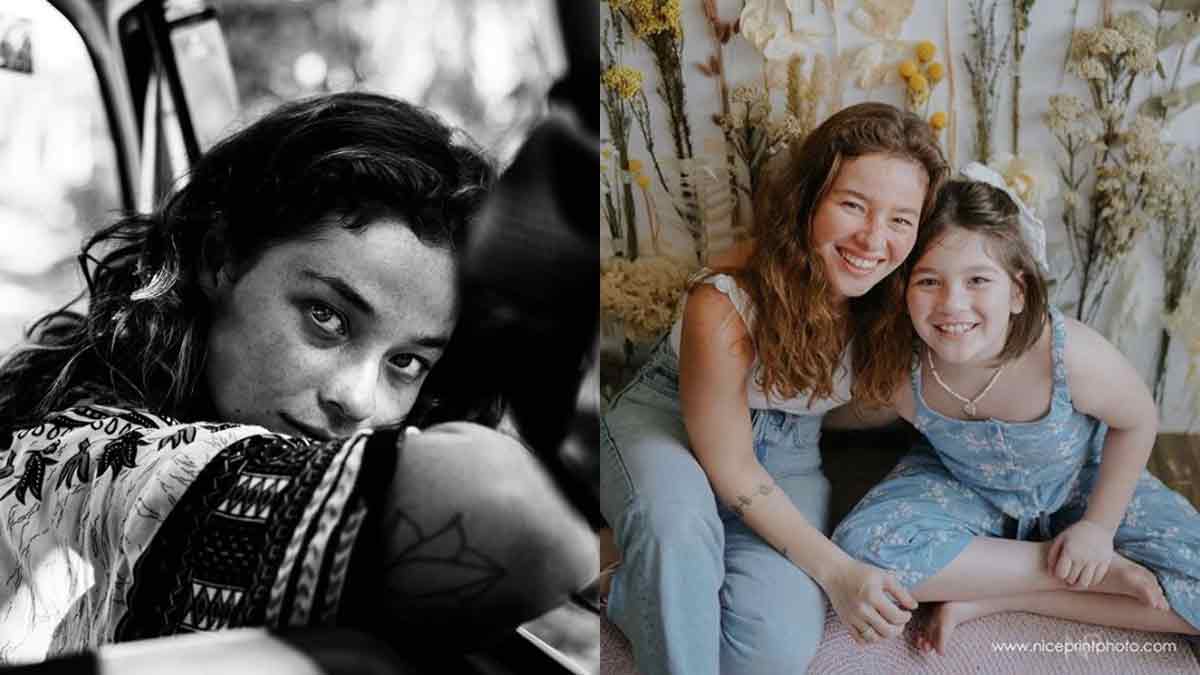 Andi Eigenmann says giving birth to Ellie in 2011 opened to her a new path other than following in the footsteps of her acting family. Ellie is now eight years old.
PHOTO/S: @andieigengurl on Instagram / Nice Print Photography

Andi Eigenmann looked back on her life before motherhood.

The two good friends exchanged insights and stories about parenting, particularly about starting motherhood at a young age.

The now part-time actress recalled what she felt after giving birth to Ellie, her eight-year-old daughter with ex-boyfriend Jake Ejercito.

She said, "I put a lot of expectations on myself, but because I didn't really know who I was yet. I was just trying to be… the 'ideal mom.'

Andi was getting good breaks in showbiz when she got pregnant at the age of 21.

She was, after all, the daughter of the late actor Mark Gil and seasoned actress Jaclyn Jose.

And Andi was proving herself worthy to follow in the footsteps of her parents.

She said her priorites then were vastly different from today, and having her own family wasn't part of the picture.

Andi told Dimples, "Ako kasi, parang, it was more on that's what my entire family was doing and that's why I wanted to try it out also.

"Kasi, masyado ding—I mean, hindi bad, ha. Hindi bad. Pero parang ang goals ko for myself were more selfish in the sense that it's all things I wanted for myself."

Andi was, in fact, starring in her second ABS-CBN prime-time series when rumors of her pregnancy made headlines.

In a flash, her outlook about career success drastically changed after she gave birth to Ellie in November 2011,

For one, she vowed to commit herself to her new role as a mother.

Andi continued to be active in showbiz, but, in 2017, she took a step back from the limelight to figure out what she really wanted.

She said, "That's when I needed to, you know, take a look and reflect on myself and my life and ano ba talaga ang gusto ko?

Andi began building a new life on the beaches of Baler in Quezon province.

Another life opened up to Andi when she met her current partner Philmar Alipayo, another beachcomber but a famous one as champion surfer.

Philmar is the father of her second daughter Lilo, born in July 2019.

Andi and Philmar are based on the island of Siargao, known as the surfing capital of the Philippines.