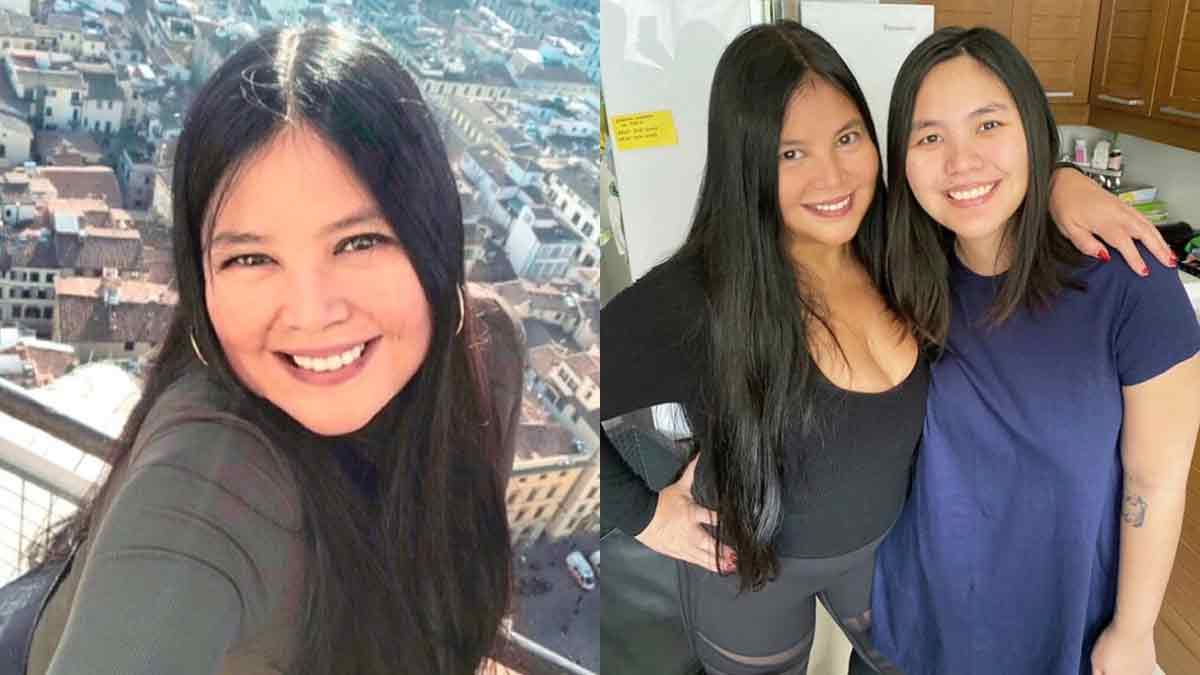 The former actress was overjoyed at the arrival of her granddaughter Sachi, the firstborn child of her daughter Paulina Sotto.

She considers being Paulina's mother as "the greatest blessing" in her life, and she prayed for the day that her daughter would wed and bear her own child.

"I never married, and it was my biggest frustration that I only bore one child," the new lola told PEP.ph (Philippine Entertainment Portal) via Instagram direct message on September 9, 2020.

"It was not an ideal situation, and I was a single parent, but I was very thankful that my ultimate wish and greatest prayer was somehow granted by God."

Angela waited for three "agonising" years until finally, her dream for more than two decades was fulfilled. Paulina and Jed are now parents to a baby girl.

She is excited to be a doting grandmother to Baby Sachi, as she continued, in her direct message to PEP.ph, "Having an apo for me means that everything has somehow come full circle.

"Aside from the immense joy the baby brings, it means that it is somehow the culmination of everything I worked hard for when raising my own daughter.

"Although my daughter is highly accomplished in her life, I really wanted to raise her to become a great mother.

"For me, there it is, the most important job in the world, and I wanted Paulina to learn from me.

"And I wanted to watch her go through everything I went through for her. It's just the natural circle of life."

Angela witnessed firsthand the highs and lows of Paulina's pregnancy.

"It was almost a nightmare," the actress turned ballroom dancer revealed.

"Physically, [Paulina] was strong and did not have any complications, which I'm thankful for.

"But emotionally and mentally she was a wreck, and not because she is weak, but because COVID happened."

Aside from the pandemic, Paulina also worried about Angela, who faced a health scare of her own. She had a severe bladder problem that lasted for weeks and led her to stay in the hospital.

This is why Angela summed up Paulina's pregnancy journey as "a roller coaster of emotions that a normal pregnancy in a normal world would never produce."

Angela had to stay "calm and strong" for Paulina, but the former actress also saw how her daughter did the same for her.

"During the whole quarantine experience, I felt that it was Paulina who was suddenly taking care of me and not the other way around.

"Especially when I got sick, my daughter went above and beyond the call of duty to make sure I would be okay.

"She went through breakdowns, but she always did what she had to do. I saw a resilience that I had never seen in her before."

The rough experience also reminded Angela of the strength of their mother-daughter bond.

"We are like best friends. She can tell me everything, and vice verse. There is nothing that she cannot ask of me.

"And in the same respect, there is nothing I would not say to her. I tell her I love her every chance I get.

"I travel with her. We message each other constantly. She knows everything about me. And she is happy when I am happy.

"If there's one thing that I am most proud about in my life, it is our mother-daughter bond.

"It is one of the strongest I have ever seen, and it all came from just one thing... the fact that I love her so immensely."

When talking about parenting advice, Angela only had one major reminder: "All you have to do is LOVE the baby..."

She underlined, "Just love the baby with everything you have... and everything will come naturally.

"Never stress and trust yourself. Do not doubt your ability, because if you truly love your child, things just fall into place, and you will know exactly what to do."

Angela is confident that Paulina will be a great mother. She was at her best and gave her all when she became one.

The mom of Vic Sotto's fourth child said, "I basically went through the entire mothering process on pure instinct.

"I never had a yaya, and I gave birth to an 8.3 pound baby on pure Lamaze, no pain meds at all.

"I breastfed successfully for two-and-a-half years!

"I did every diaper change, every feeding, every bath. I was never taught... it just came naturally."

Angela also had this piece of advice for all new parents: "New parents should expect challenges, but taking care of a baby is not as difficult as what you may think it is.

"I did it all as a single parent, and the reason I breezed through it is because I was just constantly in a state of euphoria over having a baby.

"Even when [Paulina] got older, I still could not believe I was so fortunate that God granted me a child.

"Sometimes gratitude is all it takes to get you through."

Her parting words to all the parents out there: "If something is proven to be the best thing for your child, then DO IT.

"You may not see the effects of these things right away, but believe me they manifest when the child is older.

"Don't be lazy, don't be complacent. Just because it might happen some 18 years in the future, and not today, don't brush it off.

"PLEASE BREASTFEED! It's the best for the baby."