Jake Ejercito reveals compromise with Ellie regarding use of Tiktok 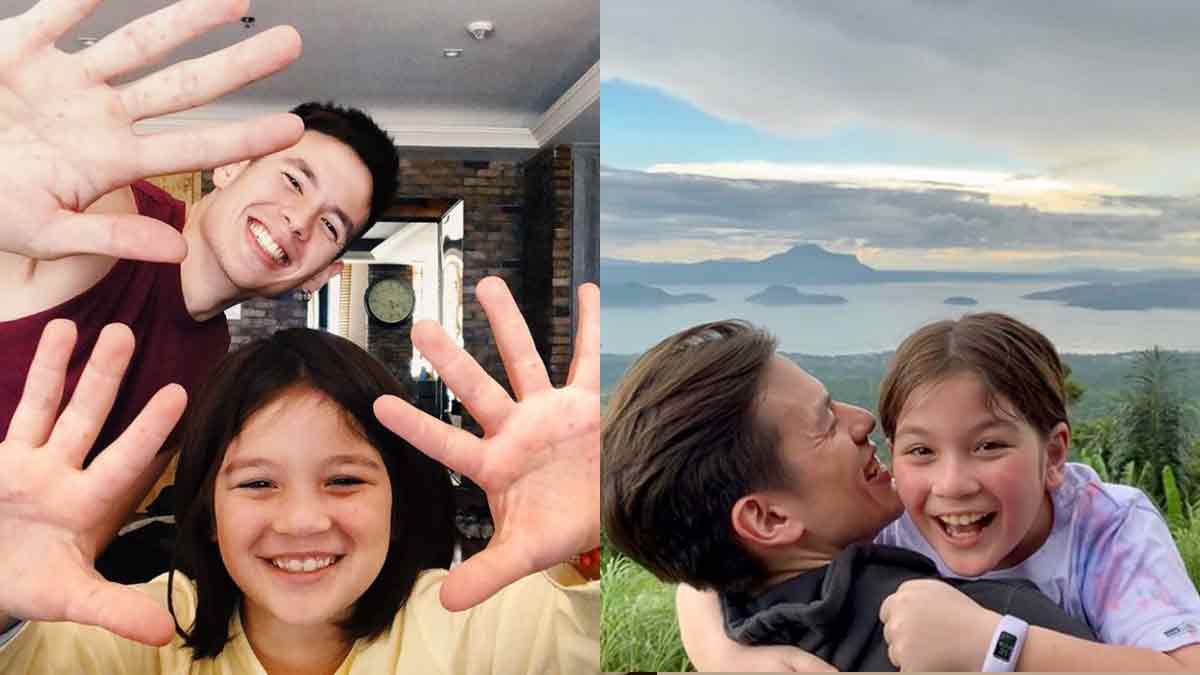 Quarantine has taught Jake Ejercito the challenges of having a daughter as a child. As a father to eight-year-old Ellie Eigenmann, he wants her to grow up strong and self-reliant.
PHOTO/S: @unoemilio on Instagram

Thanks to the quarantine, Jake Ejercito was able to spend uninterrupted quality time with his daughter, Ellie Eigenmann.

Jake and Andi Eigenmann—Ellie's mother and his former girlfriend—share joint custody of their daughter.

Ellie was living in Jake's house in Manila when the community quarantine took effect on March 15, 2020.

Andi, who is based in Siargao, was able to fly back to Manila in June 2020.

This meant that for three full months, Jake had Ellie all to himself.

The experience taught him a lot as a father.

Jake had to try new things, and, at the same time, introduce his interests to her.

"First time ko mag-bake ng cookies because of her.

They also played badminton together.

Their three months together also made Jake realize how much Ellie is becoming her own person.

For one, Ellie loves posting on TikTok, a social media platform where one does various dance videos and comedy skits.

At first, Jake was against the idea of his daughter using the video-sharing app.

"Siyempre you have to be vigilant, and you want her to be discerning sa mga makikita niya doon.

They argued about this during quarantine, but the father-daughter duo eventually reach a compromise.

Jake also learned that Ellie inherited one of his traits.

Jake as a dad

How is Jake as a dad?

He revealed, "I'm the bad cop, aminin ko na iyon. But, at the same time, I make it a point to be authoritative and not authoritarian.

"I want Ellie to trust me and not fear me. Iyong hindi siya matatakot na magsabi ng anything."

He also voiced out his concerns about raising a daughter in today's world.

The son of former Manila Mayor Joseph Ejercito Estrada and former actress Laarni Enriquez said, "Having a daughter, it's hard not to worry. Kasi, parang, despite the advancement sa women empowerment, di ba? Parang, there will always be sectors of society na will objectify women, unfortunately, and treat them differently."

This is why he wants to be intentional in the way he raises her.

Jake said, "Ngayon pa lang, gusto ko na-e-empower si Ellie to save herself and not to feel the need to be saved by anyone else. Self-validation."

Ellie is turning nine this November.