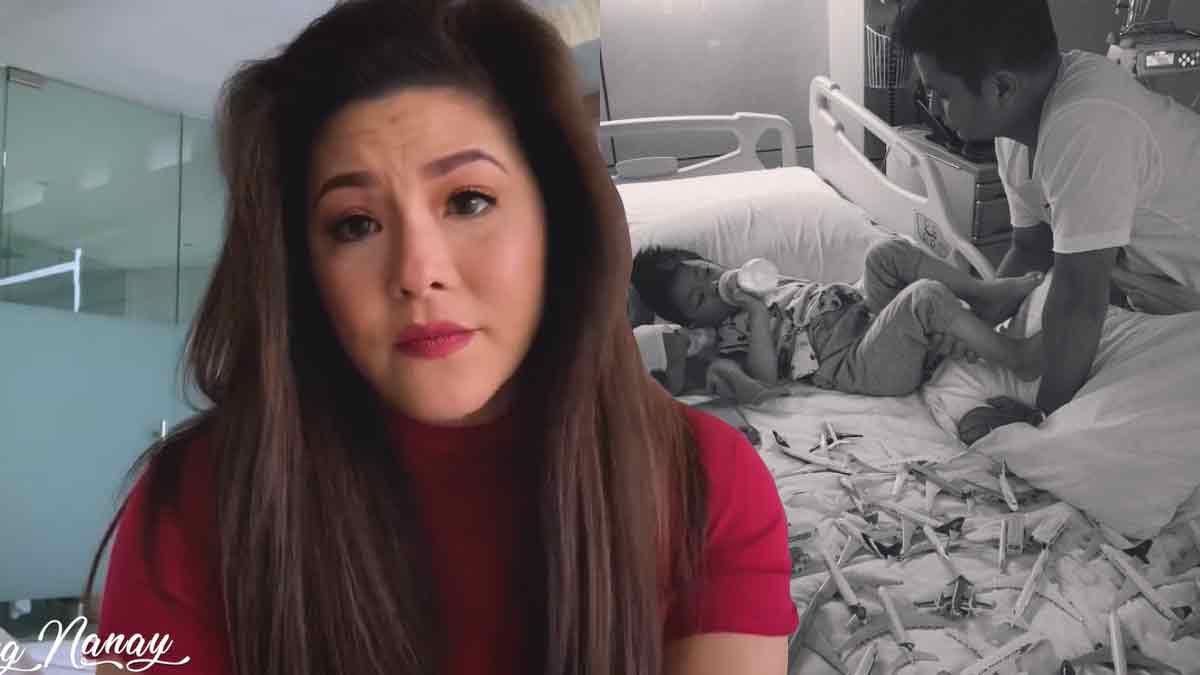 Regine Velasquez can't forget how "helpless" she felt when her son Nate was rushed to the hospital and she was on stage for a concert performance.
PHOTO/S: Screen grab from Regine Velasquez on YouTube / @reginevalcasid on Instagram

It happened on a Valentine's Day weekend in 2015, that one day in February Regine Velasquez swears she will never ever forget as a mother.

She was set to have a two-day concert with fellow performers Gary Valenciano, Martin Nievera, and Lani Misalucha at the SM Mall of Asia Arena.

Her son Nate, who was three at the time, was excited as well.

To cut travel time between Quezon City, where they live, and Pasay City, the concert venue's location, Regine and husband Ogie Alcasid booked a room in one of the hotels near Mall of Asia.

A win-win decision, so far, because Nate happened to enjoy staying in hotels and Regine did not have to worry about him during her performance.

But on the night before the concert, Nate started throwing up.

Regine recalls in her YouTube vlog dated September 23, 2020: "That night, nagsuka siya for some reason...

"He kept throwing up, so lahat nung kinain, iyong milk, lahat sinuka. I was so worried.

"masakit for me that I wasn't there."

The following day, on the first night of the concert, Regine couldn't concentrate while preparing for the show.

By then, Ogie had brought Nate to the hospital, and Regine at the concert venue felt so helpless.

"And medyo may fever. Feverish na siya nang konti… so I was so stressed out.

"Siyempre show na iyon, so the show must go on. I felt so… I don't know. I can't even describe the feeling.

"Parang I felt so helpless because I couldn't do anything because I was already backstage.

Regine did not reveal what caused Nate's vomiting, but she remembered vividly her panic and trauma at that time.

Five years later in her vlog, she can still feel the same wave of emotion that overcame her then as though it happened only yesterday.

The songbird continues, "Parang hindi ko… it was such a weird feeling for me.

"I wanted to be there because, you know, nai-imagine ko kapag nilagyan ng suwero, iiyak. Hindi ko maano. Medyo masakit for me that I wasn't there."

She remembers her tears overflowing as she sang "If You Go Away" during the concert.

At some point in her vlog, Regine opens up more about the tough decisions a woman is forced to make as a mother.

Her number one concern is naturally her son, Nate.

She muses, "Maraming beses na siya nagkasakit, but this particular experience I cannot forget because I had to work,

"And I wasn't with him when they took him to the hospital. Medyo hindi ko talaga iyon makalimutan na sana hindi na iyon mangyari.

"But basically, we all go through the same thing. Ibang situation lang,

Nate is turning nine this November.