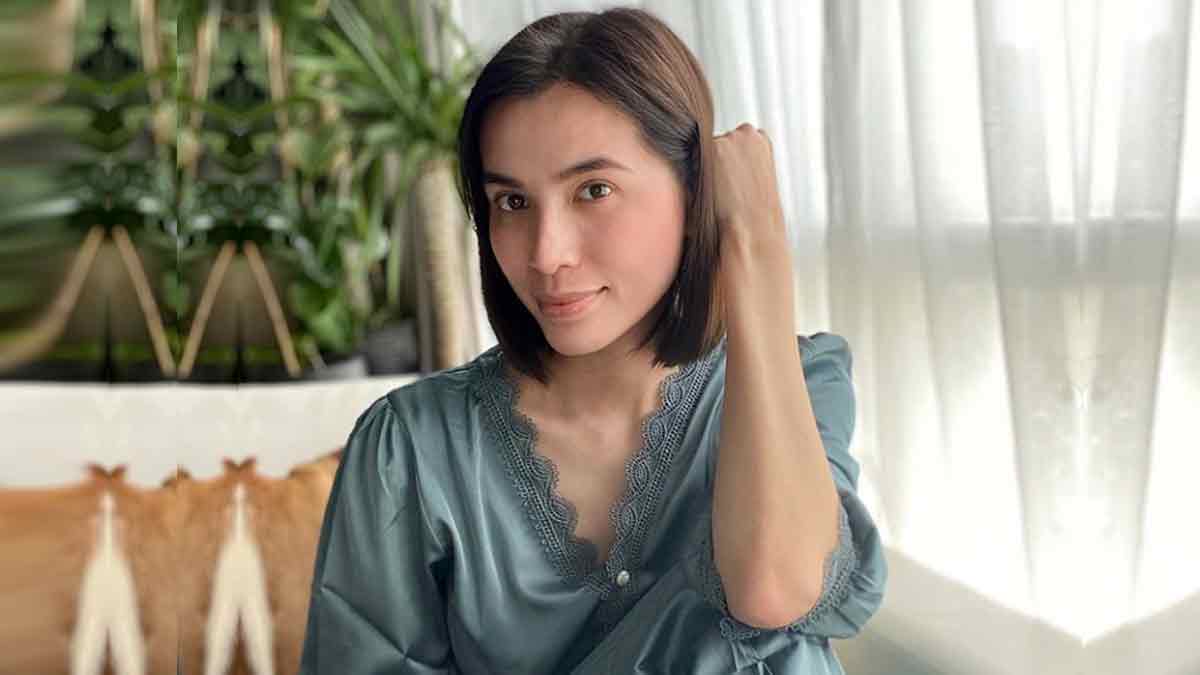 Divine Lee wants her kids Baz and Blanca to learn the value of hard-earned money the same way she was taught by her father Delfin.
PHOTO/S: @divinemlee on Instagram

One of the first lessons Divine Lee learned as a kid was the value of hard-earned money and a hard day's work.

She said her dad, real-estate magnate Delfin Lee, instilled in her young mind that "everything has to be achieved thru some kind of work or service."

In their household, "work or service" generally meant doing household chores to get what they wanted.

Divine told PEP.ph (Philippine Entertainment Portal) in an email exchange last September 23, 2020, "I remember my mom making me wax the car at around 6-7 years old to buy a puppy.

"It may seem like nothing, but I think it engrains the idea of working for something."

Now that she is running her own household and raising with husband Blake Go their two kids—Baz, 2, and Blanca, 1—Divine is continuing the family tradition.

She said, "Actually ngayon pa lang, Baz does small tasks in exchange for what he likes.

EARNING HER OWN MONEY

As far back as the host-vlogger could remember, she "always had a thing for selling."

Divine remembered buying "printed licenses" at Regina's Greenhills and selling them to her playmates.

She added, "I also sold ice candy in our village. And my yayas would sell soft drinks litro without my mom's knowledge. haha!"

Her first paying job at the age of 15 was to do modelling for the shows of Robby Carmona, a fashion show director and event producer.

She told PEP.ph, "Obviously it's not full-time but enough to have a little money of my own."

She recalled, "For me it was fun because I brought friends to do it with me. Para lang kami gumimik.

"I also offered to contract printing of flyers and brochures of my dad when I was younger because I wanted gimmick money.

"Luckily, my college friends had a printing press so we got the contract."

Divine said she became more ambitious with her goals when she reached her 20s.

From earning her own "gimmick money," she began to save up for her own space.

Divine continued in her email, "I was living in a condo with my dad. When I started working, I started saving for a condo.

"My dad helped me with documentation. Siyempre, no one would grant me a loan easily that time, so he had to co-sign.

"But I paid it all by myself. I really learned the idea of may hinuhulugan. Na every month, I had to earn a certain amount to pay for mortgage.

"After finishing the first one, I was able to buy the unit beside me na."

Being saddled by monthly payments has also disciplined Divine to spend wisely.

She said, "Don't get me wrong, I did splurge on my self naman.

"But since may mga responsibilities ka every month, I learned to budget.

"Siyempre iniisip mo din, you need at least some savings enough for a couple of months of your amortization bago ka magbibibili ng bags etc."

These days, Divine is spending more for her kids than for her leisure.

"So it’s more like, yung planning mo, hindi na for the next music fest, next shoot or next fashion week. Ngayon, more on the kid na talaga."