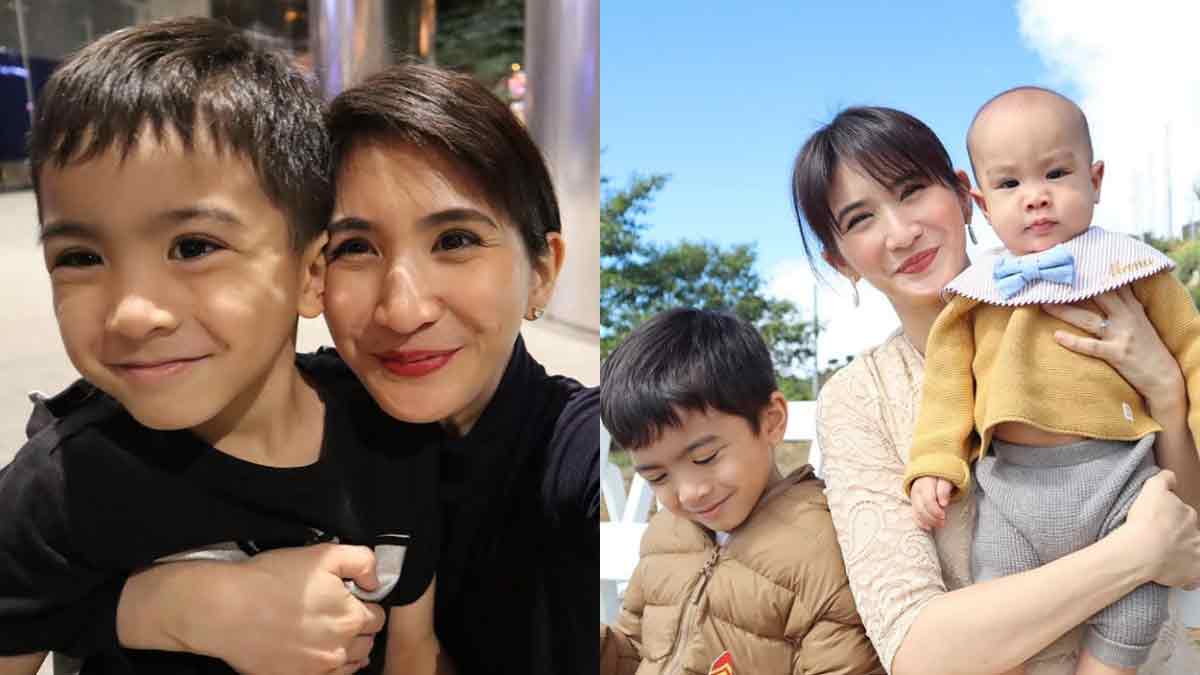 For a self-confessed couch potato, Rica Paralejo has been opening a whole wide world outside the Internet to her older son. She says Google isn't the only tool parents can use to answer their kids' questions. Kids can learn through conversations, too. Also in photo: her sons Philip (L) and Manu
PHOTO/S: @ricaperalejo on Instagram

One Sunday afternoon, Rica Peralejo's six-year-old son Philip went up to her to ask about timezones.

Rica, who was nursing her one-year-old son Manu, chose that moment to engage in a conversation with Philip instead of searching Google to give a cut-and-dried answer to his question.

As written in her caption, Rica's options were: "1.THE SUN TRAVELS (this Stevenson poem is so handy I highly reco to all moms, the ROI is wow lang, more than what you asked for!)

"2.The Oceans Atlas book we have on his shelf

"3.The PAL workbook freebie which he got from one of our flights

"4. World Clock on my phone

"5. Memories from all our travels"

She said, "Our talk brought us not only to an understanding of timezones, but of climates, weathers, seasons, ramen, Philippine beaches, what a cape is, why the Red Sea is called thus, how he likes the East a lot, fixed directions, snail mail, e-mails, postcards, stamps, fruits in Singapore, and more.

"All that using a mix of things: poetry, books, clock, and experience. Far better than a googled answer. (Although I google naman also a lot din.)

"And all that, too, without having to get up from the couch."

Rica added, "This talk was actually years in the making. It probably began when he was two years old and we took him to Japan.

"Finally, it all plays out on his sixth year on earth!"

As a homeschooling mother, Rica has realized there are other ways to help children acquire new knowledge besides formal teaching.

Rica said, "I guess then all I want to say is that homeschooling can be on a break but learning never stops...

"If we only talk to our kids a lot, so much of their learning does not have to be forced."

She also emphasized the importance of encouraging children to read more by giving them "quality materials."

Lastly, she again harped on talking to them about things that are new to them.

And for a couch potato, she has been remarkably opening a whole wide world outside the Internet to Philip.