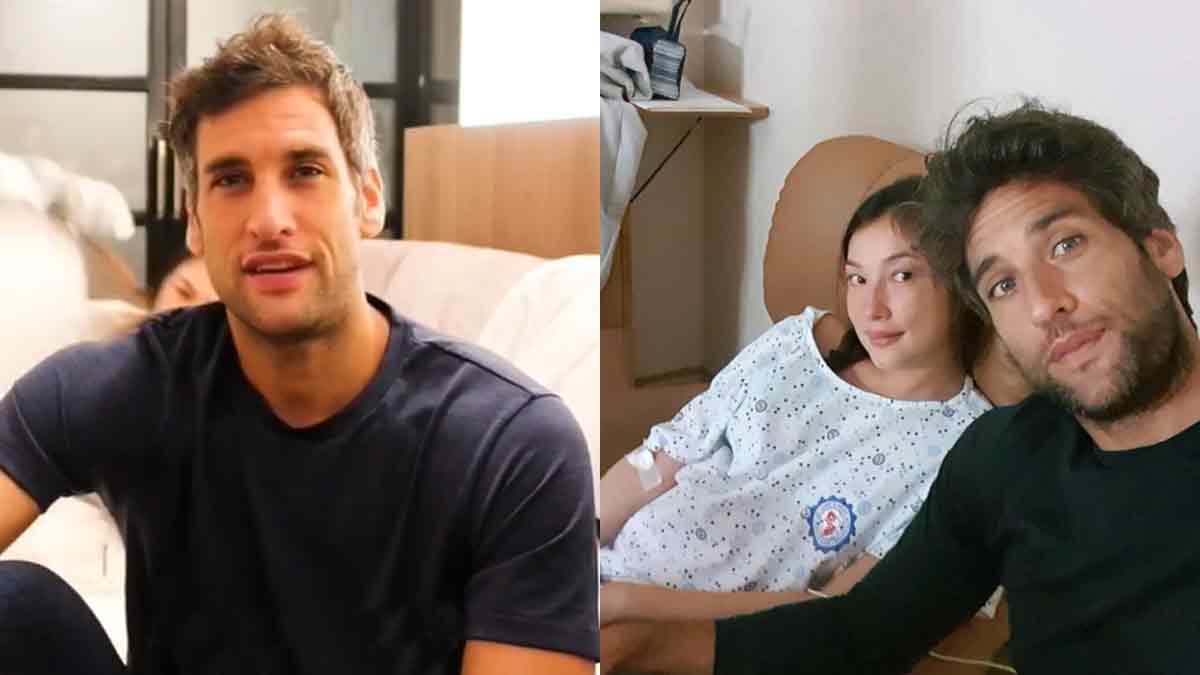 Nico Bolzico recalls feeling "more useless than before" when he witnessed all the struggles Solenn Heussaff had to go through during her pregnancy. They are now parents to daughter Thylane, who is 10 months old.
PHOTO/S: @nicobolzico on Instagram

Nico Bolzico has not forgotten their struggles on the journey to parenthood.

This is even if 10 months have passed since he and Solenn Heussaff became parents to their daughter Thylane Katana or Tili.

The social media star and endorser told his side of their journey on the RX 93.1 radio and livestream show All Out on October 7, 2020.

"Basically, we didn't have an easy pregnancy," Nico began.

"Thylane was not properly growing. From the fifth month onwards, I have to inject Solenn in the stomach.

"We had to go and check in the hospital every week. She had to take so many different medicines and pills and all that."

Nico was there to support Solenn, but he wanted to do more for her.

"From my perspective, it was like, I felt a bit like I'm doing absolutely nothing because there's nothing I can do, right?

"I was just there to support and see what I can do.

"But at one point, I saw Solenn stop caring about her body just to be able for Thylane to grow. When I saw that, it's crazy.

"She had to be on bed rest. She was confined like three times before she gave birth. We had a lot of complications…

"It was a happy ending in the end, but then as a father, you see yourself and like, 'What can I do?'"

Nico was unable to share in the physical health problems of Solenn, but he felt the changes he went through were more emotional.

He remarked, "You feel even more useless than before, right? It's like, 'Okay, she's going through this. What can I do?' Despite being there and support… but there’s no match."

The pregnancy journey made Nico fall in love with Solenn more.

"It made me see Solenn in a completely different way... Even if I was in love with her way before the pregnancy, it was like, 'Okay, this is a whole level that we’ve unlocked now in our relationship that I never expected.'"

The Instagram-famous celebrity admitted that the pregnancy was more stressful than it was enjoyable, but all the challenges did pay off in the end.

"The moment Thylane came out, and I was with Solenn… we were both crying so much."

Love of a father

During the interview, Nico couldn't put into words the love he has for Thylane.

He recalled that before he became a father, people had tried to describe that kind of love to him.

"You know, they always tell you, 'Oh yeah, when you're a dad, you'll feel this and that.'

But when Thylane was born, Nico immediately understood what they meant.

"As a father, it's amazing.... You realize that it is completely different. Something that no matter how many parents tell you about it, you won't understand until you actually live it and you have your baby.

"It's something that's very difficult to explain. I don't think you can explain.

"And now, when we look back what we went through and what we enjoy with Thylane every morning… we enjoy absolutely every second."

Nico is completely devoted to his role as a father. He even has a "mission statement" for himself.

He revealed in the interview, "I even wrote a mission statement that, as a father to Thylane, things I will never change.

"But I promise to dedicate every single morning of my life to her. It's really something, as a dad, I never expected to feel this way."