Coleen Garcia is amazed: "Dad and I would be raising our babies at the same time" 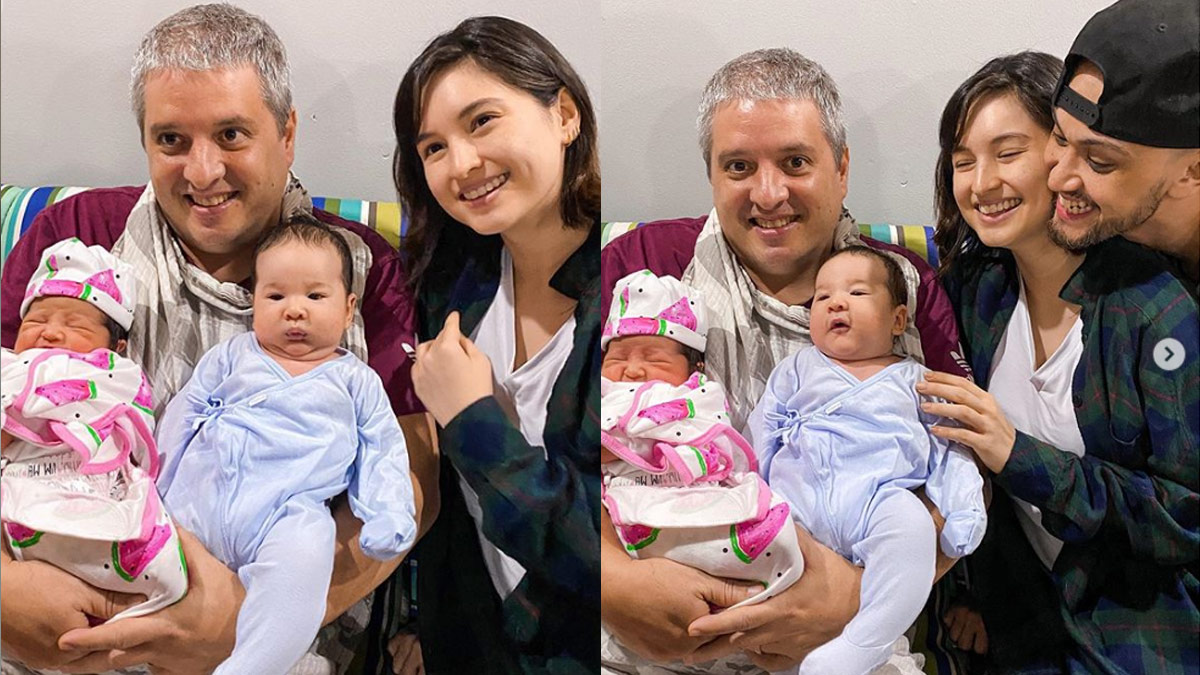 Coleen Garcia currently has two babies in her life: her firstborn son and her baby sister.

The actress is amazed that her baby boy and her dad Jose Luis Garcia's baby girl were born almost at the same time.

In an Instagram post on Thursday, October 29, the first-time mom proudly showed her son Amari and her baby sister Alison Louie.

According to Coleen, Baby Amari had an interesting reaction to meeting his "aunt." Coleen wrote in the caption of her post, "My baby sister’s trying to access Amari’s milk stash, and he’s not having it. lol"

Coleen also revealed how she knew her dad and his wife Sey would soon have their own baby.

She recalled in her post, "Around March of last year, during worship at @favor.church, I was in tears after God so clearly told me that my Dad was gonna have another child, and that he was going to be given a new beginning.

"I felt Him say that things were gonna get crazy—in a good way, ofc.

"Don’t know how to explain it, but it was so clear, specific, and out of the blue.

"I told everyone around me before telling my Dad (in the presence of our Connect group because I needed witnesses) [emoji]."

The Kapamilya actress noted that her father had been single for 15 years when she told him that she could foresee him having another baby with his wife.

He was skeptical until it actually happened.

She said, "For those who didn’t know him before this season in his life, he was single for 15yrs and was always the most cynical person when it came to his personal life. So when I told him about God’s plan for him, he didn’t want to believe or accept it.

"Months after, he met the woman he ended up marrying, which was already a miracle on its own. Fast forward to today. I guess this is the crazy part. [emoji]

To end her post, Coleen said, "Never would have imagined that my Dad and I would be raising our babies at the same time! But God’s just awesome like that. Way-maker, miracle worker, promise keeper [emoji]."

Coleen and her husband Billy Crawford welcomed Amari on September 10, 2020.