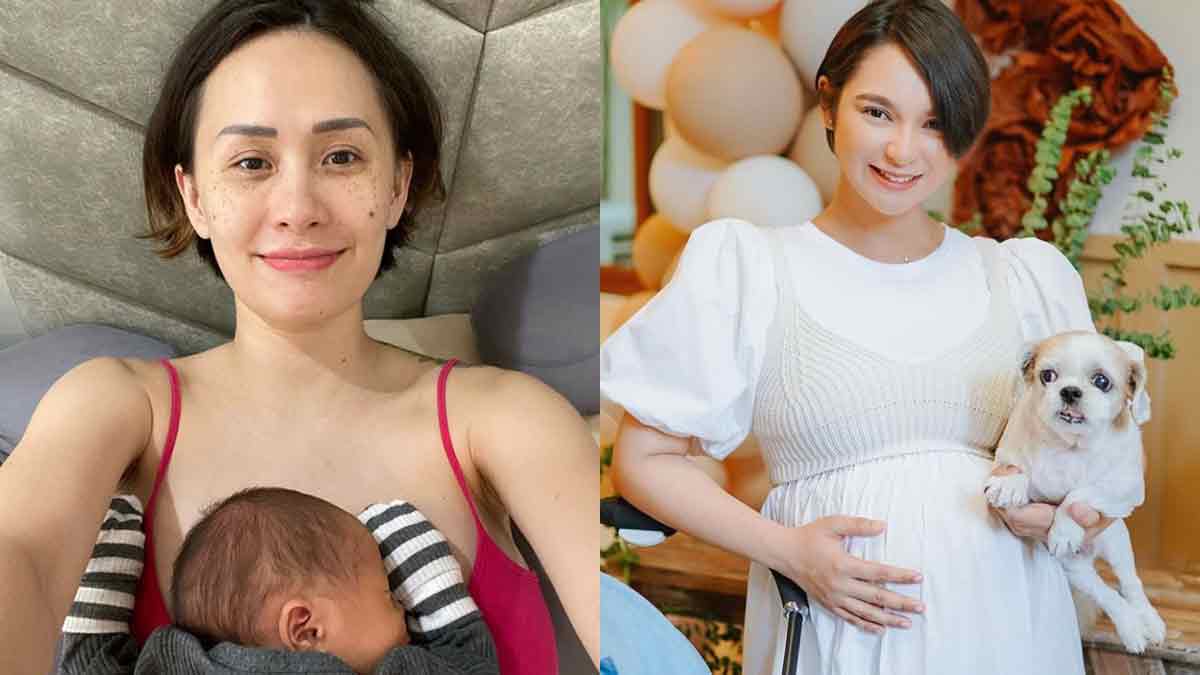 Ryza Cenon is facing her first challenge as a new mother: breastfeeding.

The ABS-CBN actress reveals in her Instagram post on November 2, 2020 that as much as she wants to feed her newborn son Night, she has a low supply of breast milk.

Chariz, a mother of three, is currently breastfeeding her third son Andreas, who was born on September 30, 2020.

Based on the comedienne's posts, she can produce as many as 10 bottles of five-ounce liquid gold from her letdowns.

Ryza's close celebrity friends send messages of support in the comments section of her post.

The Kapuso actress had low supply of breast milk for Stellar and Salem.

When she gave birth to daughter Stellar in 2016, Chynna admitted to not being able to fulfill her personal goal of exclusively breastfeeding her baby.

She said in her interview with now-defunct GMA-7 show Sarap Diva that year: "I really tried my best naman with the mixing [of formula milk and breast milk] and everything, but I got sick and then my supply dried up.

"My parents and my husband, si Kean, told me, 'Look, just because you were not able to attain iyong goal na i-exclusively breastfeed Stellar doesn't mean you're a bad mom.'"

Three years later, when she had her second child Salem, Chynna was resigned to her situation.

She said in an Instagram post: "I wish I could produce milk that can fill bags to the brim & donate milk to those who need liquid gold. However, I'm not cut out for that. It all boils down to anatomy at the end of the day."

LJ Reyes helped Chynna in feeding Salem during that time.