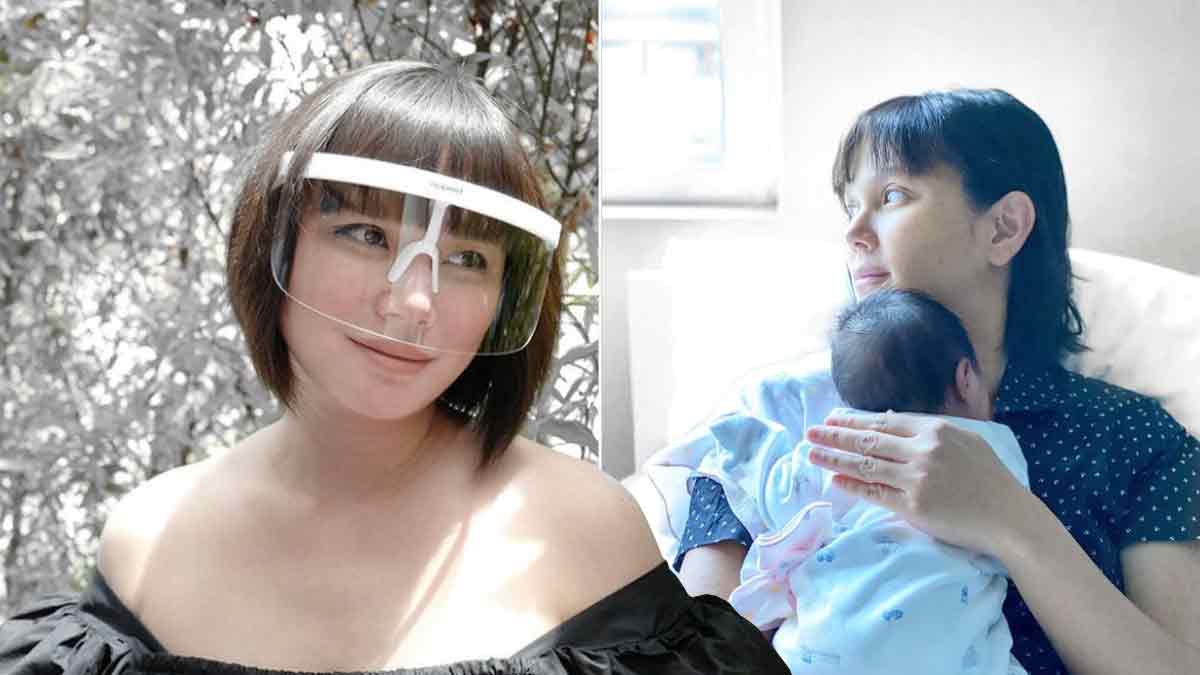 Isabel Oli remembers spending the last trimester of her third pregnancy alone. During that time, she had to take four swab tests and almost gave birth to daughter Forest prematurely.
PHOTO/S: @isabeloliprats on Instagram

It has been four months since Isabel Oli gave birth to her third child, a girl named Lilla Forest.

In her vlog posted October 20, 2020, Isabel narrated her pregnancy journey with Forest, saying it was "way different from her past pregnancies" since it happened in the middle of a pandemic.

Right at the start of her pregnancy, Isabel already encountered serious troubles.

"There was blood around the sac, so puwede mawala talaga siya," the mother of three revealed.

She was grateful that her OB-GYN, Dr. Valerie Guinto, was there to guide her throughout the pregnancy.

The celebrity mom also had to undergo intralipid infusion, which she noted in her vlog is a "twenty percent intravenous fat emulsion used routinely as a source of fat and calories for patients requiring parental nutrition."

Isabel did the procedure during her second pregnancy, but only once.

For her third pregnancy, she did it more frequently. Isabel said, "Ito talaga, parang every four weeks, 'tapos every three weeks, every two weeks, ganyan."

Isabel also had to inject Innohep every day to prevent blood clots and Lymphocyte Immunization Therapy (LIT) to enhance her immunity.

She also said it was a costly treatment, which led her to think "tama na."

Isabel was instructed to go on bed rest for majority of her pregnancy, which meant she couldn't carry her two kids Feather and Freedom.

She added, "Bawal akyat-baba, so medyo iba lang talaga. But worth it. 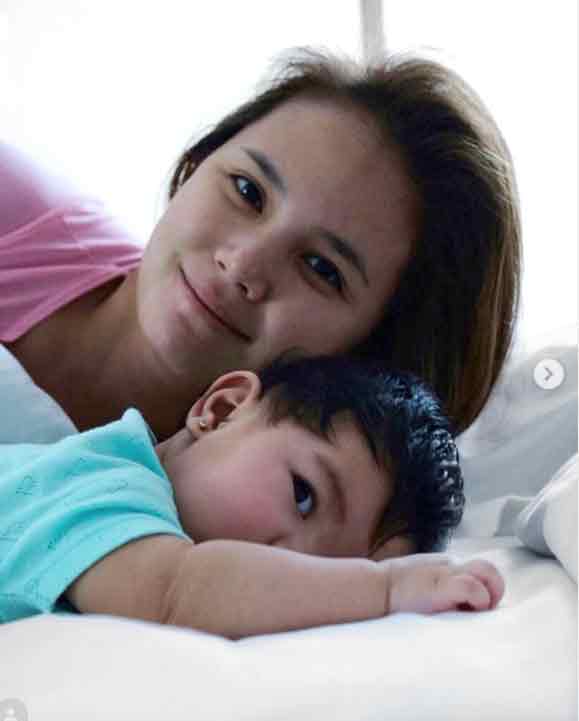 At 36 weeks into her pregnancy, Isabel had a cough.

It was the middle of the pandemic, so she was instructed to get tested. Isabel underwent four swab tests.

To add to her anxiety, Isabel was on her own at the time.

As part of the new normal protocols for television and film production, the entire cast and crew of the ABS-CBN series Ang Probinsyano had to do a lock-in shoot in Batangas.

For John, this meant spending five weeks away from his pregnant wife and two children.

With John away, Isabel started to struggle with anxiety.

Her worries continued to pile up as she entered her 38th week of pregnancy. 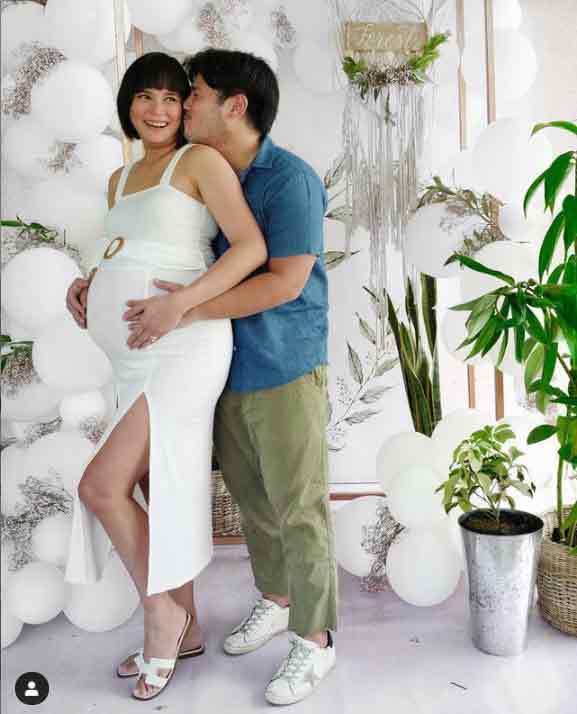 During one of her check-ups, the doctor saw that the baby was breeched, which meant the baby's head was not in the correct position for birthing.

This prompted Isabel's doctor to schedule an emergency C-section the following day.

The thought of having a C-section during the pandemic made Isabel anxious, as she felt it posed a unique set of challenges she would have to face on her own.

She reasoned, "CS for me is really okay. Hindi talaga iyon negative for me.

"But sinabi kasi sa akin I had to quarantine myself and the baby for 14 days, so inisip ko, kung i-CS ako, paano ako makakakilos, di ba?

Isabel prepared herself for the emergency C-section. She prayed and prayed.

Just as the procedure was about to start, she asked her doctor to check the baby one more time.

"Baka naman may miracle," Isabel recalled saying, and it was meant as a quip to lighten the mood.

But when the doctor checked, Isabel had a surprise.

"Pagkahawak niya, instantly nahawakan niya iyong head of the baby na nasa baba na. That for me was a big, big miracle talaga.

Isabel was then sent home, and she continued to eagerly anticipate the arrival of her new baby.

When July 17 came, Isabel felt something different at 3 a.m. She called up John, but told him that she didn't feel any sort of pain yet.

Afterwards, Isabel called up her mother-in-law Alma Prats, who convinced Isabel to go to the hospital.

When Isabel arrived, she was already 6 cm dilated.

"Again, I think it was really God. Nandoon lang siya with my angels, I think."

This may have been Isabel's third time to give birth, but there was one major difference: John wasn't at the delivery room with her.

He watched the whole delivery via video call.

Expectant fathers are no longer allowed inside the delivery room, as part of new hospital protocols during the pandemic.

The experience also made John realize how difficult it was to be separated from family.

John also couldn't believe that Isabel—or Liv, as her family and friends call her—had to manage her pregnancy and delivery on her own. 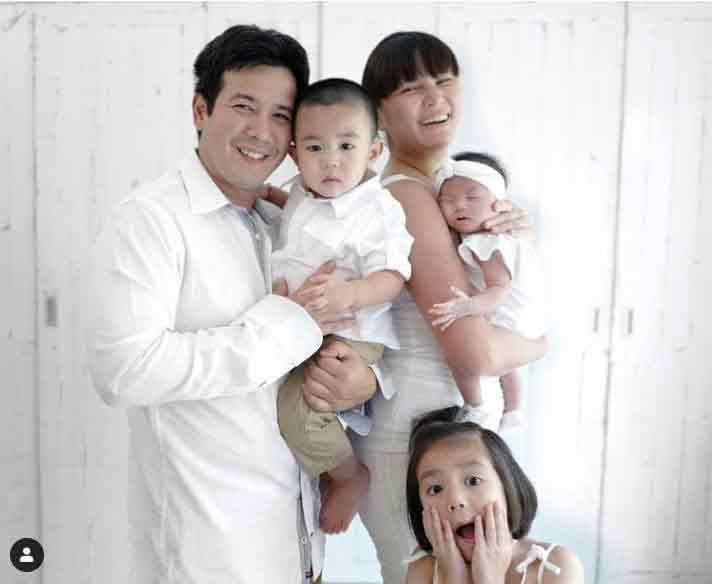