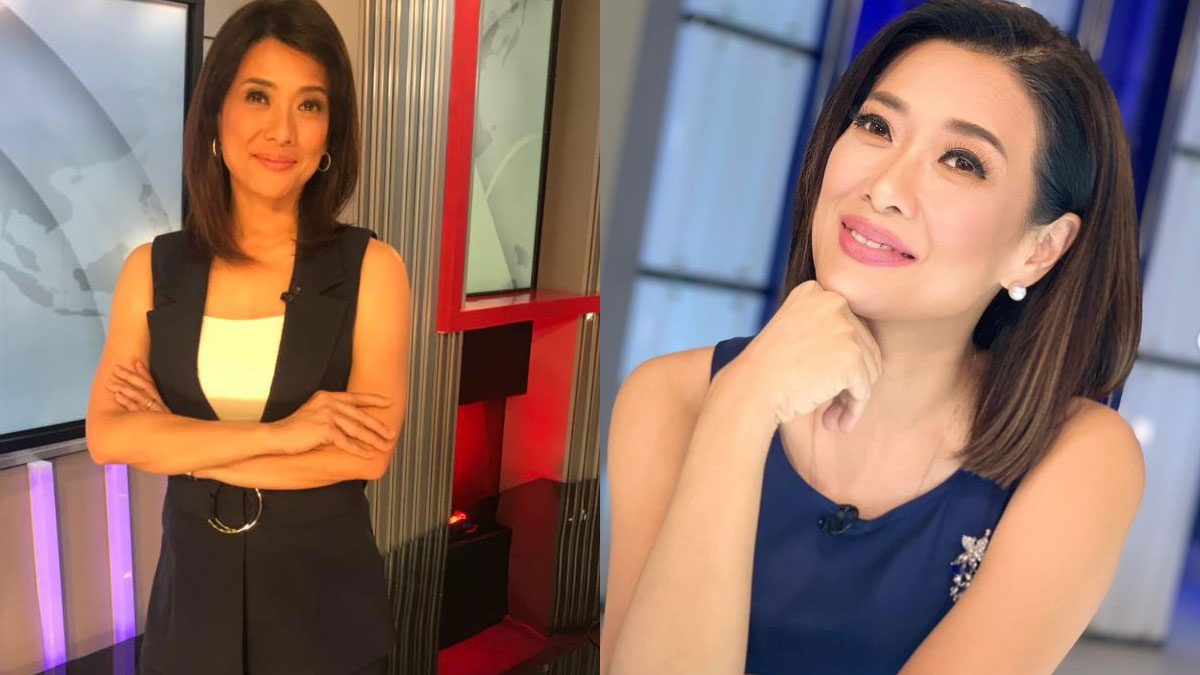 Bernadette Sembrano became emotional when she opened up about her miscarriage in 2019.

In a five-minute vlog which she put out on Facebook last Tuesday, December 8, Bernadette explained why she finally decided to talk about her painful experience.

The newscaster recalled that day on December 8, 2018, when she and husband Emilio Aguinaldo IV learned they were expecting after her implant.

They named her Baby Mary Olivia, and nicknamed her Molly.

Her post (published as is): "BUBOG... lahat tayo may bubog. It took a while before I decided to Post this - I ask myself, 'How much should One reveal?'

"Today is a special day because December 8 (Immaculate Conception) was the day that Molly, our Daughter was officially “implanted” We lost her 9 weeks after.

"We do have a Daughter and she inspired me to Live a life of honoring and remembering.

"To all those who shared their stories, their pains with me and the World through our reports. Thank you. I listened and you changed me. Salamat po. May we continue to inspire each other ..."

In the video, Bernardette showed the ultrasound photo of Molly, which she was bringing with her during her appearance in the ABS-CBN musical variety show ASAP.

She said in her vlog, her eyes welling up with tears, it was her way of paying tribute to her daughter, "Nakakaiyak pala ano... Wow, malalim pala yung bubog.

"Pag napag-usapan nang ganyan, minsan nahuhukay. I wanted to talk about Molly because today is a big day for us. We are going to ASAP to perform."

Continuing in her vlog, Bernadette said the experience broke her heart but it also opened to her a new realization to live life to the fullest.

"When we lost Molly, that's when I learned to honor Molly's life by living a full life and saying yes to a lot of things.

"Why? Ang pinanggagalingan nito, I remember when I was pregnant with her, I had a journal.

"Palibahasa late na ako na-pregnant, I thought I should write her mga habilins in case I don't see her grow up. But anyway, we lost Molly."

She said Baby Molly inspired her to pursue a career in music.

Bernadette co-wrote the lyrics of AEGIS's new song "Ang Sa Iyo Ay Akin," which is the official soundtrack of the current Kapamilya primetime series of the same title.

Bernadette further wrote, "In my heart, I knew that the way that I could honor Molly and remember her is if I lived a life that I wished for her, which is a life saying yes to a lot of things, a life serving and, in my case, music.

"And I guess a lot of the things about my journey sa music began when I started saying yes to a lot of things."

Bernadette also dedicated her latest milestone to her late father Nicanor Tan Sembrano, who died in April 2019, just a few weeks after her miscarriage.

She recalled, "Papa naman was a crucial part because we lost Papa in April of 2019.

"Magkakasunod sila, but I promised Papa that whenever I would sing I would remember him so I take them with me."

Instead of dwelling on sadness, Bernadette chose to turn her biggest heartbreaks into something positive.

Bernadette then thanked her husband Emilio for showing her the way to deal with the pain of loss.

Toward the end of the video, Bernadette hoped that she was able to make her father and her baby girl feel proud of what she has achieved.

"I'm pretty sure my Papa and Molly who are both in heaven and in my heart are both happy and proud because I am with them. Papa, here I am singing."

The 44-year-old Kapamilya news anchor ended her post with a prayer, "My prayer has always Been Lord, Take charge of the desire in my Heart. If you do Not Will Something for us - I surrender my Will.

"GIVE ME THE GIGIL TO DO YOUR WILL."