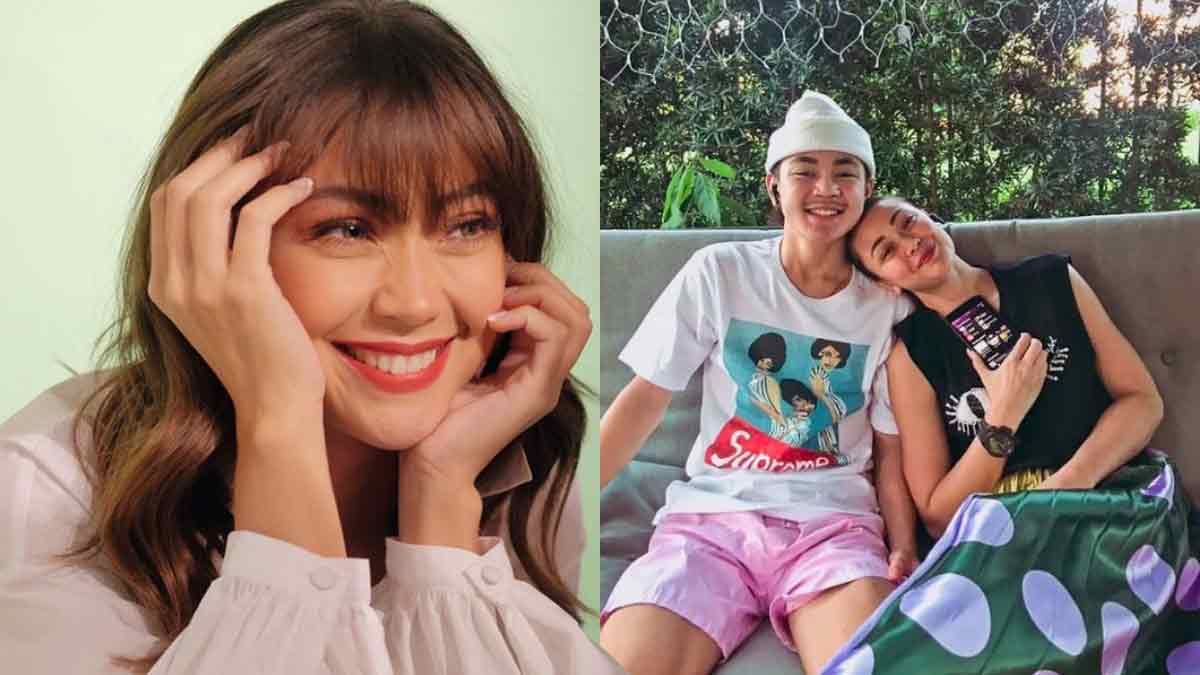 Jodi Sta. Maria is resigned that her 15-year-old son Thirdy Lacson is turning into a man. What she didn't expect to happen is Thirdy having a girlfriend so soon.
PHOTO/S: Cyrus Panganiban / @jodistamaria on Instagram

Jodi Sta. Maria is resigned to the fact that her teenage son Thirdy Lacson has reached the age when he's ready to go on dates or get into a relationship.

In fact, Jodi's latest YouTube vlog revealed that Thirdy already has a girlfriend.

In another vlog entry, Thirdy joined Jodi in answering fan questions while he was doing his mom's makeup.

One of the fans asked how Jodi reacted the first time she met Thirdy's girlfriend.

Jodi hesitated at first and turned to her son for assistance. But Thirdy insisted the question was for her to answer.

"It was just it came as surprise to me dahil hindi ko ine-expect na ito na, agad-agad, now na."

Who is Thirdy Lacson's girlfriend?

When Thirdy joined Twitter in March 2020, he also introduced his girlfriend to his showbiz fans, often tagging her in his tweets and posting photos of her on his feed.

It wasn't clear when they became a couple, but Thirdy's girlfriend was obviously in the picture when he joined Twitter.

Jodi prayed for her son to become the man he was destined to be, especially now that he's forging his own path in life.

She said in a post, "Watching you grow has been the delight of my life (okay fine may halong takot din) I look at you and I couldn't help but get excited about the dreams you will achieve and the mountains you will conquer.

"I know struggles and tears are inevitable..but my prayer is that you will grow into the person you were meant to be. Maligayang Kaarawan, Muy!