Meryll Soriano recounts "risky and difficult" pregnancy; thanks Joem Bascon for being her "dud" 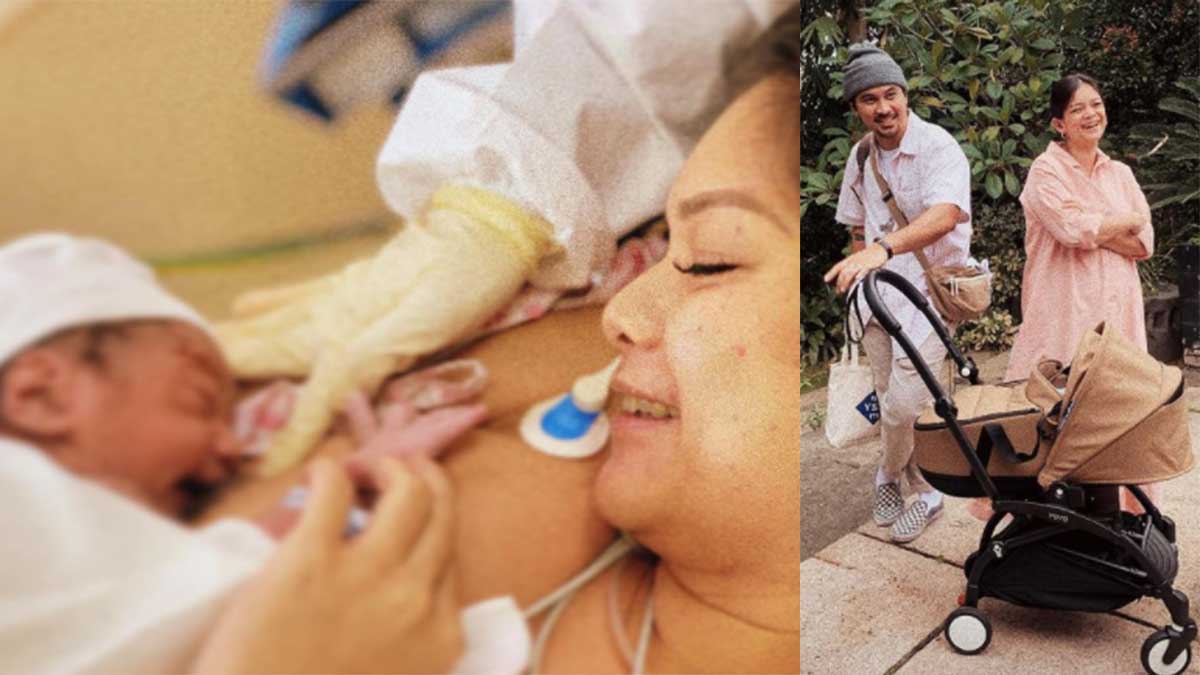 Meryll Soriano thanks Joem Bascon for supporting her during her pregnancy: "I couldn’t have done it without Dud. He helped me stay on track. He stopped buying Cloud 9 and HawHaw. He did pregnant workouts with me."
PHOTO/S: @planetumeboshi on Instagram

In an Instagram post, Meryll revealed giving birth to her baby via normal delivery at Makati Medical Center, and endured 10 hours of labor.

The actress began, “Pushed my heart out. 7lbs. 20 in. 10hrs. of labour. Normal birth delivery. We welcomed our beautiful boy."

In her second trimester, she was diagnosed with Gestational Diabetes (GDM), which, according to her, "meant 4 x a day of glucose tests, 4 x a day of insulin shots and nth goodbyes to donuts, chocolates and cakes until I give birth.”

Meryll had to shift to a healthier lifestyle, exercise regularly, and watch her diet.

The daughter of Willie Revillame continued, "So, I worked out 4-5 x a week, healthy food intake and baby yoga as much as I could. It was hard work and it was difficult and tiring most of the time. But, again, my age is a factor. I did what was needed to be done.

“Voila! I made it. I did it! I am so proud to have a healthy pregnancy and safe delivery."

The mom of two did not forget giving the dad of her son and her “dud,” Joem Bascon, a shout-out for helping her get through the difficult times of her pregnancy.

She also thanked her gynecologist, who was also her doctor when she gave birth to Elijah, her 13-year-old firstborn with ex-husband Bernard Palanca.

Meryll wrote in her post, “But, I couldn’t have done it without Dud. He helped me stay on track. He stopped buying Cloud 9 and HawHaw. He did pregnant workouts with me. And, there are no words to explain the taking-care-of-me part. He’s the best. Thank you so much, Dud.

“Special thanks to my rockstar OB. She has been my doctor since even before I got pregnant with Eli. I can’t thank her enough. Thank you to all the doctors and nurses that took care us while we were in MMC.”

The baby was happily welcomed by their parents and respective families, and he already met Lolo Willie Revillame and Meryll's aunt Maricel Soriano.

Kuya Eli was ecstatic, too. He has been "secretly wishing for a brother since he was 10," said the actress.

Based on her “two-week postpartum” Instagram story on January 3, 2021, Meryll gave birth sometime in December 2020.

On January 1, 2021, Meryll surprised her social-media followers when she introduced her second son.

In the same post, she also confirmed her rekindled romance with Joem.

The two first dated in 2009, broke up trhe following year, and, according to rumors, got back together in January 2019.