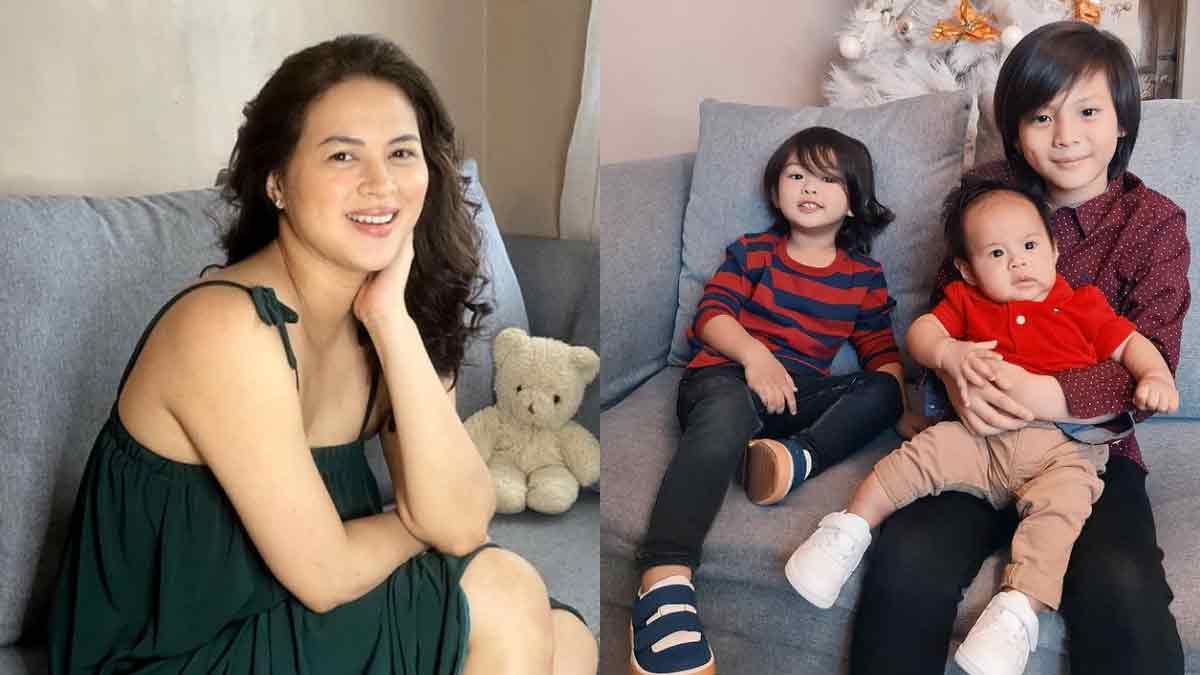 Lara Quigaman pictures her typical day to illustrate why me-time is nearly impossible for a stay-at-home-mom like her who has three boys: Noah is 8, Tobias, 2, and Moses, four months old.
PHOTO/S: @laraquigaman on Instagram
Article Summary

The mother of three wanted to start her day with a hot cup of coffee.

She poured water on the kettle, switched it on, and waited for the water to boil.

As she waited, Lara decided to pick up the toys and shoes she saw lying around the floor.

When she walked back into the kitchen, Lara saw the kettle and remembered she wanted a cup of coffee.

The actress switched the kettle on again, this time preparing the cup and the coffee drip.

But then Lara's youngest son Moses began to cry.

Lara breastfed her Moses, changed him, and placed him back on his bed.

But then again, she saw the used bottles of her second son Tobias and brought them to the sink to wash them.

That was when she remembered her cup of coffee.

Lara switched the kettle on again and stayed put until the water boiled.

She poured herself a cup and sat down with every intention to enjoy her coffee.

Just as she was about to take a sip, her son Tobias called to her.

Lara didn't think twice. She set aside her coffee and attended to Tobias. The actress "washed him and changed him."

Tobias then went to his older brother Noah to play, and Lara took a moment to remember everything she needed to do for the day, including her cup of coffee, which was already lukewarm.

She wrote, "The point of my story is... I can't even remember.

"I just thought, I don't ever want to forget that I forgot to drink my coffee several times today and just to remind myself that I love my kids but it's also okay to want a few moments for myself.

"Good night mamas, tomorrow is another day, another chance to drink our coffee