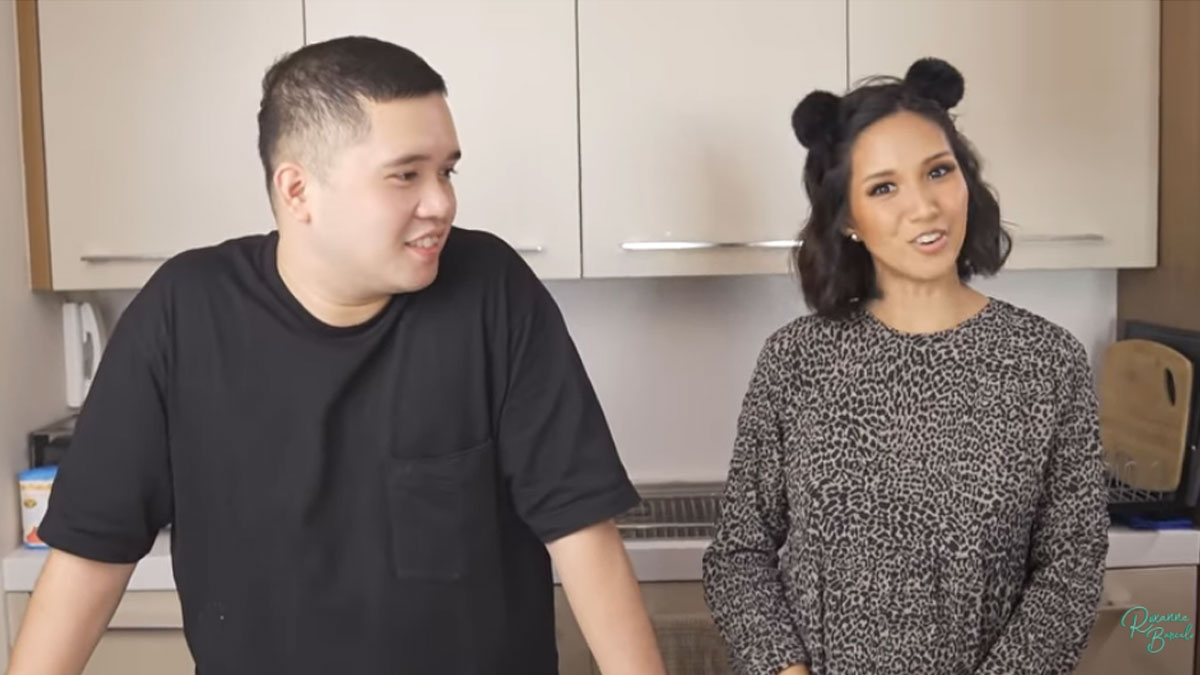 Roxanne Barcelo (right) is with her younger brother Timmy (left) when she announces through a YouTube vlog that she and her non-showbiz husband are expecting their first child.
PHOTO/S: Screengrab from Roxanne Barcelo on YouTube

Exactly two weeks after she confirmed she has gotten married, Roxanne Barcelo revealed in her latest vlog that she and her non-showbiz husband are expecting.

The 36-year-old actress announced the baby news through her YouTube channel on Thursday, January 21, 2020.

In her vlog, Roxanne is seen with trying to bake a brioche bun with her brother Timmy Barcelo.

She added, "Mga Badidap, I wanted to share with you all that I'm preggo."

Badidap is what Roxanne calls her fans and YouTube subscribers.

Roxanne said she did not expect to get pregnant this early as her doctor had told her might take a while.

The actress said, "So ang iniisip namin ng husband ko that it would take us a year kasi yun yung sabi ng OB-Gyne. Yun, so it didn't take that long."

She later added, referring to her husband whose identity she has yet to reveal, "When he said I want to start a family with you, I thought it was the most beautiful plan to have in my life."

Roxanne ended her 14-minute vlog thanking her fans for their greetings and well-wishes.

She said, "I really wanna thank all the Badidaps out there who have been praying for me and who have really been there for me.

"You know who you are and I appreciate all the blessings that you have been wishing for me.

"Even though I've been a little bit quiet for the past few months, know that you're always in my mind and always in my heart."

Roxanne promised that she will do the best that she can to continued updating her fans.

"And we are very excited to have this baby."

Roxanne got engaged and married in 2020.

The actress, however, kept the identity of her husband private. It was in March 2020 when she first revealed that she was dating a non-showbiz guy.