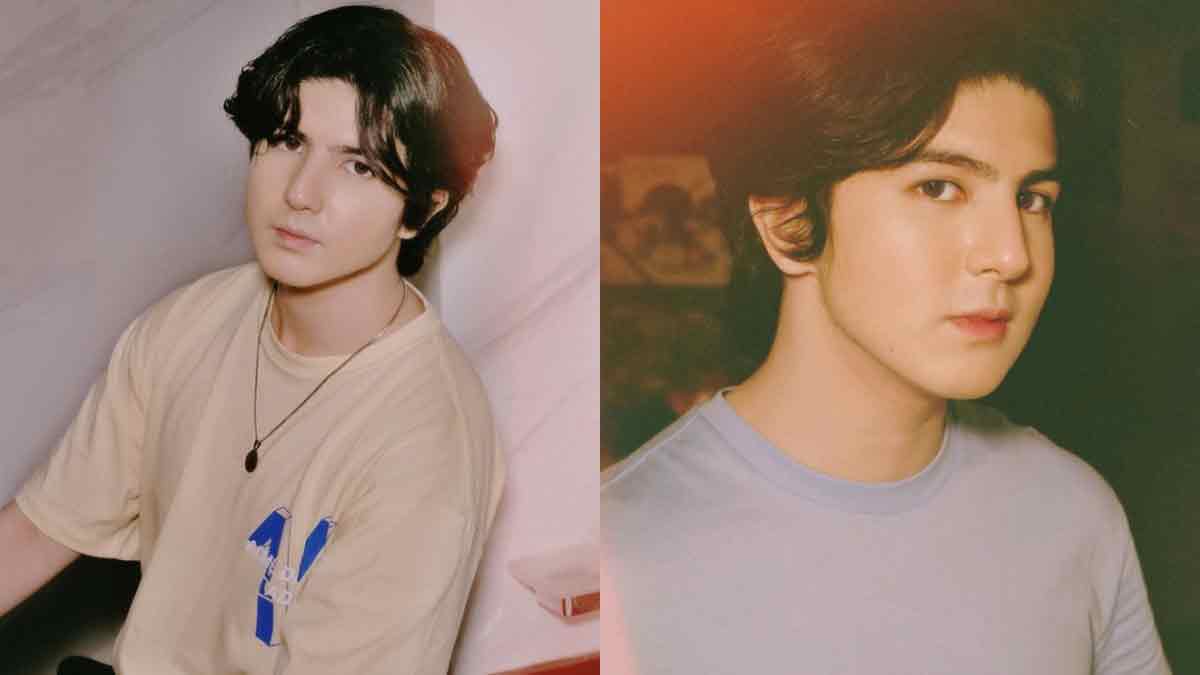 Mavy Legaspi prefers to get to know a girl first as a friend; defines "ligaw" as "getting to know someone" and not necessarily "courting someone" to be his girlfriend.
PHOTO/S: @mavylegaspi on Instagram

Carmina Villarroel returns to her YouTube channel with a new vlog featuring her son Mavy Legaspi.

The mother-and-son pair do a make-up challenge where Mavy does his best to give his mother a makeover.

At the same time, Carmina gives Mavy his own challenge. Listing down names of young actresses and singers, and she asks Mavy which of them he would choose as a girlfriend and which ones he would only keep as a friend.

As Carmina figures out Mavy's type of girl, the celebrity mom gets curious. She asks her son: "Kunwari may nililigawan ka na, do you tell us?"

Mavy admits that if it's still in the ligaw stage, he won't tell his parents yet about the girl. He says, "You can make ligaw, but you won't be interested, e."

Carmina gets confused, and Mavy goes on to explain his definition of "ligaw."

He continues, "Let's say you like this beautiful girl. This good-looking someone. So liligawan mo—liligawan, meaning, you get to know the girl or person, right? So, no, I won't say na nililigawan ko siya.

For him, being "interested" in someone is much more serious than "getting to know" the person.

And "ligaw" refers to "getting to know" someone.

But for Mavy, this "someone" doesn't mean a "special someone" yet.

"Kasi when you're interested, that's when you make the move na [to get romantic]. Kasi kung liligawan… parang more of getting to know iyan, e. It comes in different ways kasi you can make ligaw your friend, you can make ligaw a stranger.

MAVY LEGASPI ON HIS IDEAL GIRL

What type of girl does Mavy consider his ideal girlfriend?

Mavy tells his mother that he likes someone who is "true to herself, that's number one."

Mavy can tell when a girl is just pretending for the sake of getting his attention.

"You'll know. Like for example, you're talking about this topic with a girl. Let's say, let's talk about blue shirts. Let's say I keep mentioning na parang, 'Ah, I really love blue shirts. I have this collection in my closet na puro blue shirts.'

"Then the girl would go, parang, 'Oh yeah. I once had like this blue shirt that was really nice.'

"So, you can tell na parang she doesn't like blue shirts, but she's just trying to get your attention na, 'Oh, maybe she likes blue din.'

"But I'd rather that the person would say, 'Ah, blue is not really my type. But that's a nice collection.' Parang ganun… You'll know if she’s being true to herself or not. That's number one."

He then gives two other things he must be able to feel for his ideal girl.