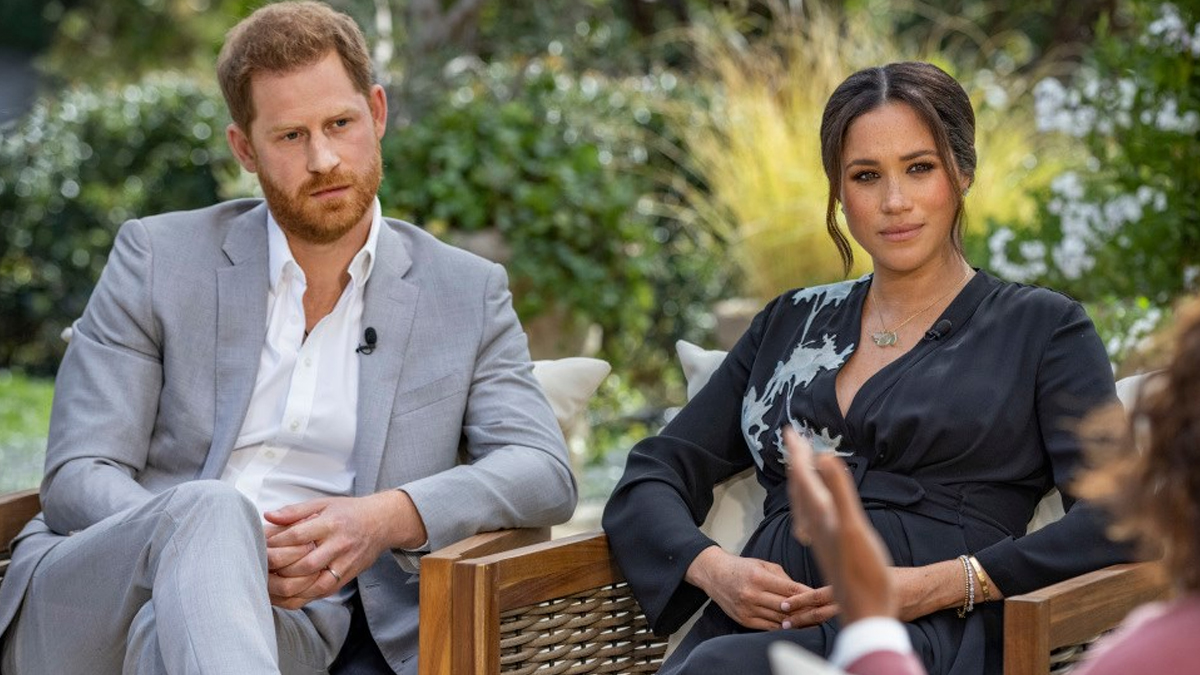 Prince Harry on wife Meghan Markle's second pregnancy: "To have a boy and then a girl, what more could you ask for? Now we’ve got our family, the four of us and our two dogs. It’s great."
PHOTO/S: Courtesy of CBS on Facebook / HARPO PRODUCTIONS / JOE PUGLIESE

The Duke and Duchess of Sussex revealed in the interview their struggles and challenges that led to their decision in January 2020 to resign from their roles as 'senior' members of the Royal Family.

They dropped many truth bombs, mostly by Meghan, and, on a lighter note, announced the gender of their second baby.

According to the couple, their baby is due sometime between June and August, which is summer in the U.S.

"Two it is," Prince Harry added, implying that they won't be having any more children.

Asked about his reaction upon learning the gender of their baby, Prince Harry said, "Amazing. Just grateful.

"To have any child, any one or two, would be amazing. But to have a boy and then a girl, what more could you ask for?

"Now we’ve got our family, the four of us and our two dogs. It’s great."

Prince Harry and Meghan first shared the news about having a second baby on Valentine's Day, February 14, 2021.

Meghan also recalled during the interview the struggles she faced during her first pregnancy that took a toll on her mental health.

The former actress gave birth to her firstborn, Archie Harrison, in May 2019.

She told Oprah, "I just didn't want to be alive anymore. And that was a very clear and real and frightening constant thought. And I remember—I remember how he just cradled me."

Meghan recalled asking the advice of a senior royal about seeking medical help for her state of mind, but was rebuffed because it "wouldn't be good for the institution."

Meghan, who is of African descent, revealed that during her pregnancy with Archie, there were whispers among members of the royal family, which she referred to as "the firm," about the color of his skin and the possibility of losing his title and security.

The former Suits star said, "In those months when I was pregnant, all around this same time, so we have in tandem the conversation of, ‘you won’t be given security, not gonna be given a title’ and also concerns and conversations about how dark his skin might be when he’s born."

Meghan clarified she only came to know about the "conversation" from her husband.

She did not identify the royals who made the disparaging comments since "it would be very damaging to them."

Meghan continued, "They didn’t want him to be a prince or princess, not knowing what the gender would be, which would be different from protocol and that he wasn’t going to receive security.

"The idea of the first member of color in this family not being titled in the same way that other grandchildren would be… it’s not their right to take it away.

"They said they wanted to change that convention for Archie—well, why?"

Harry said their mental well-being played a key role in their decision to step down from their roles in the royal family.

He stated, "It’s really sad that it’s gotten to this point, but I’ve got to do something for my own mental health, my wife’s, and for Archie’s, as well, because I could see where this was headed."