John Lloyd Cruz on fatherhood: "I thought I was ready." 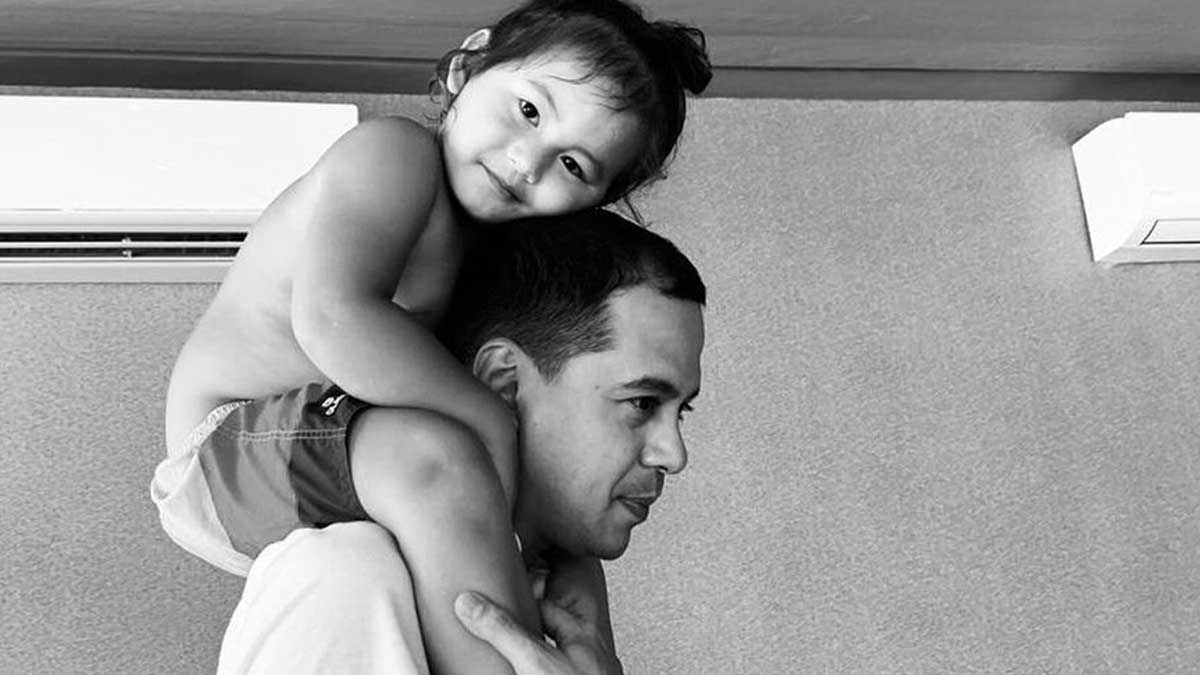 Father and son, John Lloyd Cruz and three-year-old Elias. The actor opens up In his interview on "The Karen Davila Podcast" about how fatherhood has changed his life in ways he never imagined.
PHOTO/S: @johnlloydcruz83 on Instagram

Was John Lloyd Cruz ever ready to become a father?

His short and honest answer: "Hindi!"

The question was asked by broadcast journalist Karen Davila in her interview with the actor during the pilot episode of The Karen Davila Podcast on Spotify last Thursday, July 24, 2021.

John Lloyd said he has always wanted to have a child of his own, but now that he has Elias, his three-year-old son with former girlfriend Ellen Adarna, it has only made him realize how unprepared he is for fatherhood.

He explained, "Tingin ko, isang bagay siya na akala mo ready ka because you wanted it. Wow! You're so dumb!

"In reality, especially ngayon after tatlong taon, iba, e. And it won't be as humbling kung talagang naplano mo.

"Paano mo naplano yung ganoong bagay kasi it's beyond words describing how to... being a father, especially nung lumabas siya.

"Buhay yung lumabas because of your responsibility."

John Lloyd clarified fatherhood does not faze him, but admitted being overwhelmed by the nittty-gritty of parenting.

The 38-year-old celebrity dad told Karen, "Hindi, I didn't get scared at all. I was scared to admit na parang, 'Uy!' Medyo... It's a little bit too much than what I expected, pero yun yata yun, e. I think that's the whole essence of it."

All his hesitation, however, is upended by the exhilaration of having Elias in his life.

The actor grew up in a strict household and it has served him well as an adult.

But as a parent, John Lloyd is breaking away from all that, vowing firm guidance without being imposing.

He said, "As a father, ako, simple lang, I guess. I want to lead without imposing.

"Dito lang ako on the side. I'm not gonna dictate on you.

"If anything, yun yung gusto kong ma-hone niya, e, na I want him to think for himself."

Most of all, John Lloyd wants his son to always remember that the day he was born was a beautiful day like no other for his father.

"Parang we tend to forget yung mga early days natin on this earth na parang you were such a blessing. Di ba? Somehow, it fades away, e."

Answering Karen's question how actively involved he is as a parent to Elias, John Lloyd said, "Not as much as I want to.

"I am sharing him with the mother and, siyempre, mas nag-i-spend time yung dalawa."

In April 2021, Ellen did attest to John Lloyd's efforts as dad to their son.

It was Ellen's reply to one of her Instagram followers who asked if Elias gets to spend some time with John Lloyd.

"Si John Lloyd, present father. He wants to be present. He needs his father, as much as he needs me."

Before Ellen returned to Metro Manila indefinitely, she and Elias were based in Cebu. They are currently staying at their home in Muntinlupa City.

John Lloyd and Ellen separated in mid-2019, and have been co-parenting Elias since then.

In June 2021, he brought Elias to a short vacation in Boracay in celebration of Father's Day and their respective birthdays.