by Allison Estrella
4 days ago 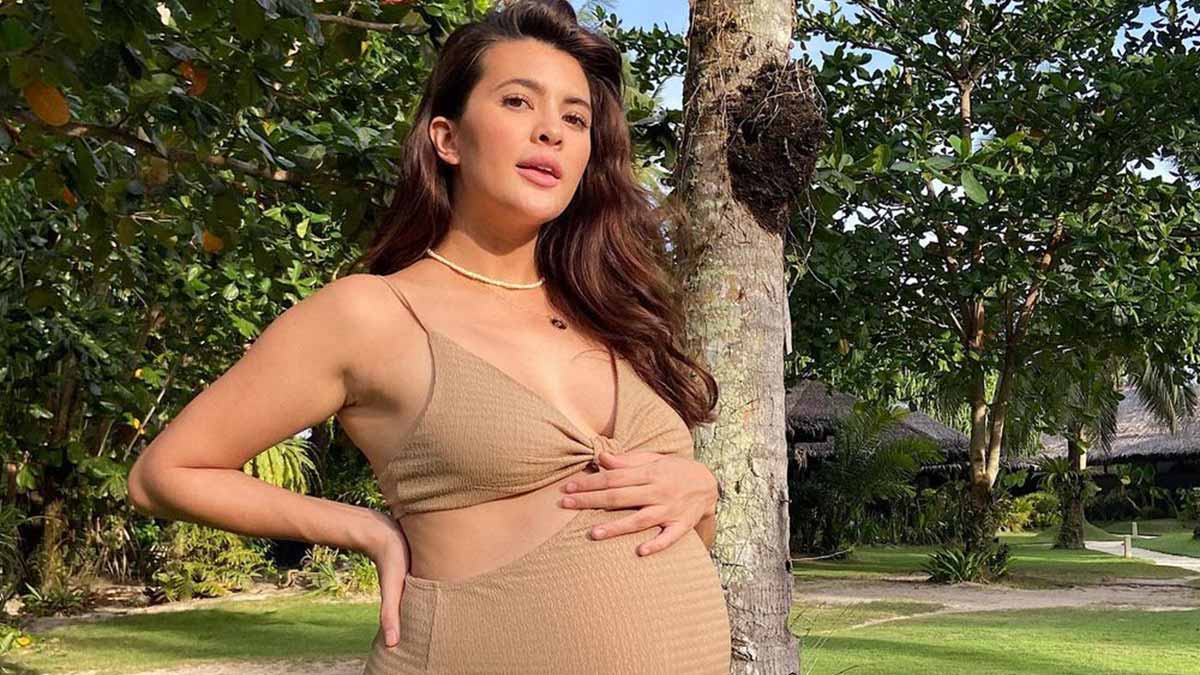 Miss World Philippines 2018 Katarina Rodriguez opens up about the challenges she encountered during the first trimester of her pregnancy.
PHOTO/S: @katarinarodri on Instagram

Miss World Philippines 2018 Katarina Rodriguez is due to give birth to her first child with partner Niño Barbers in a few weeks.

In a YouTube vlog dated Tuesday, October 12, 2021, Katarina looked back on the challenges—physical, hormonal, mental, and spiritual—that she encountered during the first three months of her pregnancy.

She said, "The whole glow-up didn’t happen to me in my first trimester."

Katarina narrated going about her usual routines in the first month, not knowing she was pregnant at all.

Then she started having odd sensations that put her in bed most of the time from Christmas 2020 until the New Year.

When she suddenly lost her sense of taste, Katarina feared she contracted COVID.

When her pregnancy was confirmed, she learned that loss of taste was also a side effect of her condition.

Katarina had other weird symptoms in those first three months of her pregnancy, like, seeig people’s aura and feeling the energy of a place.

"Intuition becomes stronger, and how they read energy, and vibes just increases."

BINGING ON MUNCHIES AND HATING GOOD EATS SHE LOVES

Within the first trimester, Katarina gained 15 pounds in 4 weeks, reasoning, "Kasi nabigla yung katawan ko with all of the carbs I was eating."

She admitted binging on pasta, pizza, fries, and potato chips for a whole month.

Katarina also recalled craving food she didn’t even like, and being informed by her obstetrician that the food pregnant women crave contain the nutrients their body needs.

Throughout her pregnancy, she couldn’t eat or even bear to look at the food she has always loved.

One good thing about her pregnancy, she didn't have morning sickness.

She said, "I never got morning sickness. I read that if you do feel nauseous in the mornings or at all through the day, eat something right away to make the feeling digress."

Katrina added that her "pregnancy glow" came in later in her pregnancy.

Pregnant women often have this tell-tale flushed look because of the increased amounts of hormones—such as include estrogen, progesterone, and human chorionic gonadotropin—that are released during pregnancy.

About her maternity OOTD, Katrina said, "I didn’t care about color coordination at all.

"Beauty queen me, fashionista Katarina when she looks back, she’s going to be like, 'Whoa,' at all of her outfits.'"

Katarina left a tip, saying: Buy maternity clothes and maternity panties ahead so you have comfy clothes throughout your pregnancy. And size up!

Katarina had a hard time recalling the third month of her pregnancy, saying it was kind of a blur.

She did, however, remember binge-watching the American series Dawson’s Creek.

Katarina also shared that she would get pre-natal massages once a week, how her nails have grown fast and her skin, lighter.

She also had this theory that her baby is going to be either super fair or moreno.

She went on to say that her plan for the 1st trimester is to “relax and enjoy everything, eat whatever I want, and sleep however long I want.”

Katarina has slowly gone back to working out and eating healthy foods.

The beauty queen and soon-to-be mama plans on home birth in Davao City because of COVID-19.

The 29-year-old beauty queen also mentioned in her vlog that she and Niño have been living together for two years. The couple is currently based in Siargao.