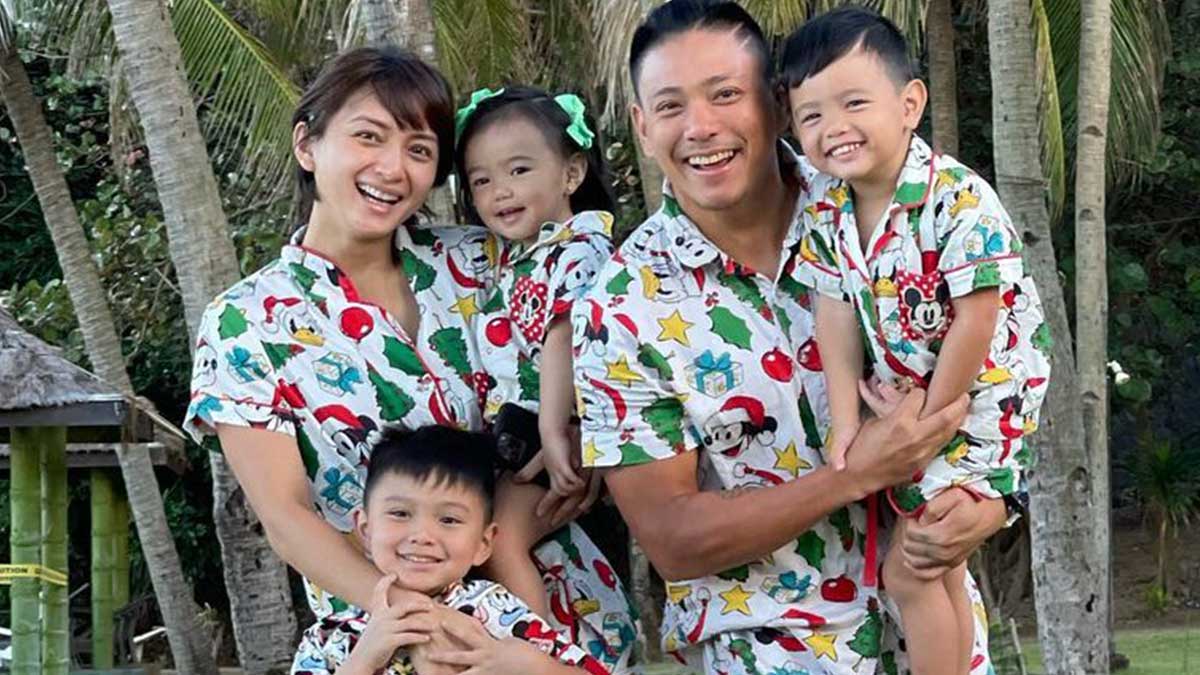 GMA-7 host Iya Villania announces on January 3, 2022, that she and her husband Drew Arellano are expecting their fourth child. The couple already has three children: Alana Lauren, 1; Alonzo Leon, 3; and Antonio Primo, 5.
PHOTO/S: @iyavillania on Instagram

On Monday, January 3, 2022, GMA-7 host Iya Villania revealed on Mars Pa More that she and her husband Drew Arellano are expecting their fourth child.

Iya made the announcement while playing in the show's "Tarantanong" segment with her co-hosts Camille Prats, Kim Atienza, and their celebrity guests Jen Rosendahl and Janna Dominguez.

It began with Camille asking Iya if her one-year-old daughter Alana Lauren will soon become an ate.

Iya, who gave birth to their Alana on July 18, 2020, confirmed her pregnancy and revealed that she's due to give birth in June 2022.

She said, "Yes, mars! Magiging ate na si Alana. I'm so excited! Thanks, everybody! I've been really lucky to have it easy again. At least, nakakapag-work ako.

"So yes, we are expecting. Parating na siya. Coming soon in June!"

In his caption, the couple's ninong wrote, "CONGRATS to my inaanaks @iyavillania and @drewarellano on baby no 4! You two are blessed!"

IYA AS A MOTHER

Meanwhile, Iya said she does not let bashing on social media affect her parenting style.

During the show's "Grab A Word" segment, the hosts and the guests had to fill in the blanks and complete this sentence:

Aside from Alana, Iya and Drew are also parents to two amazing boys: Antonio Primo, 5, and Alonzo Leon, 3.

Iya and Drew will be celebrating their 8th wedding anniversary this February 2022.