Jennylyn Mercado is a goddess in latest maternity shoot 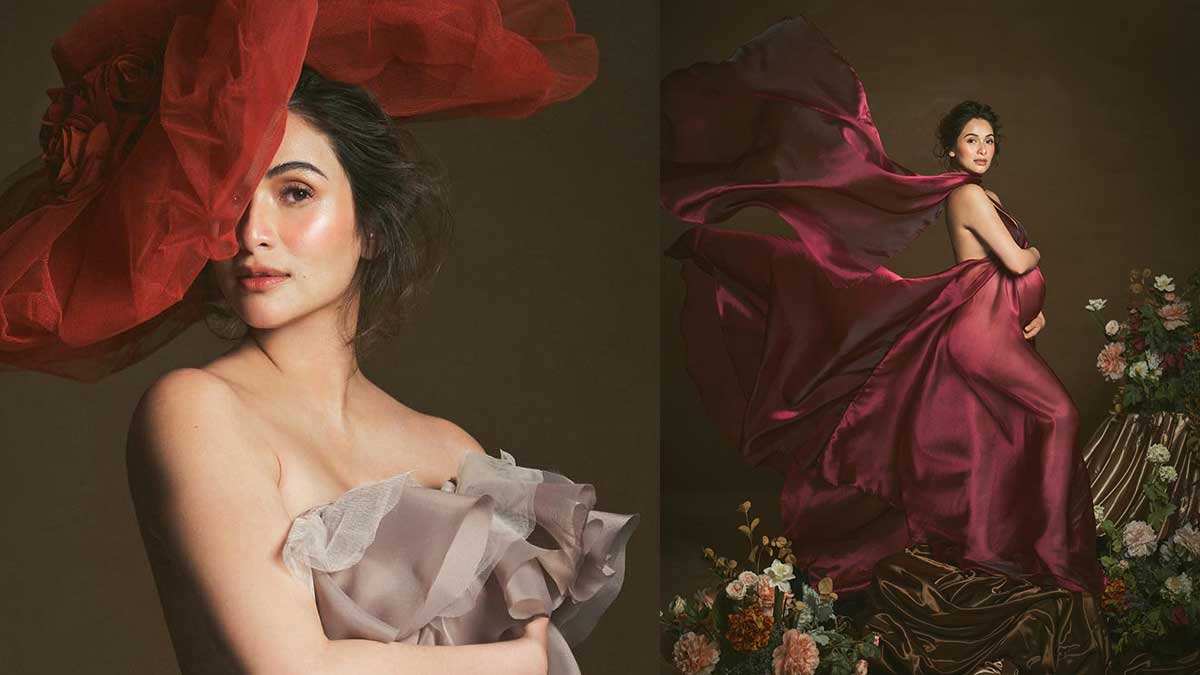 Jennylyn Mercado looks like a goddess as she bares her baby bump in her romantic art-inspired shoot with celebrity photographer BJ Pascual.

The 34-year-old Kapuso actress, who is now in her 34th week of pregnancy, shared some of the photos from her shoot on Wednesday, April 6, 2022.

In a vlog on YouTube on Saturday, April 9, 2022, BJ shared his inspiration behind Jennylyn's maternity shoot.

The 34-year-old photographer said he really wanted to make Jennylyn's maternity shoot look like a painting.

The muted jewel tones were inspired by the artworks of French neoclassical painter Jean-Auguste-Dominique Ingres. Meanwhile, the floral elements were referenced from the masterpieces of Dutch Golden Age painter Simon Pietersz Verelst.

"And today's shoot is kind of like a mishmash of different ideas because initially, I just wanted a lot of volume and romanticism, ganyan.

In a short interview after the shoot, Jennylyn admitted that she felt a little pressured after being told about the concept of the shoot. But overall, she was able to nail the pictorial one layout after another.

For the project, BJ collaborated with production designer Justine Arcega Bumanlag who made a 16-feet set design just for Jennylyn's maternity shoot.

Jennylyn was also styled by her friend AJ Alberto for the shoot. Some of the clothes she wore were custom-made pieces by fashion designer Manny Halasan and Job Dacon.

Jennylyn also shared an update on her pregnancy with BJ.

The Kapuso actress revealed that her pregnancy now is a lot more challenging compared to her first experience when she was pregnant with her son Alex Jazz in 2008.

In October 2021, Jennylyn and Dennis Trillo announced that they are having a baby.

The couple tied the knot at TGIS Studio in Quezon City on November 15, 2021. It was also the same day they announced that they are having a baby girl.