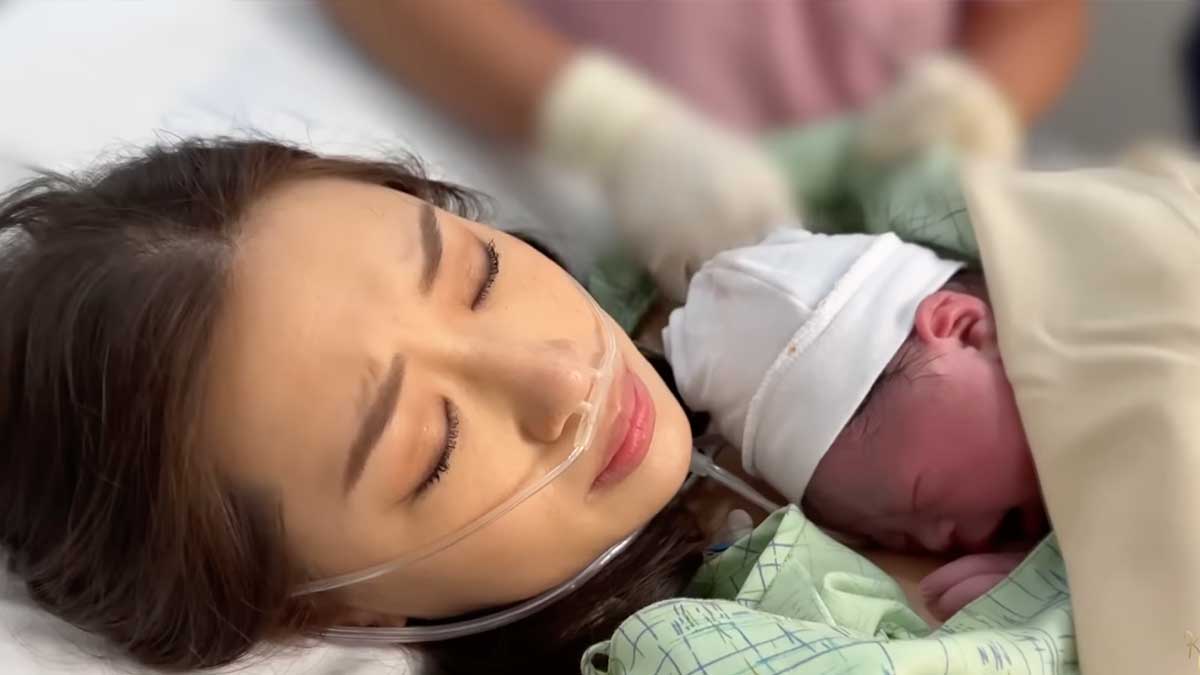 On Wednesday, May 25, 2022, Kryz Uy and husband Slater Young took to social media to reveal that they have already welcomed their second son.
PHOTO/S: Kryz Uy on YouTube

Kryz Uy and Slater Young have welcomed another baby boy.

On Wednesday, May 25, 2022, the #Skyfam couple took to social media to announce that Kryz has already given birth to their second son.

In an Instagram post, Kryz wrote (published as is), "Our lucky little boy is here finally here [cloud emoji]."

They also uploaded a YouTube vlog on the same day.

In the YouTube vlog, the couple documented their birthing experience and revealed that Kryz gave birth on Saturday, May 21, 2022.

Kryz, a content creator, said she started having contractions at around 1 a.m. She initially hesitated to go to the hospital because she thought she was experiencing "false" contractions.

By 4 a.m., Kryz woke her husband up after feeling strong and regular contractions.

Eventually, they decided to go to the hospital.

Kryz revealed that compared to her experience in delivering their first son Scottie, she was in less pain this time around.

Kryz, however, experienced several complications during her child's delivery.

Her contractions weren't progressing, which meant she needed more oxytocin for her to fully dilate. Oxytocin is a hormone that helps relax the uterine muscle and causes the cervix to dilate.

Kryz's doctor, who wasn't there at that time, gave instructions to wait for her arrival before giving Kryz the oxytocin.

When Kryz's doctor arrived at around 1 p.m., they began to deliver the baby.

Everything was going smoothly until Kryz's doctor realized that the baby's umbilical cord was entangled around his neck.

"The baby almost, like, didn't make it. [He] choked. And then, basta it's just one unfortunate event.

"Doc was saying, 'I'm so sorry, God because I kept cursing and saying why this is happening?'

Looking back, it seemed like the complications --from Kryz's contractions to their doctor's delayed arrival-- happened to ensure that the baby was delivered safely.

"Kasi parang it would have contracted earlier, some medical stuff. It was a good thing na na-delay siya and na-late siya, and natural lahat."

He added, "All in all, everything worked out for the best, and ang daming instances that it could've turned for the worse talaga. So we're very, very lucky."

Kryz first revealed that she was pregnant last November 25, 2021.

They have yet to reveal the name of their second son.