Filipino celebrities who have opened up about raising special children 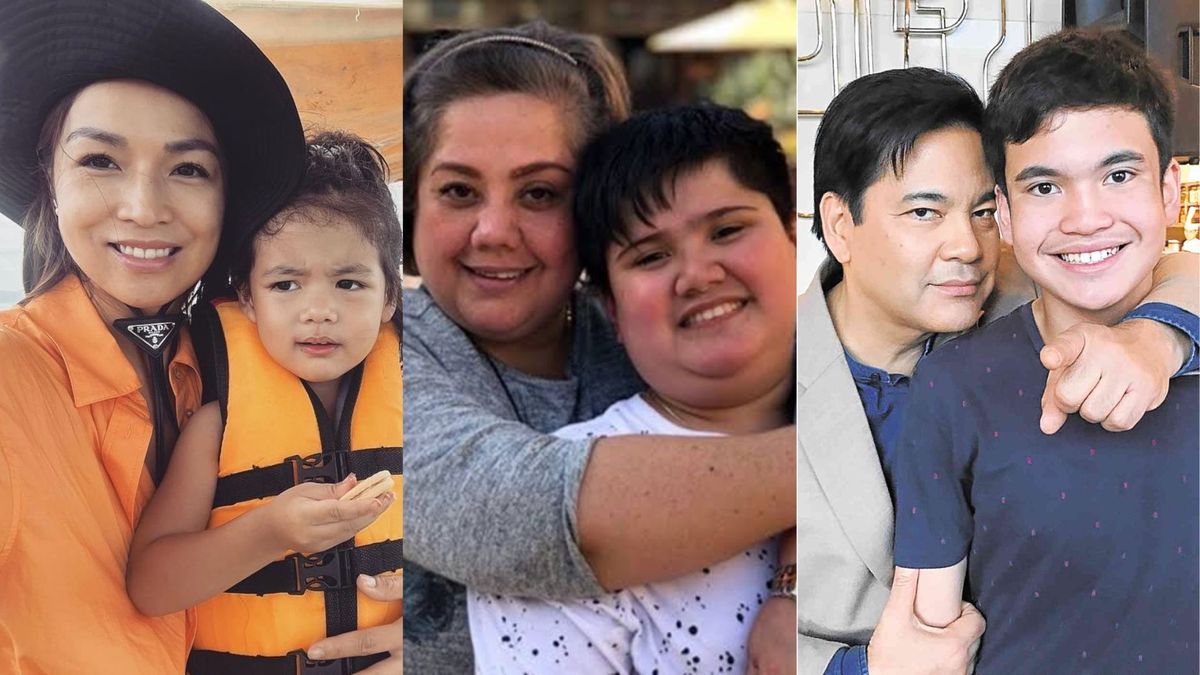 "People will never truly understand something until it happens to them" is only a poster quote.

But it is all too real to shocked parents whose children are confirmed to be different.

But with grace and acceptance, like the eight celebrity parents cited below, families are finding amazing strenghts to surmount the challenges of raising children with special needs.

In September 2021, during her appearance in Pia Arcangel's show Tunay Na Buhay, Ruby gave an update on the health conditions of her son AJ.

The former Eat Bulaga! co-host revealed it was her son's special needs that made her decide to move to the States.

When a netizen called AJ "abnormal" in a comment on Ruby's Instagram post, she was quick to reprimand the offender: "Excuse me? What u mean abnormal??? If u mean if he is a special child Im proud to say Yes he is. He has ADHD and Dyslexia."

In a forum in 2016, Kris gave an inspirational talk about rising above harsh judgments.

"As far as the family is concerned, it’s tough. The judgment is tough. Lalo na sa amin sa pulitika. I mean, those memes? They hurt.

"But the thing is, my sister told me this—this is Viel, my sister—sabi niya, 'Haven’t you realized that every time someone attacks Josh, you get so many blessings because that is an innocent child?' So God levels the playing field."

"Sa amin kasi, I know what it costs. Josh has a team of seven specialists working with him. Those bills? They stack up. But you've got to do what you have to do...

When their worst fears about their daughter Rocket were confirmed by their doctor, Aubrey and Troy's immediate reaction was to blame themselves.

The couple recounted that fateful moment in the July 10 episode of vlog channel Toni Talks,

Troy said, "Parang we got punched kasi it’s official na nga. Although may feeling na there was really something.

On April 12, 2022, Candy marked the International Autism Month with a message on Instagram expressing frustration but resolving firmly to understand better her son's mind and emotions.

She wrote, “There are good days, there are tantrums/meltdown days. Children with adhd/autism oftentimes cannot understand how and why they are feeling such. Parents understanding and tolerance is needed. You can cry but you are not allowed to shout and give up.

“I too admittedly sometimes do not know what to do anymore. I close my eyes and take a few breaths. I remind myself that there are better days ahead. I think of ways on how I can help/better understand his ongoing emotion."

During Melanie's talk with Pia Guanio in a 2007 episode for the defunct Kapuso talk show Showbiz Central, Melanie recalled how she found out about his sons' mental-development problems.

"Siya [Melanie's partner and Adam's father, Adam Lawyer] actually ang naka-recognize noon when he [Adam] was six months old. Ang tendency kasi ng baby, when you talk to them, they look at you straight in the eyes. This time, my son was mailap.

While seeking professional help to address her son's condition, Anne was told by Joo's pediatrician that he also suffered from social anxiety disorder.

Anne expressed she was a bit bewildered by the pedia's new update since she recalled Joo as an outgoing kid who would even stand in front of people at events. She felt that it was the pandemic that might've triggered Joo's social anxiety at some point.

In a recent interview with PEP.ph (Phiippine Entertainment Portal), balladeer Martin Nievera opened up about how his son Santino, who has special needs, has made him a better person.

"I don’t know if you have family and friends who have special kids. You’ve seen that and we are all thinking to ourselves, 'Oh, that was my kid out there.'

“Di ba you’re already thinking? O, now, I have one, so this is a life challenge.

“This is why I’m always in the States doing gigs—big or small shows—picking up whatever I can because it’s not a cheap thing to raise a special child.

"Plus, his mother and I are not together anymore. So, there’s that too—broken family, special child.

"So, my priority since the last time we spoke, I’ve changed a lot,"

The broadcaster's life as David's mother is a story of faith.

In 2020, David had a full-blown seizure, which could have been triggered by some brain abnormalities associated with autism.

Karen wrote in an Instagram post after the ordeal, "all I did was shout the name of our Lord Jesus Christ non-stop, asking HIM to heal & save David.”