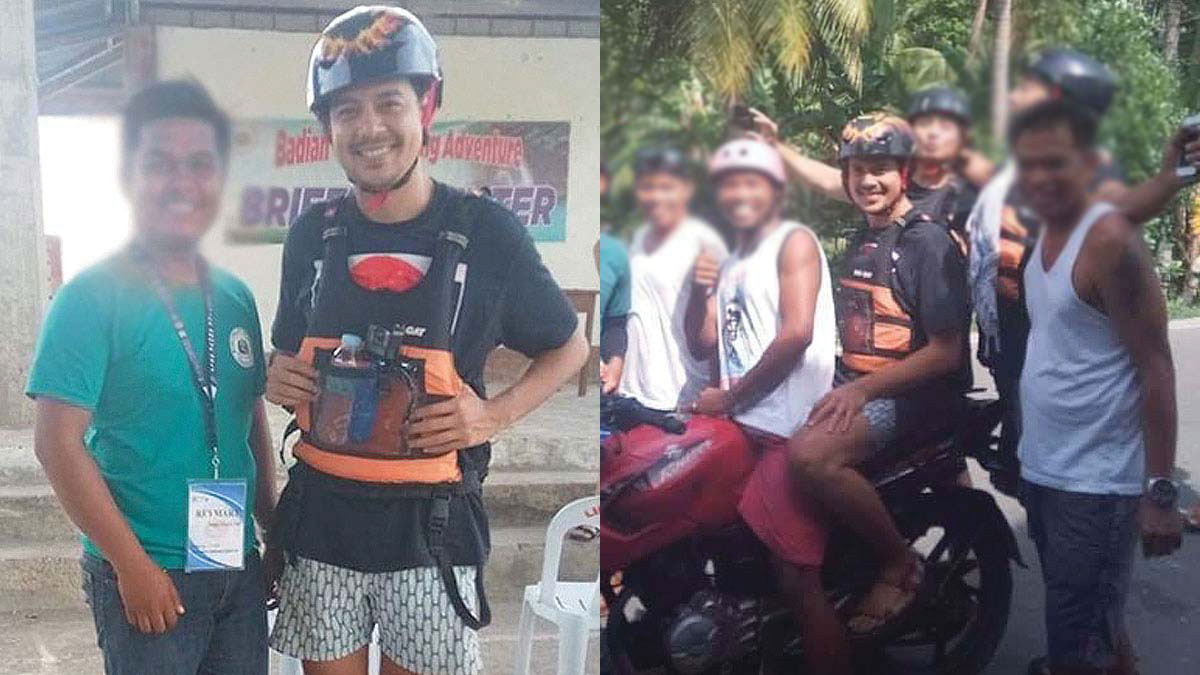 Actor John Lloyd Cruz enjoying the simple life. Recent photos of the actor showed him visiting islands in the Queen City of the South, Cebu.
PHOTO/S: Photos from Facebook / SBCAS

Ever since John Lloyd Cruz took an indefinite leave from showbiz in 2017, he has been spending a lot of time in Cebu, the hometown of his girlfriend, Ellen Adarna.

The recent sighting of the 36-year-old actor was on the islands of Badian and Moalboal.

Based on the photos that circulated on Facebook, he already trimmed his long beard and hair, and had fun posing for the camera with the locals.

On September 1, Sunday, a netizen with an I.D. name @kielle19 posted his photo with John Lloyd on Instagram.

In his exchange with PEP.ph (Philippine Entertainment Portal) via Instagram Direct, the netizen said that the picture was taken only this weekend.

“Yes it was.. just yesterday. He was staying at the same hostel as where I am staying in Cebu.. he is with his cousin touring Cebu.”

Other photos showed John Lloyd canyoneering. He was wearing safety gear over his black T-shirt, white shorts, and brown sandals.

He also went around the island in a motorcycle.

Here's a photo of the former Kapamilya actor swarmed by the locals at a wet market in Moalboal where he bought fish.

Though he was wearing a pair of shades and a white cloth wrapped around his forehead, the residents still recognized him. 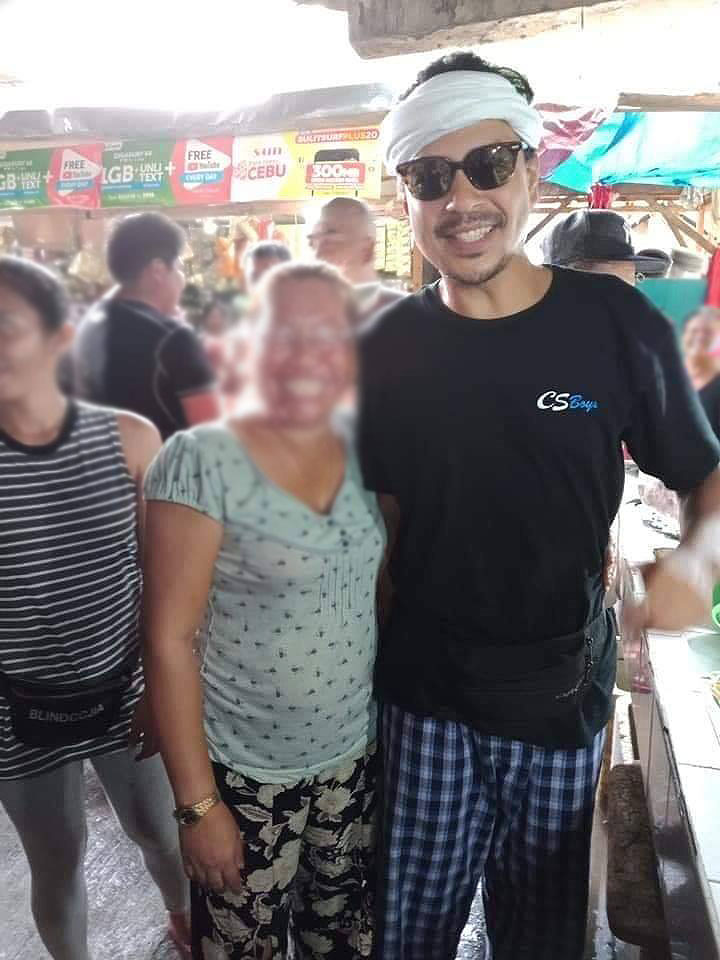 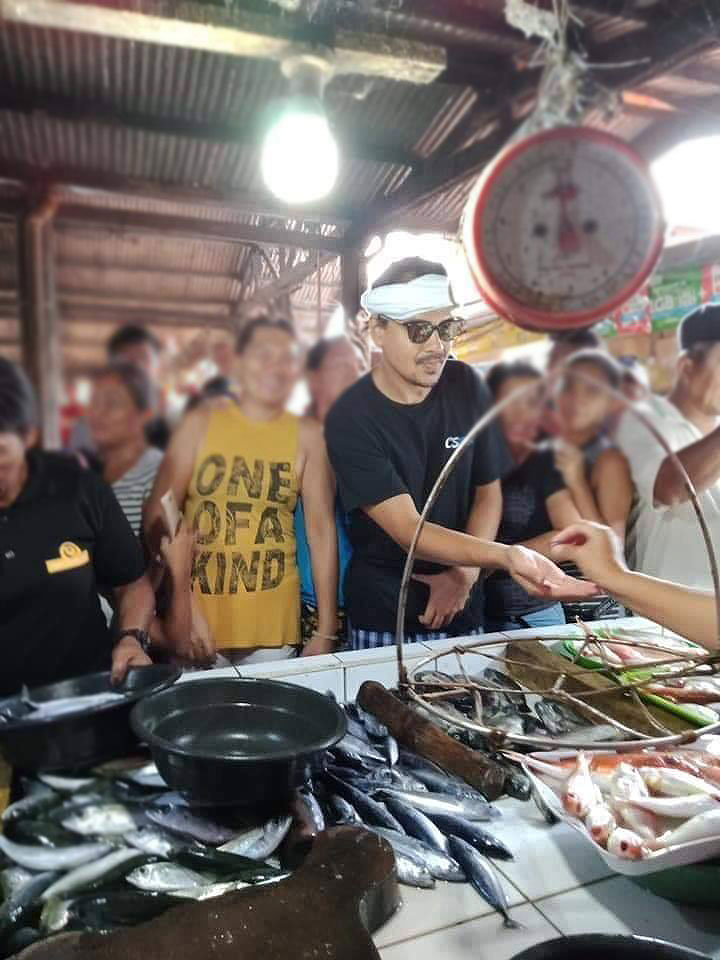 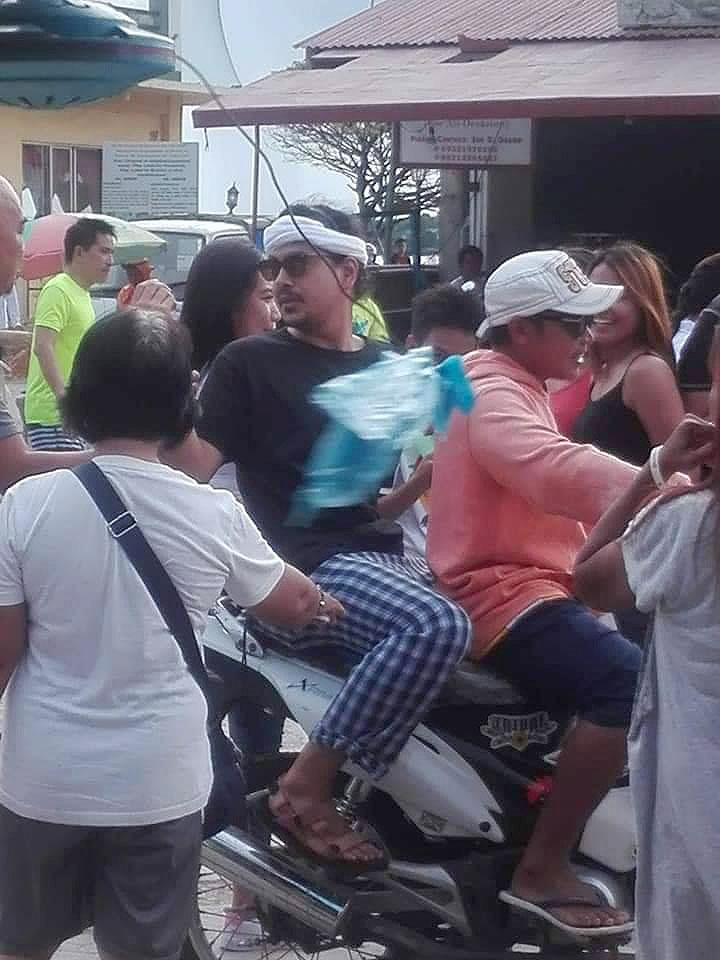 The islands of Moalboal and Badian are located in the southern area of Cebu.

These places cater to adventure seekers, and offer activities such as island hopping and canyoneering.

Tourists can also leap into a lagoon, as well as dive and swim with fish and turtles.