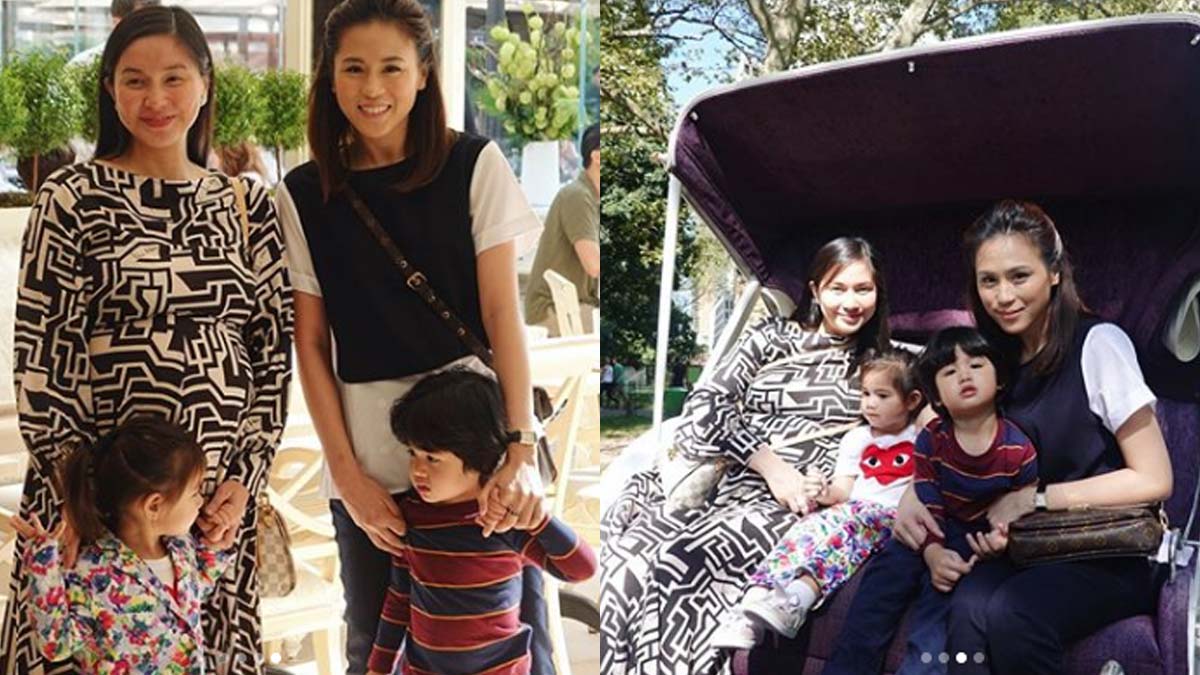 Rendezvous in New York: Mariel Rodriguez (in printed dress) and Toni Gonzaga (in black and white top) together with their kids Isabella Padilla (in floral attire) and Seve Soriano (in striped shirt).
PHOTO/S: @celestinegonzaga on Instagram

Good friends Mariel Rodriguez and Toni Gonzaga, who happen to be both in the States, took some time to get together over brunch in New York City.

The It's Showtime host captured the moment on Instagram with this sentimental caption, "Brunch with the Sorianos. How far our friendship has come @celestinegonzaga now super moms."

Last week, Mariel arrived in the States, where she plans to give birth to her second daughter, Gabriela.

Toni, with husband and son in tow, flew to the States a week earlier than Mariel to attend a course offering at the Harvard University in Cambridge, Massachusetts.

Toni echoed Mariel's sentiment. The Voice Kids host wrote in her post, "Out of all the walks we have taken in our personal and work life, this is by far my most favorite one. So happy to see you and Isabella!"

As the Kapamilya talents exchange news about each other, their kids Isabella and Seve get to play together.

Mariel wrote in a separate Instagram post, "Isabella and Seve oh what a joy seeing our children get along @celestinegonzaga next time with Carmen, Lucia and Gabriela."

Carmen and Lucia are Bianca's daughters.

Since both Mariel and Bianca have two kids each, the ABS-CBN host then teased Toni in her caption.