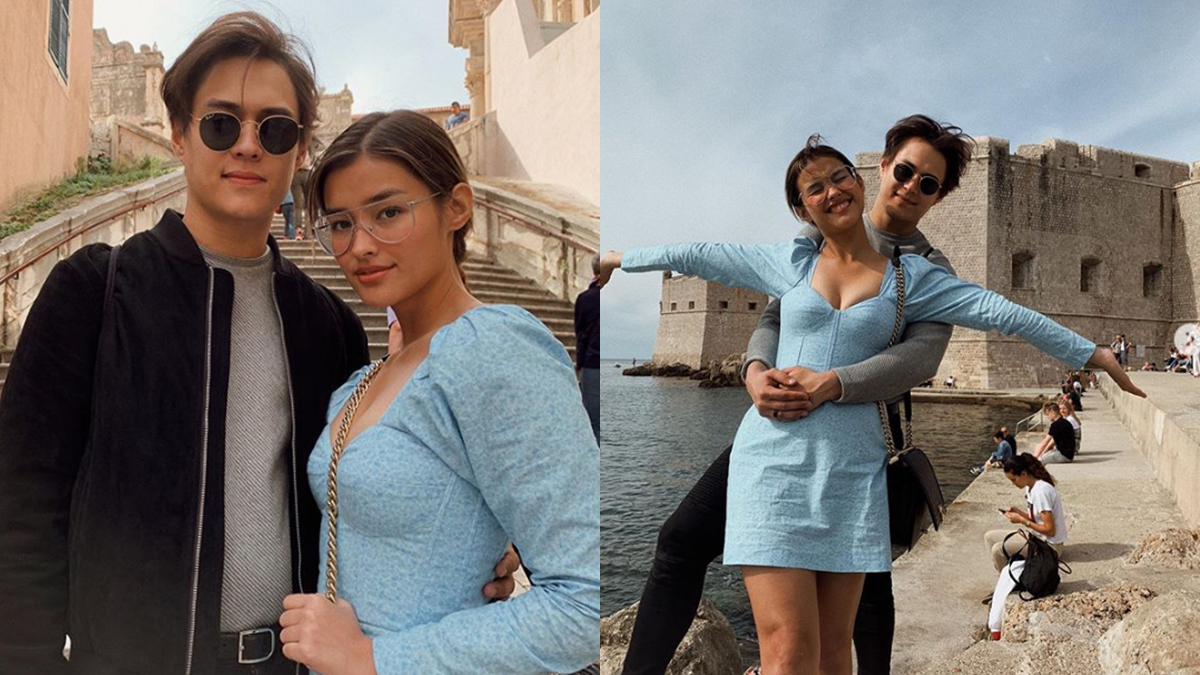 Liza Soberano and Enrique Gil fly to Croatia in September to film some of the scenes for their upcoming rom-com series Make It With You.
PHOTO/S: @lizasoberano on Instagram

Fans are excited about the prime-time TV comeback of Enrique Gil and Liza Soberano.

The upcoming ABS-CBN rom-com series Make It With You is set to start airing on January 13, 2020, and will be directed by Cathy Garcia-Molina and Richard Ibasco Arellano.

Enrique and Liza have been filming the series since September and flew to Croatia to shoot some of the scenes.

In an interview with PEP.ph (Philippine Entertainment Portal) and other members of the press, Enrique and Liza talked about their experience filming the series, and named some of their favorite spots in the beautiful Central European country.

Liza said they faced a few challenges during their brief stay, but still considered it as an amazing experience.

The Kapamilya actress recalled, "It was really fun shooting there, but there were struggles, of course. In Croatia, they speak Croatian so there's really a language barrier.

"But everything went smoother than I actually expected it to be because considering the fact there are only nine people from the Philippine team who went to Croatia.

Dubrovnik is a city in southern Croatia known for its massive stone walls that were completed in the 16th century.

"Of course, with Direk Cathy and Direk Richard's supervision, I saw some of the clips, it's really beautiful and scenic."

For his part, Enrique admitted that he did not know much about Croatia.

But the Kapamilya actor was left speechless with the beauty of Croatia after spending over three weeks in the country.

PLACES TO VISIT IN CROATIA

One of the places they visited was the City of Split, the second-largest city in Croatia.

Liza told PEP.ph, "I'm not sure, but I think it's more like their party scene."

One of the popular tourist spots in Split is the Diocletian's Palace. This ancient palace was built for the Roman emperor Diocletian in the fourth century A.D. for him to spend his retirement years.

It also served as one of the filming locations of the hit HBO series Game of Thrones.

The catacombs and basement halls of the palace were transformed into Daenerys Targaryen’s (portrayed by Emilia Clarke) grand-looking Meereen throne room. Another area was transformed into the dungeon where she locked in her dragons.

Located in the southern part of the country, the city of Dubrovnik is also a must-visit place in Croatia, according to Liza and Enrique.

Enrique explained, "When I was there, ini-imagine ko while I was going around, 'Oo nga ano? Walang ganito yung Philippines na mga old castles...'

"These are really ancient civilization towns, talagang old town talaga itong mga ito. Like, I think, by that time, the Philippines was underwater when these were already up.

"Iniisip ko lang, 'Wow, grabe, we're walking on ancient stuff!' And it's just amazing that they live in this small island to see this history, na you see in books lang."

In a separate interview, Liza said, "It's the more cultural, historic place... It's so beautiful there. Parang, when you see it, it's things that you see on the Internet or in movies and you can't believe that it's real.

"But when you see it, parang it's also haunting. There's like a haunting feeling 'cause you know that so much has happened in that place."

Dubrovnik is one of the prominent Game of Thrones filming locations. The city was turned into King's Landing, the capital of the seven kingdoms, in the hit HBO series.

Meanwhile, Enrique also loved the historic island of Korcula. He was left in awe after visiting the house of Marco Polo, an Italian merchant, explorer, and writer known for opening trade routes to East India and China.

The 27-year-old actor explained, "The great Marco Polo, that's where he was from, sa Korcula.

"That's where he led his expedition going around Europe."