Benguet's Sakura park is your next picture-perfect destination 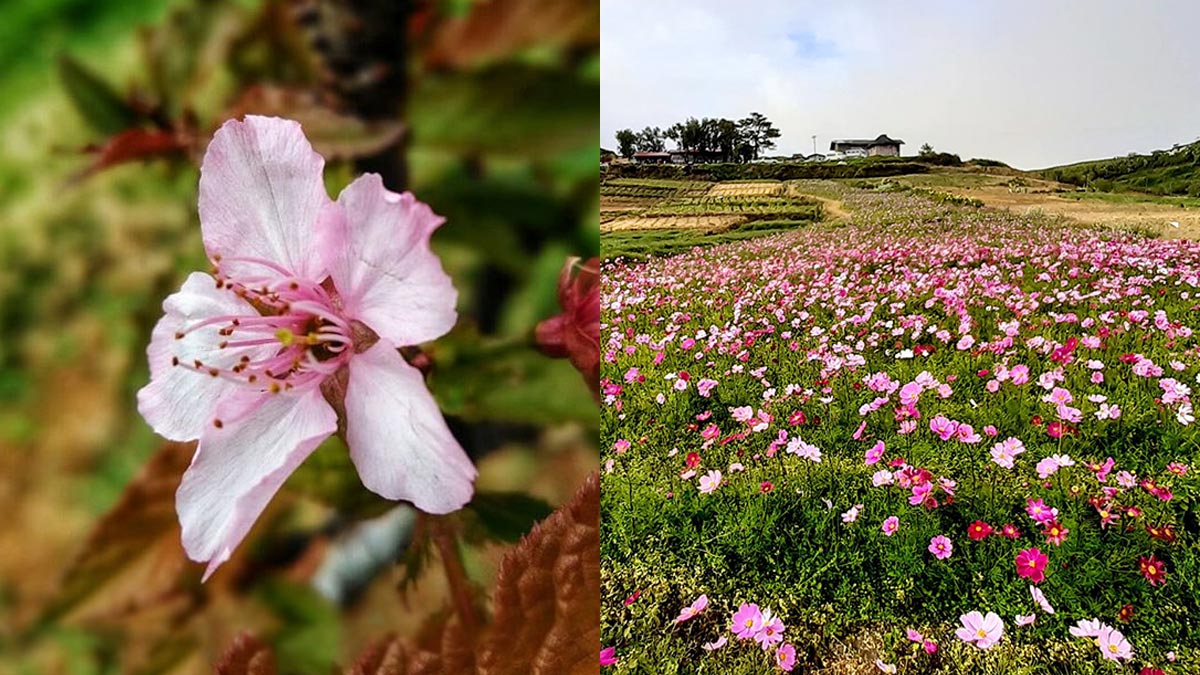 Pinoys no longer need to fly to Japan to see cherry blossoms or sakura up close.

Haight's Place in Atok, Benguet, has been growing sakura trees that started blooming in the year 2018.

The trees are gifts from the Kochi Prefecture and Japanese embassy to the province of Benguet given in 2016, the year the two provinces celebrated the 40th anniversary of their ties.

More than a hundred sakura trees were first planted in the area in November 2015 but only a few survived because they were planted at the wrong time of the year, Japanese botanist Kiyuharu Yamamoto told CNN Philippines,

The new set of sakura trees that were gifted to Benguet in 2016, however, were planted during the rainy season.

Atok is the ideal place to grow sakura trees in the Philippines because its temperature is akin to spring in Japan.

The park's caretaker, Edward Haights, said in an interview with ABS-CBN News that sakura is a delicate flower that can only grow in cold weather.

Although the trees in Atok are still in their infant stage, the blooming flowers are a good sign that they will thrive in time.

The cherry blossoms in the Atok usually sprout between March to April, and last for only two weeks.

While everyone is still waiting for the park to fully blossom, you can still enjoy its other picture-worthy areas, like their vast field of pink daisies.

They also have flowers covered with frost that usually come about during the early part of the year.

Haight's Place has a mossy forest you can walk on.

Here's a campsite for the hikers...

...and a cordillera-inspired cottage for the dwellers.

Of course, what's a visit to Benguet without devouring its scenic views?

You can travel all the way to Atok by taking a three-hour bus/car ride from Baguio.